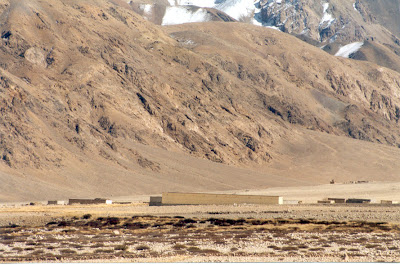 Chief of Army Staff, General V K Singh, declared that "the 'so-called' intrusions take place due to perceptional differences about the Line of Actual Control (LAC) between India and China, an issue which is being addressed by the two countries through discussion".
It is regrettable that the Army Chief should speak of 'so-called intrusions'. Either there are 'intrusions' or there are not.
'Perceptional' does not mean anything. The Chinese 'perceive' the entire Arunachal Pradesh as theirs. What conclusions should the Army take?
Regarding Demchog, I reproduced here the minutes of the 1960 negotiations between India and China. The 'perceptions' of both countries have not changed since then.
At one point during the negotiations Dr S. Gopal remarked that Demchog was the place where the 'perceptions' between the two sides were the closest. The Chinese side was not far to agree to the Indian historical facts. The answer of the Chinese, cited at the end is rather vague and without any historical or map references.

Five rounds of talks between India and China (1960)
Attended the talks, on the Indian side:Mr. J. S. Mehta, Director, China Division in the Ministry of External Affairs
Dr. S. Gopal, Director, Historical Division in the Ministry of External Affairs
Among the advisors who attended all meetings were:
Mr. V.V. Paranjpe, Mr. T. S. Murthy and Mr. G. Narayana Rao.
Mr. K. Gopalachari attended only those meetings as were held in New Delhi.

The first two meetings were held in Peking, in late June and late July 1960; the next two in New Delhi, in late August and late September 1960 and the last in Rangoon, early in December 1960. 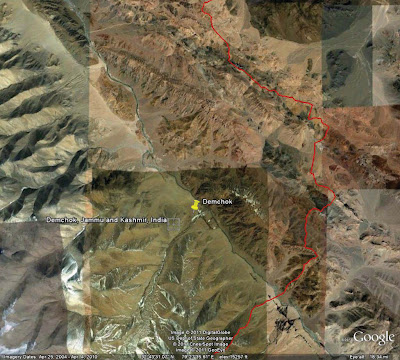 Beijing (Fourth Week of June)
(Dr. S. Gopal presents Indian’s stand on Ladakh). Now, Maryul, meaning lowlands, was the name given to Ladakh. Even at that time i.e. in the 10th century, the boundary of Ladakh was therefore known to lie — apart from Rudok which at that time belonged to Ladakh — at Lde-mchog-dkar-po, i.e. Demchok; and at the top of the pass of the Yimig rock, i.e. at the Imis pass; and Wamle, i.e. Hanle, was known to be within Ladakh. The present Indian alignment runs past Demchok and through the Imis pass to include Hanle in India. So even in the tenth century the boundary alignment of Ladakh was, in this sector, where it is now.
In the later part, i.e., the second half of this same Ladakh Chronicle, there is a reference to the war that took place at the time (1681 to 1683) when this part of the chronicle was being written, when a mixed force of Mongols and Tibetans invaded Ladakh. This force was driven out by the Ladakhis with the assistance of the Mogul Governor of Kashmir, Ladakh in 1664 having become a part of the Mogul empire. The Ladakhi Chronicle states — I am quoting from page 116 — that after the war Ladakh Tibet again decided that “the boundary shall be fixed at the Lha-ri stream at Bdemchog”. Bde-mchog is clearly Demchok and this quotation shows that in the 17th century, as in the tenth century 700 years earlier, the traditional boundary of Ladakh continued to lie east of Demchok. 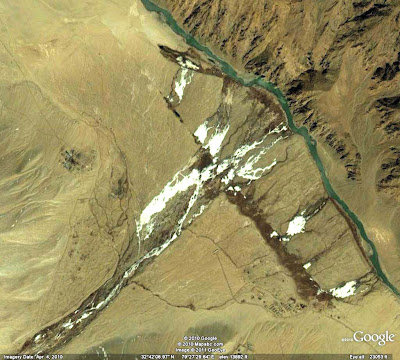 Mr. Mehta: I just wanted to know whether it is proposed that documents or photostat copies of documents are to be exchanged or are they to be shown in original and not be given for study.

Mr. Chang: They must just be shown.

Dr. S. Gopal: Now we are coming to rarer documents. If the Chinese side prefers the system of exchange of photostats.

Mr. Chang: Suppose we do like this. If the quotations are short, we can quote them orally. If they are longer then we may exchange typed copies to start with. But we will discuss what method we will adopt in varying situations because to prepare photostats may require some time.

Dr. S. Gopal: Extracts are quite convenient for documents; but what about maps?

Mr. Chang: For maps we have either photostats or originals.

Mr. Mehta: I take it that it is agreed that wherever possible, considering the nature of the documents, photostats will be exchanged; that would provide us time to study them, which of course cannot be done immediately. We do not want to complicate this business any more than is necessary. I think perhaps we might leave it now by saying that if the receiving side which is to study the document desires to have a Photostat copy, then the furnishing side should be agreeable to provide it.

Mr. Chang: In principle we have no objection to this, but in some specific cases, as Dr. S. Gopal has mentioned some books, if we want Photostat of the entire book, it may be difficult. In such cases, only the relevant portions may be given.

Mr. Mehta: Of course, in the case of published material, this may not always be necessary, but even where photostats are considered necessary obviously we must limit it to the relevant portions.

Dr. S. Gopal: What about maps?

Mr. Mehta: In the case of maps, it will be necessary to exchange photostats.
(The Chinese side agreed)

Dr. S. Gopal: Shall I continue?

NEW DELHI (Fourth Week of September)
The Chinese side answered in a vague manner:
Mr Yang: Concerning the area of Pangong lake and the Demchok area, we have cited firm and unshakable facts and evidence to prove that they belong to Tibet and at the last meeting I further explained the Shika system of Tibet in the past under the system of feudal lords and pointed out that according to this system and feudal lords not only enjoyed the right of ownership of land and revenue but also enjoyed the right of administrative jurisdiction as in the competence of the State authority towards the Shika. This is known to all those who are familiar with the situation of Tibet. The fact that the Tibet local government in Demchok directly administered the Shika, proves that the Tibet local Government has carried out directive administrative jurisdiction in this area.
Posted by Claude Arpi at 7:33 AM