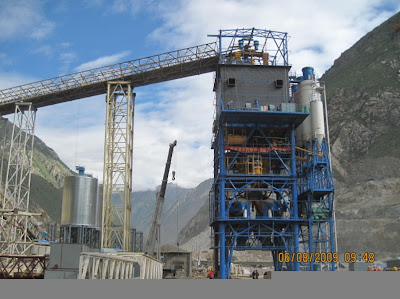 Can you believe that a Union Minister for Power is not aware of the dam(s) being built on the Brahmaputra?
It is the case of Mr Sushil Kumar Shinde who not only does not read the Chinese press, but also does not get information from his own Intelligence agencies.

'Not aware if China building dam on Brahmaputra'
Press Trust of India
Agartala,
January 02, 2011
India on Sunday said it was not aware about any dam being constructed on the upper reach of Brahmapurtra by China.
"I have not been communicated by any quarter that China was constructing dam on Brahmaputra. So there is no point to react to it," Union Power Minister Sushil Kumar Shinde said.
Shinde was reacting to reports in a section of media that China was constructing a dam on the upper reach of Brahmaputra in Tibet and diverting water.
Earlier addressing a seminar 'Opportunities in Power Sector', the minister said the Centre was positively considering the Tripura government's request for connecting a power transmission line from Tripura to Bangladesh.
Shinde also laid the foundation of a 52 mw power project at Ramchandranagara near Agartala.
He also met Tripura Governor DY Patil and Chief Minister Manik Sarkar.
Posted by Claude Arpi at 7:48 AM