The CIA boost for the Tibetan Special Forces 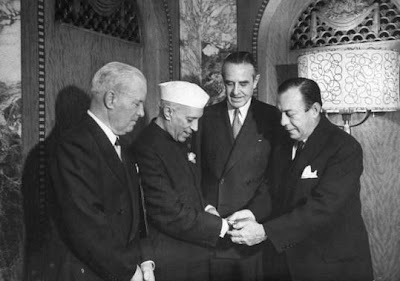 In my previous posting, I mentioned the letters written by Nehru to Kennedy on November 19, 1962.
It was followed by the visit of a high-level US delegation headed by Averell Harriman on November 22 (the day after the unilateral Chinese cease-fire).
A few days earlier, the IB Director BN Mullik had created the Special Frontier Forces (SFF) by recruiting 5000 Tibetan refugees.
Following Harriman's visit, the Force received a great boost from the US Central Intelligence Agency as several senior officials of the Agency accompanied Harriman on his visit to India. The 'collaboration' will continue till the end of the 1960's.
By the time the SFF were ordered to march into Bangladesh, the CIA was no more involved with the Tibetan 'secret' Force.
Kenneth Conboy's book on the CIA and Tibet gives more details.