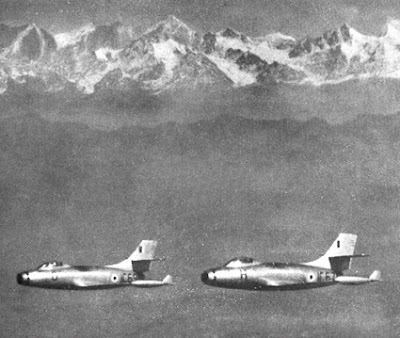 Though two months old, I am posting two remarkable articles by Inder Malhotra on the 'secret' letters written by Nehru to Kennedy in November 1962.
Till these letters were 'declassified' by the veteran journalist, there was only a brief mention about their existence in the Foreign Relations of the United States (1961-1963, South Asia published by the Office of the Historian of the State Department).
The US document says: "The letter conveyed in telegram 1891 was the first of two letters sent by Nehru to Kennedy on November 19. The second was delivered to the White House by the Indian Ambassador on the evening of November 19. The text of that letter was transmitted to the Embassy in New Delhi in telegram 2167, November 19. These letters have not been declassified by the Indian Government. In his biography of Nehru, Gopal summarized these two letters as follows:
["Nehru, apparently without consulting any of his Cabinet colleagues or officials, apart from the Foreign Secretary, M.J. Desai, wrote two letters to Kennedy describing the situation as 'really desperate' and requesting the immediate despatch of a minimum of twelve squadrons of supersonic all-weather fighters and the setting up of radar communications. American personnel would have to man these fighters and installations and protect Indian cities from air attacks by the Chinese till India personnel had been trained. If possible, the United States should also send planes flown by American personnel to assist the Indian Air Force in any battles with the Chinese in Indian air space; but aerial action by Indian elsewhere would be the responsibility of the Indian Air Force. Nehru also asked for two B - 47 bomber squadrons to enable India to strike at Chinese bases and air fields, but to learn to fly these planes Indian pilots and technicians would be sent immediately for training in the United States. All such assistance and equipment would be utilized solely against the Chinese." (Gopal, Jawaharlal Nehru, Vol. 3, pp. 228 - 229)]".
As the content of these letters was made public, the Indian National Congress decided to erase the 1962 conflict from its memory.
A book on the 125 years of the INC was released without a word on the 1962 episode. IANS wrote: "The Congress has highlighted the role of former Prime Ministers Lal Bahadur Shastri and Indira Gandhi in the India-Pakistan conflicts in its book marking 125 years of its formation but has not spoken of the 1962 war with China, for which the country's first prime minister Jawaharlal Nehru faced a lot of criticism."
Alzheimer at 125!