Tibet gets back to work 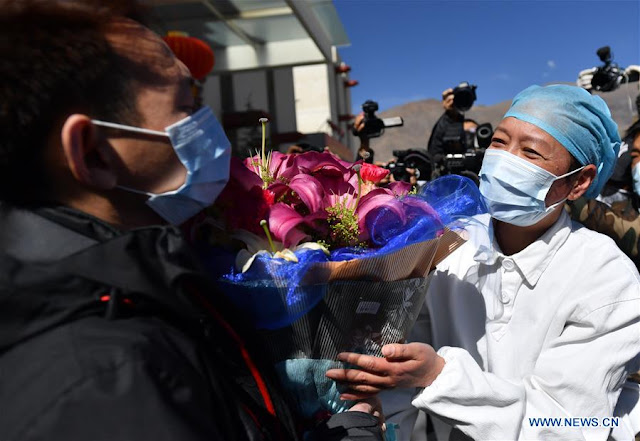 It’s perplexing that when China is still in lockdown, work has resumed on infrastructure projects in Tibet. India must watch these developments carefully and take necessary measures 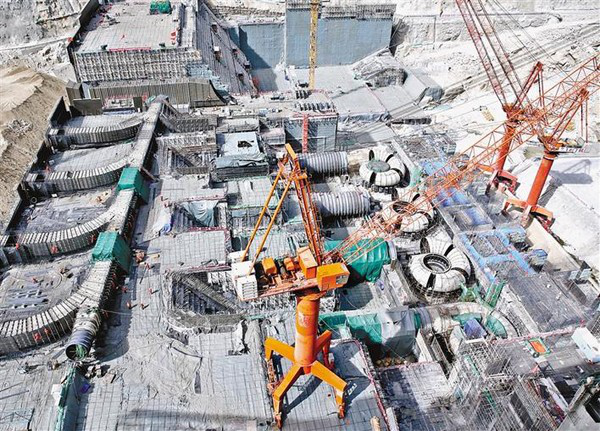 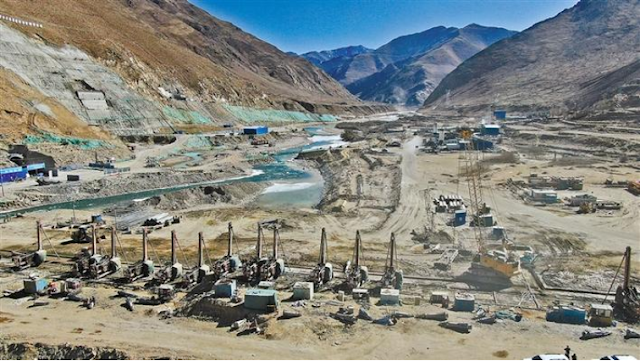 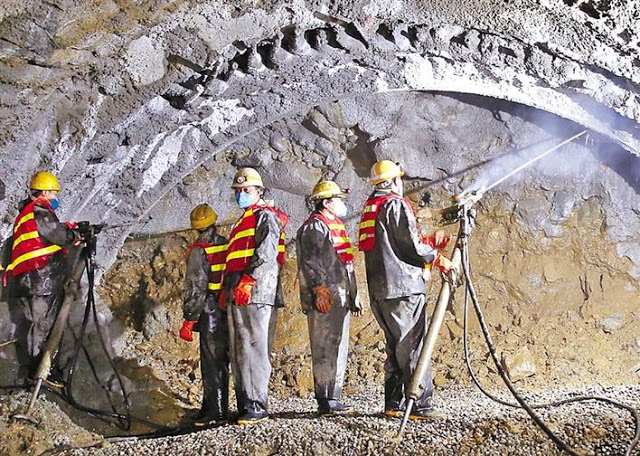 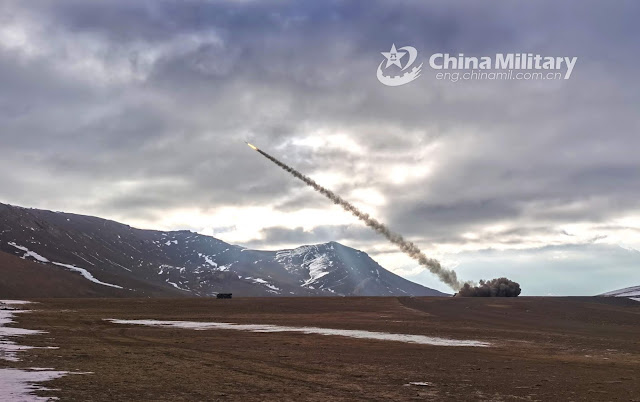 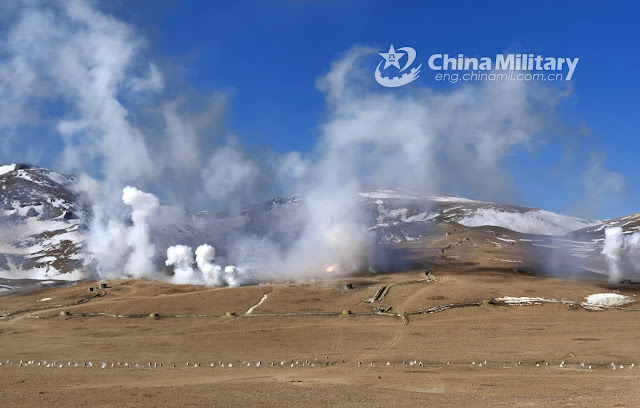 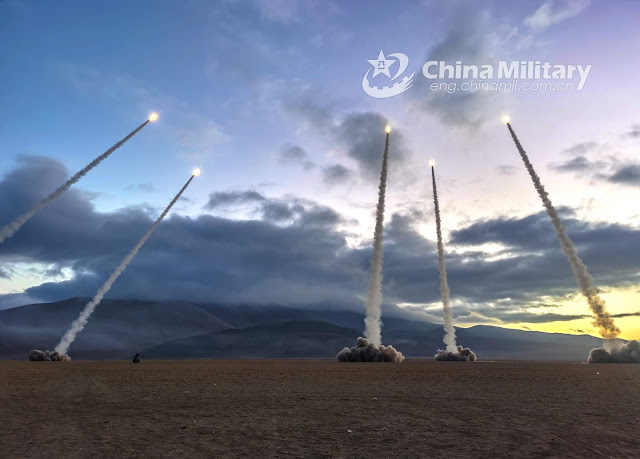 Posted by Claude Arpi at 6:23 AM No comments: 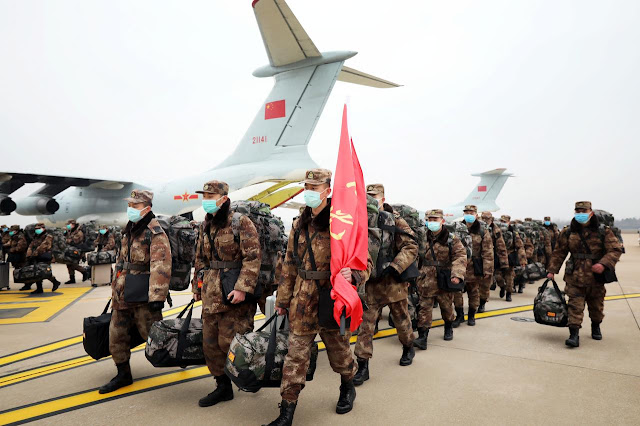 While the contagious phase of COVID-19 may ebb and the communist regime may deny the PLA’s role in the battle, the world may not see it in the same light as before

Posted by Claude Arpi at 7:42 AM No comments:

Menon was one of the strangest characters to have appeared on the political scene after independence.

During a recent visit to the national capital, as I was approaching the Central Secretariat in Lutyens’ Delhi, I passed a majestic statue of perhaps the most controversial Indian politician since independence. I could not help but wonder why India still honours someone who brought so much disrepute to the nation, particularly as defence minister between 1957 and 1962.

Legacy of a debacle
Though a well-researched book on Krishna Menon was published recently, the author did not elaborate on the implications of having the wrong person, at the wrong place in the years preceding the India-China border war.
Menon was one of the strangest characters to have appeared on the political scene after independence. PK Banerjee, the Indian chargé d’affaires in Beijing in 1962, who often encountered the arrogant politician, wrote in his memoir: “Krishna Menon’s appearance in the Indian political arena was as sudden as it was unexpected... He was enrolled as a barrister. He hardly had any legal practice …[but] became a protégé of Palme Dutt, a lawyer and founder member of the British Communist Party.”
A friend of India’s then Prime Minister, Menon soon became Indian High Commissioner in the UK and, in April 1957, he was appointed the defence minister: “In addition, for all practical purposes, he functioned as foreign minister de facto,” noted Banerjee. Menon was certainly brilliant in many ways, but 63 years later, India still suffers because of Jawaharlal Nehru’s mistaken choice. One of the many blunders that he committed was to post his favourites in positions where they should never have been; this eventually led to the resignation of the then Chief of Army Staff, General KS Thimayya. He also messed up the Aksai Chin issue.
Let us go back to the early 1950s. After the People’s Liberation Army entered Lhasa, the Chinese made plans to improve communications and built new roads on a war-footing. The only way to consolidate and ‘unify’ the Middle Kingdom was to construct a large network of roads. One of these roads was the Tibet-Xinjiang Highway (today infamously known as the Aksai Chin road). The first surveys were done at the end of 1951-52 and construction began in 1953. The official report of the 1962 China War prepared by ministry of defence gave a few examples showing that the construction of the road cutting across Indian soil on the Aksai Chin plateau of Ladakh was known to the Indian ministries of defence and external affairs, and this long before it was made public.

A daring mission
In early 1957, the Army selected an officer to go with a patrol and physically confirm the reports that China was building a road in the Aksai Chin area; the officer was Lt Col RS Basera of 1 Kumaon Rifles. Later, in a note Basera’s son wrote: “His mission was to be tough, exciting and most unique, as he had to proceed under cover to the vast plateau of Aksai Chin and confirm reports that the Chinese were constructing a motorable road from Kashgar to Lhasa.” Disguised as a yak herder, Basera was accompanied by Havildar Diwan Singh from the Corps of Engineers. They were to move with three genuine Ladakhi yak herders. During a briefing at the Headquarters in Leh, Basera was told that it was crucial to maintain utmost secrecy about the mission.

The Military Intelligence (MI) instructed them not to carry any documents that could disclose their identities, no notes should be taken. They were asked to memorise the map and the route: “They had to move in the easterly direction from Leh for about 250-300 km, till they reached the expected location of the new Chinese built road, in Aksai Chin. Initially, they would pass over difficult, undulating terrain, till they crossed the Karakoram Mountain Range and Shyok River,” wrote Basera’s son. Their mission was of national importance, said their handlers in the MI. After a long and adventurous journey, they finally entered Aksai Chin. On the third day, one of the herders suddenly pulled Basera's shoulder and showed him a dark line on the horizon; it was the road. The next morning, they walked in the direction of the road: “The otherwise sluggish yaks too moved forward with renewed energy, matching the sudden spring in the step of their handlers!”

Spanner in the works
At noon, they were now near the raised road, they mentally noted every detail of the road that was not yet tarred. They immediately decided to return and inform the authorities of their discovery. They were asked to report in Delhi. “At the end of the day they were told by a Lt Col from MI, that their report would be sent to defence minister Krishna Menon, who would then discuss it with the PM.”
According to the report written by Basera’s son, “the defence minister surprisingly supported the Chinese side, and even called it a friendly neighbour. He asked the MI director, if the area through which the road passed had been confirmed on a map.
The DMI told him the patrol had not carried a map for security reasons.” But that was not all, the Prime Minister and the defence minister, “more or less rebuked the DMI for sending the patrol. The PM told the defence minister that no more such patrols were to be sent to Aksai Chin till the matter had been thoroughly investigated,” as such patrols could easily vitiate the good relations between friendly neighbours.
When he was given the report, Lt Col Basera felt utterly disgusted: “The long and difficult patrol they had undertaken, now appeared to have been a futile, month-long exercise.” The greatest tragedy is that there must be hundreds of such files, but they are still buried in the almirahs of South Block. Does it help India to hide its own history?
Posted by Claude Arpi at 6:45 AM No comments: