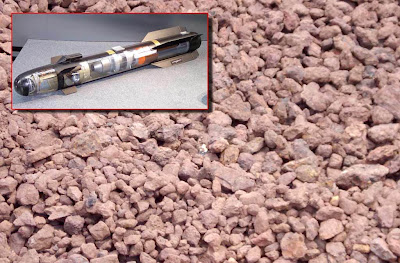 One more worrying news. China has more or less the monopoly on the Production of Rare Earths. I am copying here an article of Wikipedia on the Rare Earths production and another on the defense implications for the US.
What will happen in case of conflict between China and the US? One billion yuan question!
India is slightly better positioned.

The highest concentrations of mineable rare earth elements are Inner Mongolia, China, Mountain pass, California, and Mount Weld, Australia.
The use of rare earth elements in modern technology has increased dramatically over the past years. For example, dysprosium has gained significant importance for its use in the construction of hybrid car motors. Unfortunately, this new demand has strained supply, and there is growing concern that the world may soon face a shortage of the materials. In several years, worldwide demand for rare earth elements is expected to exceed supply by 40,000 tonnes annually unless major new sources are developed. All of the world's heavy rare earths (such as dysprosium) are sourced from Chinese rare earth sources such as the polymetallic Bayan Obo deposit. Illegal rare earth mines are common in rural China and are often known to release toxic wastes into the general water supply. The Mountain Pass rare earth mine in California is projected to reopen in 2011. A site at Thor Lake in the Northwest Territories is also under development. Locations in Vietnam have also been considered.
Chinese export quotas have also resulted in a dramatic shift in the world's rare earth knowledge base. For example, the division of General Motors which deals with miniaturized magnet research shut down its US office and moved all of its staff to China in 2006.
In Sept. 1, 2009, China announced plans to reduce its quota to 35,000 tons per year in 2010-2015 to conserve scarce resources and protect the environment. Other sources of rare earth have been searched to avoid shortages and China's monopoly, mainly in Australia, Brazil, Canada, South Africa and the United States. In May 2010, China announced a major, five-month crackdown on illegal mining in order to protect the environment and its resources. This campaign is expected to be concentrated in the South, where most mines are smaller."
World Mine Production (Tonnes)

Key Components of America’s Military Dominated by China?
05 August 2010
Jul.05 (China Military News cited from Business Insider)
How can we put this without sounding alarmist?
Most of America’s key military technologies require rare earth elements, whose production China holds a near-monopoly over.
It’s thus perhaps no surprise that China has made the threat of rare earth export restrictions a new political bargaining chip.
While the U.S. technically has large sources of rare earth elements within its territory, the U.S. rare earth mining industry died over ten years ago.
The Pentagon and the US Energy Department are still scrambling to work out what this means for US security. An interim report from the Government Accounting Office (GAO) has laid bare just how delicate the situation has become.
“The US previously performed all stages of the rare earth material supply chain, but now most rare earth materials processing is performed in China, giving it a dominant position. In 2009, China produced about 97 percent of rare earth oxides. Rebuilding a U.S. rare earth supply chain may take up to 15 years,” it said.
The GAO report said the US had been self-sufficient in rare earth minerals for most of the post-War era. The key mine at Mountain Pass in California shut down in the 1990s when China flooded the market with exports and drove Western mines out of business. One by one, US-based processing plants owned by German and Japanese firms switched operations to China. There are none left.
Cutting-edge weapon technologies are classified, but the GAO said the M1A2 Abrams tank and the Aegis Spy-1 radar both rely on chinese samarium. The US Navy’s DDG-51 Hybrid Electric Drive Ship needs neodymium, which enhances the power of magnets at high heat. The Hell Fire missile requires Chinese components, as do a host of functions in satellites, avionics, night vision equipment, and precision-guided munitions.
We’ll admit that we previously didn’t consider China’s rare earth global monopoly, at 97% of global production, a major issue, given the U.S. has massive rare earth reserves within its borders.
Yet if it would really take 15 years to re-start a homegrown rare-earth industry, then surely China’s monopoly is worrisome, not just militarily, but also economically since rare earth metals are a part of many new consumer technologies, from iPads to hybrid cars.
Posted by Claude Arpi at 11:35 AM