The Fat Years of China 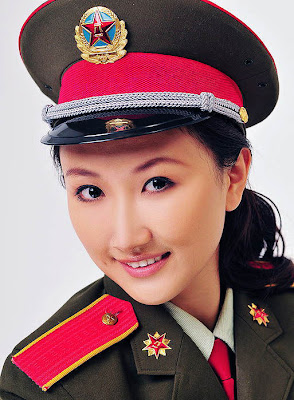 A new dystopian novel is said to be spreading ‘like a fire burning in the wilderness’ amongst intellectuals in China. Let me explain.
‘Dystopian is the antonym of ‘utopian’. According to the dictionary, it is used for ‘a futuristic society that has degraded into a repressive and controlled state, though often under the guise of being utopian’. In other words it is a negative utopia.
‘Like a fire burning in the wilderness’ is an expression used by Mao Zedong to describe ‘the unexpected rise and popularity of something marginalized or rebellious’.
These metaphors describe a new ‘political’ book, Shengshi: Zhongguo 2013 written by Taiwanese art critic Chan Koon-chung who has been residing in Beijing for the past 10 years. With ‘shengshi’ usually translated as ‘fat years’, the novel is a description of the ‘fat years of China in 2013’.
Though not distributed in the mainland, Chan Koon-Chung's novel has already had a tremendous impact in Hong Kong and Taiwan and of course amongst netizens and bloggers in the People’s Republic.
In The South China Morning Post, Paul Mooney explains: “It's the year 2013 and China is stronger and richer than ever before, while the rest of the world is still reeling from a huge economic tsunami that struck a year earlier. Starbucks is now owned by the Wang Wang Group, and the hottest new drink around the world is longane dragon well tea latte. The authoritarian and often ruthless, Communist Party faces no serious opposition and is patting itself on the back for not following the path of the West. Capitalism with Chinese characteristics is thriving and foreigners who once lambasted China over human rights are now afraid to offend China. Most interesting, the majority of the Chinese people, at least the residents of major cities, are enjoying unprecedented fat times, and couldn't be happier.”
The Middle Kingdom has reached the peak of its prosperity when suddenly the entire population (with the exception of a few) suffers of a ‘collective amnesia’: a month is erased from the memory of the nation, at the same time the population gets intoxicated with the feeling of happiness.
The first part of the book introduces the main characters, while the second tells the story of Lao Chen, a Taiwanese writer who lives in Beijing since many years (like Chan Koon-chung) and shares the collective happiness, until he meets Fang Caodi, one of few who still remembers the terrifying lost month. Both search for Xiao Xi, a young rebel who may also have witnessed this ‘lost month’. Xiao Xi is terribly frustrated as her intellectual friends have stopped fighting against the regime in exchange of comfortable bourgeois lives: "They've changed …They've all become so satisfied."
While searching for Xiao Xi, Chen and Caodi slowly discover a dark China behind the material prosperity. China is not shining, though its people suffer from a collective illusion. The culmination of the story is when the seekers managed to kidnap a high-ranking official named He Dongsheng. They force him to tell the truth about the lost month. After they learn that the Chinese ‘gilded years’ have been achieved by ‘cunning, deception and terror’, they decide to leave the ‘prosperous, powerful, and happy China’.
The novel raises several fascinating (and embarrassing) ‘political’ issues about today’s China. This is probably the reason why the novel will not be published in the Mainland. A reviewer wrote: “the author provides a convincing assessment of how deceptive propaganda, historical misrepresentation, and forced amnesia work together to severely distort the personality and mentality of China’s new generations.” Interestingly the new generation is as severely touched by the loss of memory as the older one.
It is worth reflecting on some of the contemporary issues raised by Chan Koon-chung. 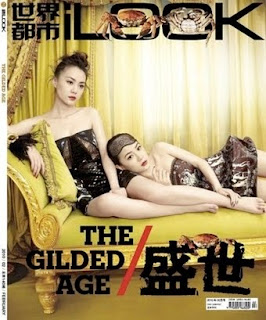 • The Party uses violence to control its own people. In the novel, the Party treats China’s drinking water with a chemical which can change people’s mood, managing to induce the entire nation into a feeling of well-being and happiness. This stirs deep into the psyche of China’s intellectuals. Many in China probably realize today that they have swallowed the amnesia pill. Chan writes that most Chinese have forgotten what happened between the big disaster and the fat years. What about the Tiananmen Square event (referred to in the book as 8964 for June 4, 1989)? The main character Chen asks if this event really happened or not, because after the massacre, “a lot of people in China believed that if the government didn’t suppress the people, society would deteriorate.” It is what Party propaganda made them believe.
• Another interesting point raised by the novel is that the ‘masses’ have been the accomplice of the Party. One character argues, “If it were not that the Chinese people want to forget, it would be not possible for us to force them to do so,” and concludes “it is the ordinary Chinese people themselves who voluntarily take the drug which causes the amnesia.” It is a fact that many Chinese academics or thinkers prefer today to ‘work’ with the Party and join one of the thousand-odd official think-tanks run by the Party, rather than rebel and fight the system like Xiao Xi does. Even in India, most young citizens dream of a sinecure, justifying that he/she will be more useful to the society working within the system. As a result, most sins (social injustice, corruption, babuism, nepotism, etc) are bound to remain forever.
The kidnapped official He Dongsheng says at one point that the Central Propaganda Department does indeed do a lot of work to cover up the truth of the lost month; but it is the Chinese people themselves who choose to forget in the first place.
• It is true that ‘fat years’ have a soporific effect, not only in China. A double-digit growth makes many in India very complacent. Does it mean that when a nation become ‘fat’, the thinkers should stop thinking and keep mum?
• The founder of a leading Chinese scholarly journal lists ten features of the ‘Chinese model’: “democratic one-Party dictatorship, rule of law with social stability as its top priority, an authoritarian government for the people, a state-controlled market economy, fair competition dominated by the central government-owned enterprises, scientific development with Chinese characteristics, self-centered harmonious diplomacy, a multi-racial republic with sovereignty of one people, post-Occidental and post-universal main body of thought and national rejuvenation of the incomparable Chinese civilization.”
The ten characteristics show the skills of the propaganda masters in Beijing; they manage to marry incompatible values such as ‘democratic’ and ‘one-Party dictatorship’, or ‘authoritarian’ and ‘for the people’ or even ‘multi-racial republic’ and ‘sovereignty of one people’. The only question seems to be: how long can the amnesia pill remain potent and keep the people of the Middle Kingdom asleep?
• What is rather shocking is the abandonment by the intellectuals of their role as ‘conscience of the society’ and their open complicity with the State. It is probably why the book stirs so deep in today’s China. In the novel, a member of the Party explains that for intellectuals “recognition by the Party is the greatest success and honor possible.” In other words, the intellectuals are bought out by the promise of material gains or social status. Some may argue that it is not very different in India.
The book has been frequently compared to George Orwell’s 1984. A Chinese reviewer wrote: “From the surface, The Fat Years: China, 2013 and 1984 have several similarities. Both are set in a fictional totalitarian future, and both satirize the system which corrupts the society and the human soul. When we read The Fat Years, we can’t help but be reminded of its predecessor. There is also a Winston Smith in The Fat Years, in the form of Fang Caodi, who is searching for the ‘lost February’. There is also a Julia, in the form of the solitary fighter Wei Xi Hong. There is even a high official in the form of He Dongsheng who is a reminder of O’Brien.”
However the times are different, the Soviet Union has collapsed, China has 300 million netizens and potential bloggers (and a few lakh hackers) who should be clever enough to bypass the Great Firewall Wall of China to find out the truth.
But as long as the Party is able to feed the people and make them proud to be member of the G2, their national egos will probably grow ‘fat’ and they will be blinded by the ‘Orwellian’ system. One doubt however hovers above the Middle Kingdom: can the economic miracle last forever?
The themes used in the novel are obviously written with the situation of China in mind, but what makes this book special is that the concept can be applied at all times and to all nations. Did not Germany suffer a five-year amnesia between 1939 and 1945.
And what about India?
The parties in power (whether present or previous) have never had the propaganda machinery or even the cunningness to make the people swallow a long-lasting pill on their own, and India’s famous democratic system has proved to be a safety valve. Remember when a Party’s mantra was “India is Shining”? It was trashed during the following elections. This is perhaps the greatest advantage of ‘democracy’ compared to the ‘Chinese Model’.
Posted by Claude Arpi at 6:08 AM