A stupid argument: dam for dam 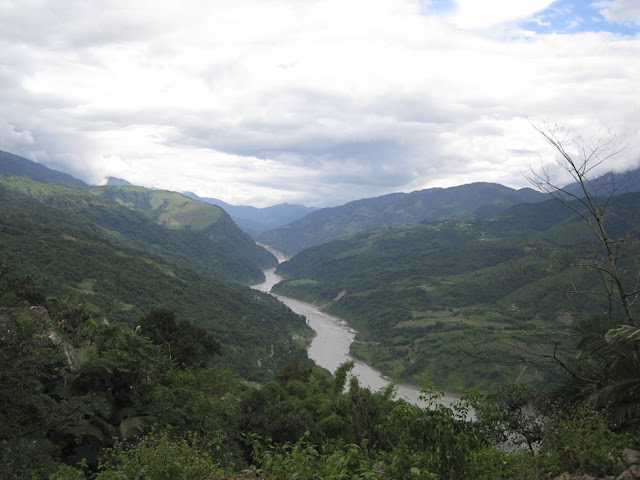 I find this argument (dam for dam) as one of the most stupid that one can imagine. It has come from the brains of bureaucrats and politicians who have vested interests in the construction of the dam.
It is surprising that The Economic Times uses this argument.
The pro-dams are probably thinking to take refugee behind the ‘First User’ rights on water flowing from across the border. Unfortunately, as a NGO River Basin Friends points out: "this logic defies the ground realities in absence of an international law on uses of trans-national rivers as much as absence of any binding and tenable treaty with Chinese government."
The NGO further explains: "A report by the Technical Expert Group on Brahmaputra Water Diversion (TEGBW) in early 2009 stated that average water contribution of Chinese river to Brahmaputra is just about 78.10 billion cubic meters (BCM). Although repeatedly Chinese have denied any plan to divert water from Brahmaputra towards its North Western Provinces, yet National Technical Research Organization (NTRO) confirms the Chinese plan to divert billions of cubic metres of water. Ministry of External Affairs had also endorsed the view that China has every reason to divert water to save time and cost towards water starved North Western Provinces. All claims and counter claims have been put to rest on Indian side by National Remote Sensing Agency (NRSA). NRSA’s report released in November 2007 indicated that construction in the Chinese area has further progressed in 3 out of 9 structures reported in Brahmaputra basin. As per an assessment report by the TEGBWD, this will reduce average inflow of water by 71.4 BCM into Brahmaputra River at the Chinese observation site called Nuxia. In commercial term for hydro developers, this would reduce the power generation capacity at Lower Siang Project to half and Siang Upper Project by one sixth."
The main point is that Delhi needs to sign a Water Treaty with Beijing regarding not only the Yarlung Tsangpo/Brahmaputra, but all the rivers originating from Tibet.


Dam for dam in Arunachal
Economic Times
6 Aug 2010,
Urmi A Goswami,
NEW DELHI: India will fast track hydro power projects in Arunachal Pradesh to counter the Chinese buildup in the area. China is developing a hydel project on the Yarlung Tsangpo in Tibet. Beijing may have assured that the project would not impact the flow of the river into India, but New Delhi is not sitting back. It is focusing on setting up projects on the Siang River, which what the Yarlung Tsangpo is known as after it enters India in Arunachal Pradesh.
This is what gives the Siang basin its strategic significance from an international point of view. Developing the Siang basin will strengthen India’s negotiating position with China. Till now, India has concentrated on the Subasari and Dibang basins.
In view of its importance, the environment ministry has made a commitment to the prime minister that it would put environment and forest clearance for the Siang river basin projects on a special track. As a first step it has already set out the terms of reference for the 2,700MW project by the JP group in lower Siang. The developer will now have to prepare an environment impact assessment report.
The Siang basin has a potential for 20,000 MW, of which only three specific projects with a total capacity of 11,000 MW have been identified. Each of these is at a preliminary stage. The environment ministry is understood to have made a written offer to the power ministry that it would clear these projects in an expeditious manner given their strategic importance.
Upper Siang project likely to be relocated on Chinese concernsth a capacity of 1,600 MW) and the Siang Middle Project (with a capacity of 1,000 MW) in Arunachal Pradesh. The government is considering the suggestion to provide more attractive rehabilitation packages and even additional incentives to the Arunchal Pradesh government to ensure that projects can be implemented smoothly. Given the these projects would improve India’s negotiating stand, in the face of relentless buildup by China, the matter is also being discussed by the group of ministers discussing the external interface on energy security. India and China have no water agreements. As a result there is no structured international convention under which India can appeal should its lower riparian rights be affected by the power projects on the Tsangpo river. In this context, developing the Siang basin provides India the best the safeguard.
Posted by Claude Arpi at 8:09 AM