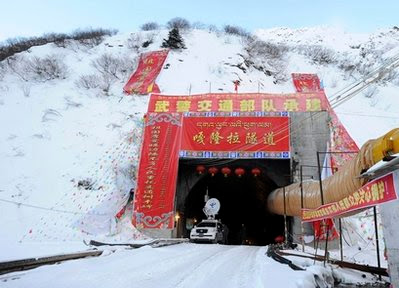 In 1818, the British started the Great Trigonometrical Survey, the ancestor of the Survey of India. They thought that the best way to ‘conquer’ the subcontinent was to map the subcontinent …and beyond.
Their best surveyors were put on the job. George Everest, who later gave his name to the highest peak of the planet, was one of them. One of the main objectives of the Survey was to acquire a better geographic knowledge of the remote Himalayan areas, particularly Tibet.
The resourceful Englishmen decided to use ‘locals’ (they called them ‘pundits’) for surveying (and spying) the Roof of the World. One of these pundits was Kintup, alias KP, a native of Sikkim. He was sent to Tibet with a special mission: to find out the course of the Yarlung Tsangpo. Was the mighty river flowing towards South-East Asia like the Mekong or to Burma…or to India?
After several years of adventure (and a few months working as a slave in a remote village in Southern Tibet), the illiterate KP found that the Yarlung Tsangpo and the Brahmaputra were the same river. He was however unable to explore some 120 miles of the river’s course where the Brahmaputra drops from an altitude of 12,000 to 3000 feet. KP tried to follow the river downstream, but was only able to reach an area called Pemakoe forty miles north of British territory in Assam (what is today Arunachal).
KP also tried to send marked logs down the river to see if they would reach Assam. Unfortunately, nobody got his message in British India and when he returned to Assam in 1884 (after four years on the mountain tracks), nobody believed his story. It is only several years later that the Survey found some of the logs in Bengal and that KP became famous.

On the eve of Chinese Premier Wen Jiabao’s visit to India, several Chinese official websites splashed the news that this area, also known as Metok [the Chinese pronounce it ‘Motuo’], had finally been ‘opened’. 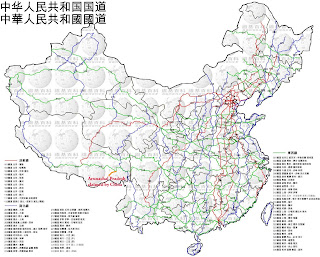 The Chinese TV proudly announced: “Motuo, Dream of connecting to outside world to come true”. A CCTV reporter elaborated: “Motuo is the only county in China which cannot be accessed by car. The county is located in the southeastern part of the Tibet Autonomous Region. The harsh natural conditions meant building a highway connecting Motuo to outside world was once considered a dream. However, just in a week, the last tunnel is due to be completed for the Motuo Highway and the dream will come true.”
Why was this news, which has grave strategic implications for India, made the headlines in China just one day before Wen’s arrival in Delhi?
It reminds me of AB Vajpayee’s visit to China in February 1979. He was the first senior Indian official to visit Beijing after the 1962 war. In the midst of his visit, China attacked Vietnam. On his return, the future Prime Minister informed the Parliament: “When reports confirmed these grave developments, I decided immediately to cancel the remaining programme of my stay in China.”
Or again during President Venkataraman’s visit in May 1992; the Presidential trip was spoiled when Beijing decided to conduct a 420 kiloton nuclear test in a vertical underground shaft. It was said to have been the most powerful in years.
Why does Beijing continue with these tactics?
Before leaving for Islamabad, the Good Mr. Wen interacted with Indian journalists; he told them "I know that there are over 500 presses in India, and the Indian system desires that the press has freedom. But I, at the same time, believe that the media should play a bigger role in promoting friendship between our two countries."
However ,does an announcement (with fanfare) that the PLA has managed to access the remotest corner of the Tibet-India border, help to promote friendship?
Or was it just a message to Delhi that Beijing is ready in case of conflict?
Xinhua reported: “Construction of the tunnel on a highway that links Tibet's Metok [in later dispatches, it was spelt the Tibetan way] County to the outside world was completed when explosives blasted through the final section. The construction crew announced the success of the blast, which took 152 kg of explosives, and workers from both ends met. It took construction workers more than two years to complete the construction of the 3,310-meter Galongla tunnel, built at an altitude of 3,750 meters. It is part of a planned highway that will link Metok County to the outside world, which is scheduled to be finished by the end of 2011.”
It is maybe true that Metok was the last county with no highway link in China, but who can believe that all these efforts are only for a population of 11,000?
The 117-km Metok Highway will link the Indian border to the National Highway 318 which, starting from Shanghai runs across the provinces of Zhejiang, Anhui, Hubei, Chongqing (municipality) and Sichuan before entering Eastern Tibet through Litang, Batang, Markan and Bomi, continuing upto Lhasa and ending at the Nepal border (Zhangmu).
The new road will join this most strategic axis at Bomi. Xinhua affirmed that the new tunnel “will shorten the time dramatically as the journey through the tunnel will take just half an hour,” adding that “90 km of highway between the end of the tunnel and Metok County, in Nyingchi Prefecture, has yet to be built.”
Nyingchi Town, located some 200 kilometers from Bomi, is already served by one of the largest airports in Tibet. It can annually cater for lakhs of tourists attracted by the gorges of the Brahmaputra.
Even more serious: engineers who have worked for the northward diversion of the waters of the Yarlung Tsangpo across hundreds of kilometers of mountainous regions to China’s northwestern provinces of Xinjiang and Gansu, have planned the main hydropower plant in the Metok area.
They knew that the gorges of the Brahmaputra can provide one of the greatest hydropower potentials available in the world. For South Asia and more particularly for India, the enormity of the scheme and its closeness to the Indian border cannot be ignored. It will of course be a political decision, but the new road now makes it conceivable practically. 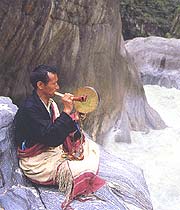 For the Tibetans, the region is one of the most pristine of their country. They consider the area around the Great Bend of the Brahmaputra as the home of the Goddess Dorjee Pagmo, Tibet’s Protecting Deity. Many believe that Pemakoe is the sacred realm often referred to in their scriptures: the last hidden Shangrila. It is also said that the great Indian tantric master Padmasambhava visited the place during the eighth century and tamed the local spirits to conceal spiritual scriptures for future generations.
The region, unlike other parts of Tibet, receives plenty of rain and within the Great Bend one finds the rarest species of flora and fauna. Though not yet fully documented, the Chinese authorities admit that the region is the home for more than 60 per cent of the biological resources on the Tibetan Plateau.
The road will not only trigger the disappearance of one of the last sacred places of this planet, but will also have serious environmental, strategic and military consequences for India.
It might be a dream for China; but it will be a nightmare for India.
Posted by Claude Arpi at 6:20 AM