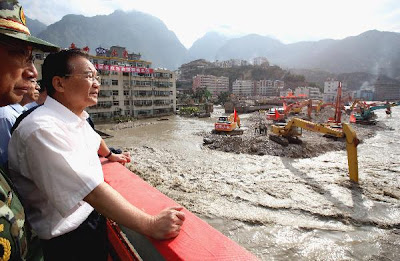 I wrote this letter to the Chinese Premier in 2008.
It was published by Rediff.com. I was, of course, not expecting an answer.

PS: I am told that your wife is a practicing Buddhist, I am sure that she will enjoy meeting the Dalai Lama and exchanging views on the Buddha Dharma with him.
Posted by Claude Arpi at 1:51 PM