A Giant Step towards the Mega-dam? 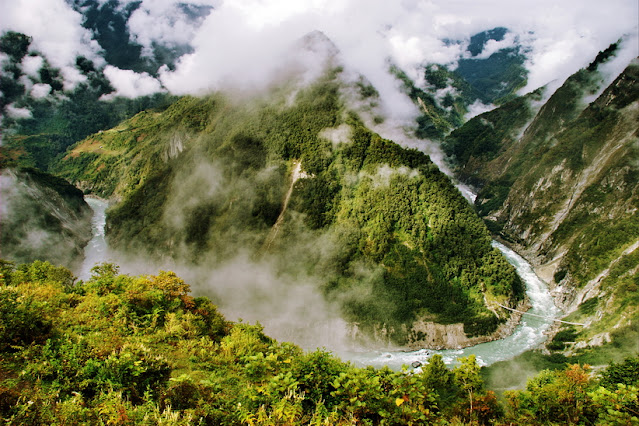 You may have heard of the proposed diversion of the waters of the Yarlung Tsangpo (the Brahmaputra in India) which may be pumped one day northward across hundreds of kilometers of mountainous regions to China’s northwestern provinces of Xinjiang and Gansu.
For some Chinese engineers, it was enough to know that the Yarlung Tsangpo river tumbles down over 3,000 meters in less than 200 km. This gives the gorge one of the greatest hydropower potentials available in the world. It makes new emperors in Beijing dream.
For South Asia and more particularly for India, the enormity of the scheme and its closeness to the Indian border cannot be ignored. It is not only the sheer size of the project which has to be considered, but the fact that if is accomplished, it will have ominous consequences for millions of people downstream.
For the Tibetans, it is one of the most pristine regions of their country. They consider the area around the Bend as the home of the Goddess Dorjee Pagmo, Tibet’s Protecting Deity. Many believe that this place, locally known as Pemakoe is the sacred realm often referred to in their scriptures: the last hidden Shangrila. 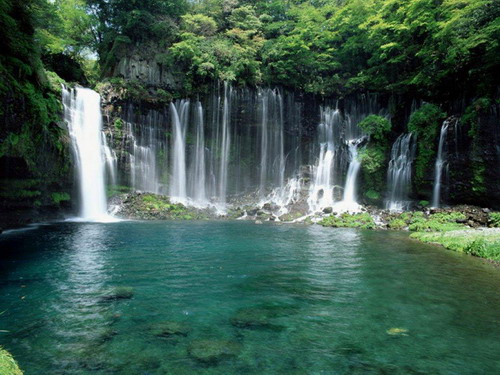 It is said that the great Indian tantric master Padmasambhava (known as Guru Rinpoche) and his consort Yeshe Tsogyal visited the place during the eighth century. Guru Rinpoche tamed the local spirits, concealed spiritual treasures (termas) there for future generations and, to have predicted that the land of Pemakoe would be opened up by future treasure-revealers the emanations of his 25 disciples — only those with good Karma would be able to settle there and engage in spiritual practice undisturbed, especially when calamities befell Tibet.
Well, this is going to change. Just read the article of the Chinese TV posted below.
It is true that in the past this sacred place has rarely been visited by outsiders. The difficulty of access to the region close to the Indian border (Arunachal Pradesh) was one of the greatest obstacles for the engineers who worked in Beijing on the proposed hydropower plant.
At the end of the 90’s, the Chinese government decided to permit foreigners to explore the Grand Canyon. A National Geographic expedition, with ultra sophisticated materials and highly professional rafters made the first discoveries. Though it resulted in the death of an American kayaker, Doug Gordou in October 1998, it permitted a far greater knowledge in several previously unexplored parts of the gorges. Books and video footage of this expedition (as well as subsequent ones) certainly helped the Chinese planners to get a more accurate picture of the difficulty of the terrain (as well as the potentialities). 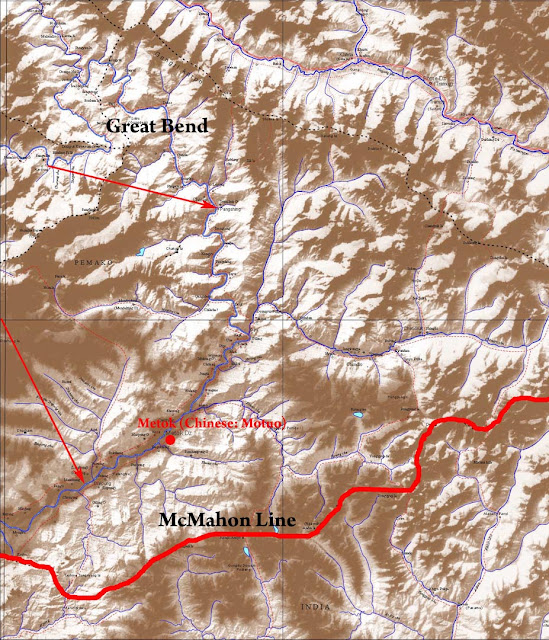 Pemakoe is located at an altitude ranging from 2000 to 3500 meter above sea level, it covers 30,000 km2 of area stretching from south of Kongpo and Powo (Kham) through lower Tsangpo into Arunachal Pradesh (Tuting region). It is surrounded by high mountains (such as Mt. Namcha Barwa 7,782m) and covered by lush vegetation. Rare species of flora and fauna within the canyon is not yet well documented though the Chinese authorities admit that the region is the home for more than 60 per cent of the biological resources on the Tibetan Plateau. 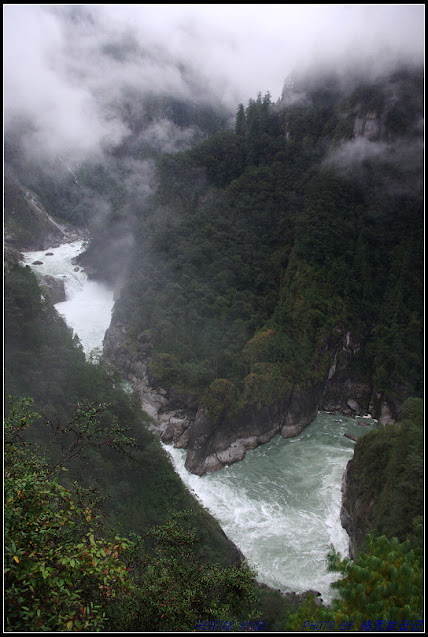 The region unlike other parts of Tibet receives plenty of rain hence, it is so diverse in nature that you can find subalpine conifer forests in the north to the temperate coniferous forest in the south in low lying area of River Tsangpo gorges. Today Pemakoe has become Metok County (traditionally Metok Dzong) under Nyingchi Prefecture of Tibetan Autonomous Region. It is spelled by the Chinese as Motuo . In 2001 census, the County had a population of 9200.

The opening of the area could certainly be the first step for the preparatory work for the mega-dam on the Yarlung Tsangpo and the eventual diversion of the river.
The road will not trigger the disappearance of one of the latest sacred places of this planet, but will also have serious strategic and military consequences for India. 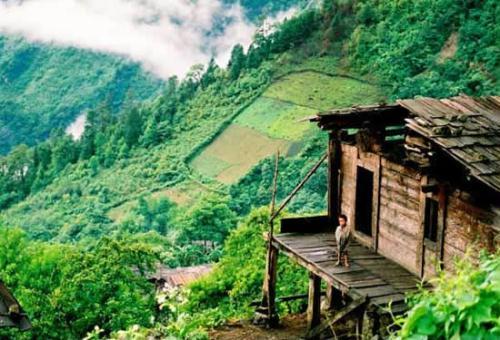 Motuo: Dream of connecting to outside world to come true
2010-12-11
CNTV
Motuo is the only county in China which cannot be accessed by car. The county is located in the southeastern part of the Tibet Autonomous Region. The harsh natural conditions meant building a highway connecting Motuo to outside world was once considered a dream. However, just in a week, the last tunnel is due to be completed for the Motuo Highway，and the dream will come true. CCTV reporter Yin Xiang brings us the story from Motuo.
Motuo is part of the Linzhi [Nyingchi] District of the Tibet Autonomous Region of China. It is located at the lower reaches of the Yarlung Zangbo River, and at the eastern section of the Himalayas. It covers 34,000 square kilometers, and has a population of 11,000. The main ethnic groups there are the Menba [Monpa], Luoba [Lopa] and minority Tibetan Nationality.
The average altitude is 1,200 metres, and the whole area slopes dramatically north to south. It has a varied landscape, from cold mountainous slopes, to tropical rainforests.
Motuo's economy relies mainly on agriculture, predominantly rice and grain. But up until now, the only way of getting the produce out of the country, was by animal or human transportation. There are no roads for cars and lorries. But all that is now set to change.

The Motuo Highway
The highway will be 117 kilometers long, and will connect Muoto County and Bomi County. Construction began in April 2009 and is estimated to finish next year.
The harsh natural conditions meant building a highway connecting Motuo to outside world was once considered a dream.
The Motuo Highway negotiates the difficult terrain of the Grand Yalunzangpo Gorge. Before approaching Motuo County, it will cross over 6 rivers, and push through the the newly constructed tunnel through Galongla mountain. Alongside the highway, there are stenothermal glaciers, rainforests and gorges. As well as the extreme slopes, the construction project has had to deal with heavy rainfall and earthquakes. The change in sea level along the 117 kilometer highway is a huge 3100 meters. Annual rainfall is 3-4 times that of the Yangze River basin.
CCTV reporter Yin Xiang said, Just behind me is the entrance to the Galalong Tunnel. Looking up, you can see the snowy peak of the Galalong Mountain. The thickness of snow on this mountain can reach up to 3 or 4 metres. It means that it's basically impossible for any vehicles to cross the mountain. This underlines the necessity of building this new tunnel, to allow vehicles to get into Motuo country.
Isolated island on the plateau, Motuo is surrounded to its west, north and east, by the Himalayas, and segmented by Yalunzangpo [Yarlung] River and Palongzangpo [Parlung] Gorge. This is the reason behind Motuo's nickname - 'the isolated island on the Plateau'.

Historically, there were two main ways of entering the country. The first involves crossing the 4000 meter high mountain and trekking through the forest, full of hazards such as leeches, poisoned insects and wild animals. There is also the ever present risk of avalanches, downpours and landslides.
Another traditional route is from Milin County, tramping over the Doxiongla Snow Mountain, and walking through Lage, Hanmi and Beibeng to Motuo. Usually, after climbing over the 4,200-metre-high Duoxiongla, you enter the gorges and frequently encounter landslides. Only August, September and October are safe to walk this route. Because of the lack of traffic access, and the difficulty in entering, Motuo has become the most expensive county in China.
Posted by Claude Arpi at 6:50 AM