China should learn how to reduce its neighbors' fears 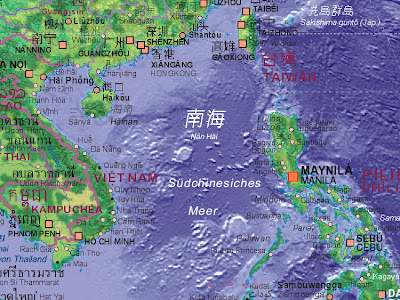 Two interesting articles in the Chinese press to close this year.
The Institute of Asia-Pacific Studies of the Chinese Academy of Social Science discussed the future direction of China's Foreign Policy.
There are obviously two opposite views. Let us hope that the first one will prevail in 2011. It is also the interest of Beijing, if China wants to become a superpower.
In the second article, Liang Guanglie, China’s Defense Minister said that he did not exclude the possibility, in some local areas, that some 'unexpected events' may occur.
Once again, let us hope that peace will prevail. It is also worth noting that the Army is declining compared to the other three services (Navy, Air Force and Second Artillery).

China's Government Think Tanks Debate Foreign Policy
Source: International Herald Leader
December 24, 2010
http://news.xinhuanet.com/herald/2010-12/24/c_13663115.htm
On December 21, 2010, the Institute of Asia-Pacific Studies, Chinese Academy of Social Science, published its “2010: Evaluation of China's Security Situation.”
The report stated, “In 2010, China faced intensified security pressure from its neighboring countries and deteriorating relationships with its neighbors.”
Recently China’s government think tanks have been debating the direction of China’s foreign policy.
The International Herald Leader reported on a forum held to discuss the security report. Participants expressed two opposing views:
1.  “China should learn how to reduce it neighbors' fears and worries concerning China’s rise. In other words, make more friends and create zero or few enemies.”
2. “China should learn from Russia. It initially took a soft foreign policy approach, but the Western world’s continued interaction with its neighbors became a threat. After Russia showed its determination to safeguard its interests, [Ed: sending troops to Georgia], the situation stabilized.” 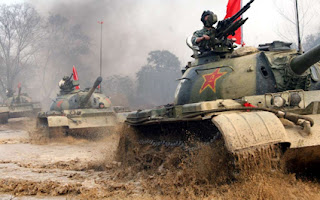 Liang Guanglie: Wars Are Unlikely, but Military Friction Can't Be Excluded
People’s Daily,
http://paper.people.com.cn/rmrbhwb/html/2010-12/29/content_711023.htm?div=-1
December 29, 2010
On December 29, 2010, People's Daily published a December interview of Liang Guanglie, China’s Defense Minister. Li stated in the interview, “Looking at the current world situation, a full-scale war is unlikely, but we cannot exclude the possibility that, in some local areas, unexpected events may occur, or military friction may take place due to a ‘misfire.’” He indicated that, of all the military forces, the navy, air force, and second artillery corps make up a large and growing percentage, while the army is on the decline; that 80% of the officers now have college degrees; and that a modern weaponry system dominated by second generation equipment, with third generation equipment as the backbone has preliminarily been established.
Posted by Claude Arpi at 1:45 PM