When Nehru closed the road to Central Asia 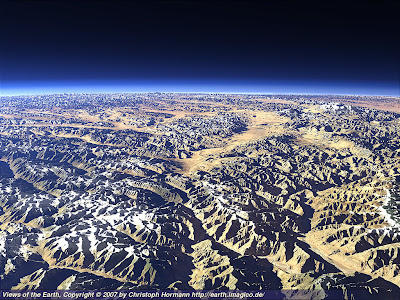 Nehru committed many blunders, but one of the worse was to accept the closure of the Indian Consulate in Kashgar. For centuries, India had been trading with Central Asia through Ladakh, the Karakoram Pass and Kashgar.
Just to accept to close the Indian Consulate because 'major changes' have taken in China is one of the most absurd decisions of the first Prime Minister of India. Nearly sixty years later, one can still see the consequences. Here are Nehru's explanations.  He answers one Member of Parliament, Mr. Reddy.

"The honourable Mr. Reddy [said], I did not quite get his words – something about our Consul is Sinkiang being withdrawn. I don’t quite know if the honourable Mr. Reddy knows anything about recent history. In fact some changes have taken place in the last two years. Some major changes have taken place there [in China]. As a result of those changes, which have nothing to do with India at the moment – leaving that out – internally there many things have happened. It is perfectly true our Consul [in Kashgar] went there – I speak from memory – probably in 1948, may be even later, in 1949. But when these changes, revolutionary changes took place there, it is perfectly true that the Chinese Government, when they came to Tibet, told us that they intended, that they wanted to treat Sinkiang [Xinjiang] as a closed area. They told other State Government, too. Well, nothing happened. Our Consul remained there. But because of those changes, because of many factors – among them being what happened in Kashmir – the trade ceased. Sinkiang was important to us, or rather Kashgar. Let us use the word Kashgar and not Sinkiang. Kashgar is important to us as a trade route. The trade went over the Karakoram, passed though Ladakh and Leh on to Kashmir. Various factors, including developments in Kashmir led to the stoppage of that trade. While on the one hand the Chinese Government said that they wanted to treat that area as a closed area and did not wish to encourage foreign missions there, on the other hand, this trade stopped. The result was, our Consul [in Kashgar] remained there for some time, till recently. But the Indian merchants there, the trade having stopped, gradually disappeared, and so far as I know there is hardly a single Indian merchant left there – may be there are one or two. And so our Consul said, “I am doing no work at all. There is now no work to be done.” So we advised him to come away and he did come away. There is some property, but that is not the point. But it is a fact that the Consul, if I may say so, ceased to function, particularly, if you like, because of certain developments in Tibet and, again if you like – because of the Chinese State absorbing Tibet practically, not merely theoretically." [Reply to a debate in the Council of States, 24 December 1953. Parliamentary Debates (Council of States), Official Report, Vol. V, Nos. 18-25, 16 to 24 December 1953, cols. 3590-3599].

The article posted below demonstrates the consequences for India to have closed the road to Central Asia: Pakistan has a monopoly on trade with Xinjiang and today China uses this against India. 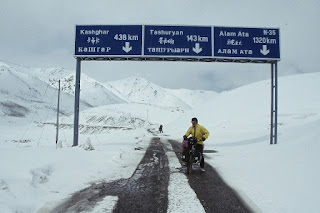 Pakistan links up with Kashgar
By Syed Fazl-e-Haider
KARACHI, Pakistan - China and Pakistan, which are already working to improve land communications across their mutual border, have inaugurated the first air cargo service linking Islamabad with Kashgar in China's northwest Xinjiang province, with Rayyan Air, a Pakistani charter airline, operating the first 90-minute flight.
Opening of the Islamabad-Kashgar air cargo route last week came just before Chinese Premier Wen Jiabao's visit to Pakistan for the Pakistan-China strategic dialogue to be held in Islamabad on December 17. Ahead of Wen's visit, Beijing agreed this month to extend cooperation in 36 development projects worth US$13.2 billion to boost economic activity in flood-hit areas of Pakistan.
Kashgar, located near the borders of Pakistan, Uzbekistan, Kyrgyzstan, Afghanistan and India, is well placed to become an important air logistics base. Cargo shipped between China and Pakistan has so far mostly gone by truck across a border closed from the end of December to May each year due to the severe winter climate.
The air cargo service will make products of the two countries available the year round and make markets in Central Asian states more accessible for Pakistan. It also augments Beijing's efforts to develop the western regions of China, including Xinjiang, home to Muslim Uyghurs, helped by better communication with projects such as an extension of high-speed train services from the eastern part of the country.
Kashgar was recently given the status of a special economic zone and it is hoped it will become a major trade and transport hub, reviving its position as an important transit point on the what was the ancient Silk Route between China, Central Asia and the Middle East and Europe.
Kashgar Deputy Commissioner Wang Yongzhi highlighted the importance of reliable communication links between Pakistan and China and expressed a desire for further expanding such connectivity.
"The cargo service operates once a week and the frequency will be increased to daily flights, based on freight volume," Xinhua news agency reported Wang as saying.
Commercial relations between Pakistan and China continue to grow and strengthen. This month, the Pakistan-China Joint Committee on Economic, Trade Scientific and Technical Cooperation (JEC) held its 14th session in Islamabad under the co-chairs of Finance Minister Hafiz Shaikh and Gao Hucheng, the China International Trade Representative, Ministry of Commerce.
The JEC agreed to enhance Chinese investment in various sectors of Pakistan's economy including agriculture, electricity, finance, mining and infrastructure. The two countries have already established a joint investment company with a paid-up capital of $200 million for direct investment and joint ventures.
The countries in July signed memoranda of understanding to build two highways in Pakistan's northernmost region of Gilgit-Baltistan. The projects, worth a combined 45 billion rupees (US$524 million), would be 85% financed by China, with the rest paid for by Pakistan. The neighbors also plan a rail link that will also connect Torkhum in Pakistan with Jalalabad in Afghanistan.
Syed Fazl-e-Haider (http://www.syedfazlehaider.com) is a development analyst in Pakistan. He is the author of many books, including The Economic Development of Balochistan (2004). He can be contacted at sfazlehaider05@yahoo.com.
Posted by Claude Arpi at 7:25 AM