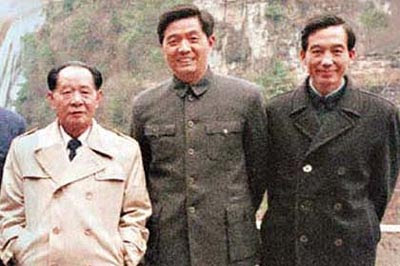 Hu Yaobang, Hu Jintao and Wen Jiabao in the 1980's