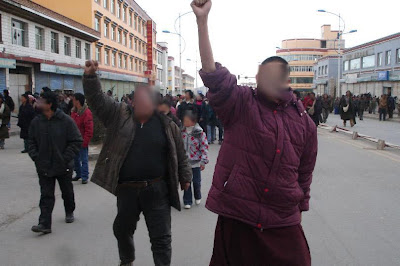 Thank you for a very good write-up on the Human Rights Watch report. It is extremely satisfying to have an independent rights monitor publish this material. In 2008, when we were writing our book, "Freeing Tibet: 50 Years of Struggle, Resilience, and Hope," the riots had just happened. We did out best to find objective, verifiable reports in order to write the chapter dealing with the riots. The HRW report verifies much of what we discovered, and published, when the book came out in 2009. We advocate putting political pressure on the Beijing regime by consumer action -- boycotts in Europe and America of any goods made in China. The regime depends entirely on access to European and Western consumers for its growth. Without that growth, there will be social instability, which we hope will lead to pressure for political reforms, thereby setting the stage for Tibetans to regain their freedom. There is more about this on our blog at www.FreeingTibet.com. Once again, many thanks for your cogent summary of the Human Rights Watch report. And remember -- if it's made in China, boycott it!