Selling the Chinese Model to the World 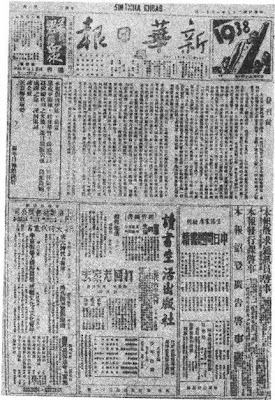 In an earlier post, I wrote: "When it is deemed necessary to protect ‘State Security’, [Xinhua] can even modify news. To give an example of the monitoring of ‘national’ news, on May 15, Xia Lin, Chief Editor of Xinhua News Agency presented a report to some students of journalism at Tianjin Foreign Studies University. The topic of the report was Understanding Journalistic Protocols for Covering Breaking News."
Well, now it will be done on a larger scale. Does it mean that people will be fooled by Chinese propaganda/publicity?
Not sure!


China's Xinhua News Agency Launches 24-Hour English TV Broadcasts
Voice of America
Stephanie Ho
Beijing, 01 July 2010
China's biggest national news agency, Xinhua, has unveiled its 24-hour English language TV service, which will have partial private investment and which will be broadcast around the world.
The state-run Xinhua News Agency is perhaps best known as being the most authoritative media source for Chinese government information.  Xinhua now has added a multi-million-dollar English language TV station to its already substantial media empire of print publications, financial services, and suppliers of photos and new media content.
The new station, called CNC World, will focus largely on global news.  CNC is the acronym for the China Xinhua News Network Corporation, which is owned, nearly half and half, by Xinhua and private investors.  CNC World is part of the Chinese government's ambitious efforts to expand its global media influence.  Xinhua's president Li Congjun said CNC World will report international news with a Chinese perspective and will offer an alternative source of information for a global audience.
In Beijing, Wu Jincai, the chairman of CNC's board, compared running a TV station to running a factory.  Wu acknowledged that some people did have questions about CNC World's product - the news - because it is coming from China and is being run by Xinhua.  But he reassured reporters the new station would be independent.
His colleague, senior CNC editor Zhao Peng, emphasized the role of private investors in the new venture.  Zhao stressed that investors are hoping for big business.  He said CNC's research shows that in the next decade, the global communications market will expand by 30 times.
Xinhua is a ministry-level body under the administration of the State Council, China's Cabinet.  The new entity will have partial private ownership, but CNC officials said the members of the board do not want to be publicly named.  Xinhua already broadcasts TV programs in Chinese to Asia and Europe.
China's rapid economic growth and rising global influence has not led to a comparable freeing of media in the country.  China is basically a one-party state, where there are still strict limits on freedom of speech.
Posted by Claude Arpi at 7:16 AM