Who will stand to China? 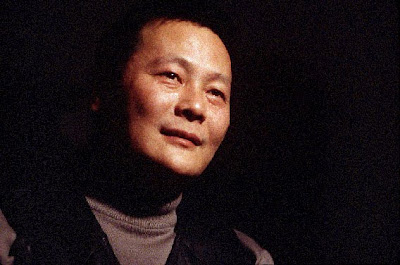 Wei Jingsheng, the prominent Chinese dissident who spent 18 years in Chinese prisons is asking in The Christian Science Monitor 'Who will stand to a bully totalitarian China?'.

Wei understands better the regime in Beijing that many Western 'experts'. At the end of the day, it is a question of power and Obama's appeasement policies only prolong the life of the hardliners in Beijing.
It is also true for the negotiations between Dharamsala and Beijing, the more the Tibetans bend backwards, the less chance they have to find a solution for Tibet. Weakness always promote the hard line. It may be unfortunate, but it is a fact, at least with China.


Christian Science Monitor
January 4, 2010
If the US won't stand up to China, who will?
Beijing's harsh sentencing of democratic reformer Liu Xiaobo underscores China's contempt for the West and human rights – and the need for President Obama to confront this authoritarian arrogance.
On December 25, a moderate reformist in China, Liu Xiaobo, was sentenced to 11 years in prison by the Chinese government for the mere act of organizing and signing a petition, Charter 08, calling for political reform and the basic human rights much of the world already enjoys.
The message was clear for all those who sought restraint from a newly powerful China that now sits prominently at the tables of global governance: Since you made a fuss about releasing Liu after his arrest, we will punish him even more severely. In no uncertain terms, that will let you know that not only don’t we care what you think, but we don’t have to.
Though diplomats from Germany and Australia were among the two dozen people allowed to observe the “public trial,” the fact that no one from the American embassy was admitted should be read as a particularly clear and open challenge to the US
We Chinese are intimately acquainted with this authoritarian arrogance.
During the eras of Mao Zedong and Deng Xiaoping, when I was jailed for 15 years for the “heinous crime” of putting up a wall poster, the Chinese government regarded international public opinion with this same attitude. If the Chinese people saw how the government blithely dismissed the concerns of powerful foreigners, the Communist Party rulers reasoned, they would also see they had no alternative but to submit to the overbearing authority of the government.
During President Jiang Zemin’ s time, there were some changes. In an effort to reduce international pressure and develop the economy under favorable trade conditions from the US, the Chinese regime yielded. Among other actions, I was released from jail and deported to the US. That resulted in a strong backlash from the hardliners inside the Party despite the fact that, over the years, America’s huge trade deficit is what largely fueled China’s rapid growth.
Now that China’s leaders believe their prospering nation has emerged as a player in world history just as America’s prestige has been weakened by the Iraq war and the recent financial meltdown, the hardliners have been able to wrest the upper hand once again.
No doubt there is some truth in the notion that their revived arrogance is inspired by China’s role as an indebted America’s largest creditor.
Surely this is one reason China’s leadership feels free to insult President Obama, as it did during his visit to China, when they blocked broad news coverage of his public speech, and when they sent lower-level officials to negotiate with him at the Copenhagen climate talks until the last minute when Premier Wen Jiabao finally granted him an audience.
Their humiliation of Obama was not personal. It served to mark China’s power on the world stage. But more important, as under Mao and Deng, standing up to the American superpower is meant to stem growing internal opposition and cow China’s restless people into subservience under a one-party dictatorship. This is particularly critical as greater democracy in China would expose its own economic problems.
How Mr. Obama responds to this challenge is not just a matter of his own honor and position; it is a matter of defending the democratic value system of the West against a challenge for ideological leadership in the 21st century.
The case of Liu Xiaobo presents an opportunity for Obama to save face and stand up to the hardliner’s untoward arrogance. As Liu’s case is appealed to a higher court, the US and the rest of the West should insist that his sentence be suspended. Such a strong stance will weaken the hardliners while strengthening the voices of peaceful reform within China. If the US doesn’t push back, the hardliners will push on with negative consequences across the whole spectrum of issues, from trade and currency valuations to global security and climate change.
The US may owe a great deal of debt to China, but it owes a greater debt to its founding principles of freedom and human rights. If the West, led by the United States, does not counterbalance China’s new might in the world order, who will?
Posted by Claude Arpi at 5:08 PM