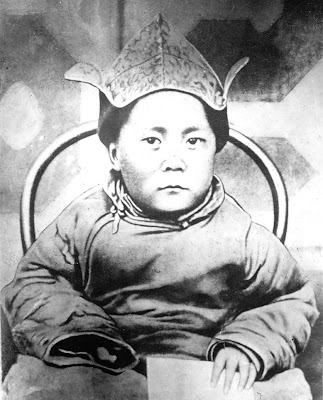 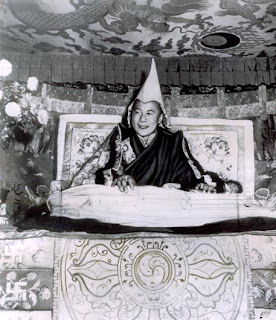 Through Tibet's history, the interregnum between two Dalai Lamas has been a weakness of the reincarnation system. The 19th century saw a succession of five Dalai Lamas. The Chinese, through their Ambans (or Ambassadors) in Lhasa, made full use of this weakness. Many surmise that the premature deaths of the Ninth up to the Twelfth Dalai Lamas were not a mere coincidence and the Chinese Ambans certainly took great advantage of their ‘timely departure’. It is clear that the problem is not only a spiritual issue, but also a political one and this explains the meddling of the Chinese Communists in what seems at first sight to be a religious affair.
The point remains that it is a timely debate and whether the Dalai Lama returns as a man or woman will not change the political situation.
Like the Gaulish tribe, one can hope that the Tibetans, under the able leadership of the Dalai Lama, will be able to resist (without magic potion as they have abjured violence), the cultural invasion of the mighty Empire and preserve their religious heritage, more particularly the tulku (reincarnation) tradition which should be acknowledged by UNESCO as part of the World Heritage.
In any case one could ask, is it befitting for a superpower to speak in such appalling manner? The leaders in Beijing should learn from the Dalai Lama how to remain cool in all circumstances.
Posted by Claude Arpi at 3:44 PM