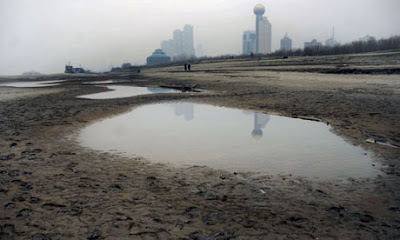 This scenario found in a posting in The Financial Times might come true. Many great empires have collapsed due to the shortage of water. It is apparently what happened to the Indus-Sarasvati civilization. Beijing managed to sabotage Copenhagen Conference, but it does not mean that China environmental problem is solved.