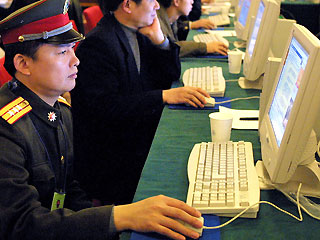 Vijay Sakhuja has written an interesting article on Chinese Infrastructure Projects Trouble India in the China Brief of the Jamestown Institute.
It comes at the time when the Ministry of Defense has confirmed that they have been victims of hackers (probably Chinese). Last week, it was former NSA, MK Narayanan, who had admitted attacks on the PMO. One can just hope that the Government is taking seriously these threats.

Chinese Infrastructure Projects Trouble India
Vijay Sakhuja
In an apparent attempt to overcome deeply embedded suspicion and concern, the Chinese telecommunication giant, Huawei, has pledged to expand its operations in Bangalore, the ‘Silicon valley’ of India. In the next five years, Huawei plans to invest $500 million in its research and development center and double its employee strength from 2,000 to 6,000 personnel (China Economic Review, January 11, 2010). Such a bold expansion from Huawei, which already has a leg up in the Indian telecommunications market but is believed to have suspect ties with the Chinese People’s Liberation Army (PLA), could be a welcome development for other Chinese state-owned companies wanting to do business in India that have been under the scanner of Indian security agencies (Peopledaily.com, September 8, 2009). Read on. 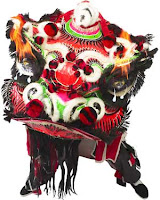 23 Jan 2010
After the National Security Advisor (NSA) MK Narayanan admitted that Chinese hackers had targeted Indian government websites, the Indian Army on Saturday (January 23) confirmed that they too were a victim of a cyber attacks. Army sources told TIMES NOW that two years ago they suspected their computers had been hacked by the Chinese.
The sources claim that the Chinese had been able to access important documents and confidential information. Following this the Indian Army was forced to increase security on its websites.
Now, the onus is on the Chinese to explain accusations levied by the Indian government.
After M K Narayanan's interview to a foreign daily, US Secretary of State Hillary Clinton had called for higher accountability from countries from where the attacks were being planned. With America seeking answers from China over cyber attacks like the one on Google, the pressure is mounting on the Chinese government to provide the countries an explanation.
However, after the initial accusations from the former NSA, China remained defiant. The Chinese foreign ministry had vehemently denied involvement in the cyber attacks saying the accusations were baseless.
Ma Zhaoxu, Spokesperson, Chinese Foreign Ministry had said, "I have talked enough about hacking before. I have nothing more to add. But I want to stress that there is no basis at all for this claim."
Posted by Claude Arpi at 7:01 AM