Consequences of the Dalai Lama's resignation 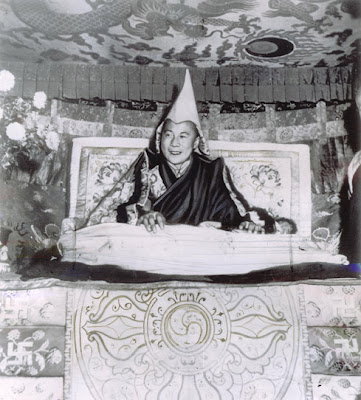 The recent 'resignation' of the Dalai Lama has been commented worldwide.
In his 10 March Annual Statement, the Tibetan leader announced: "As early as the 1960s, I have repeatedly stressed that Tibetans need a leader, elected freely by the Tibetan people, to whom I can devolve power. Now, we have clearly reached the time to put this into effect. During the forthcoming eleventh session of the fourteenth Tibetan Parliament in Exile, which begins on 14th March, I will formally propose that the necessary amendments be made to the Charter for Tibetans in Exile, reflecting my decision to devolve my formal authority to the elected leader.
He continued: "Since I made my intention clear I have received repeated and earnest requests both from within Tibet and outside, to continue to provide political leadership. My desire to devolve authority has nothing to do with a wish to shirk responsibility. It is to benefit Tibetans in the long run. It is not because I feel disheartened. Tibetans have placed such faith and trust in me that as one among them."

One of most obvious immediate implications is the end of the negotiations with China. Beijing had always made clear that it was only interested to talk with the 'representatives' of the Dalai Lama, not with envoys from the Kashag or the Tibetan Assembly.
In 1981, CCP General Secretary Hu Yaobang gave a written statement to Gyalo Thondup, the Dalai Lama's brother (and at that time, his representative). Entitled, 'China's Five-Point Policy Towards The Dalai Lama', it was a policy statement which would guide all further talks; it only mentioned the status of the Dalai Lama and his future role in case he returned to the ‘motherland’.
Here is the text of the Five-Point communiqué from Beijing:


1. The Dalai Lama should be confident that China has entered a new stage of long term political stability, steady economic growth and mutual help among all nationalities.
2. The Dalai Lama and his representatives should be frank and sincere with the Central Government, not beat around the bush. There should be no more quibbling over the events in 1959.
3. The central authorities sincerely welcome the Dalai Lama and his followers to come back to live. This is based on the hope that they will contribute to upholding China's unity and promoting solidarity between the Han and Tibetan nationalities, and among all nationalities, and the modernization programme.
4. The Dalai Lama will enjoy the same political status and living conditions as he had before 1959. It is suggested that he not go to live in Tibet or hold local posts there. Of course, he may go back to Tibet from time to time. His followers need not worry about their jobs and living conditions. These will only be better than before.
5. When the Dalai Lama wishes to come back, he can issue a brief statement to the press. It is up to him to decide what he would like to say in the statement.

At that time (and still today) this was not acceptable to the Dalai Lama and his exiled administration. The Tibetan leader wanted to talk about the happiness and the fate of his 6 million countrymen, not about his own status. However, this issue would be a recurring obstacle during the years to come.
The Chinese position was reitarated in April 1982, when a delegation comprising Juchen Thubten Namgyal, the senior most ministers of the Kashag, Phuntsok Tashi Takla and Lodi Gyari Gyatsen left for Beijing for preliminary talks with the Chinese authorities.
Namgyal remembered: "My first trip to China was in 1982, when I was chairman of the Kashag. I was part of the high level exploratory delegation sent by His Holiness the Dalai Lama. When we first landed in China, the Chinese officials came forward to greet us. For a moment, I did not know what to do: if I shake hands with them, it would a betrayal of the thousands Tibetans as well as my family members. At that moment, I had a flashback of my grandmother and my brothers who died under indescribable circumstances. I thought that if I shake hands, I would betray all those Tibetans who died. Many Tibetans had a similar experience."
The talks eventually started. Namgyal continued: "These negotiations were kept secret. Very few in Dharamsala were in the know that a delegation had gone to Beijing to hold talks [with the Chinese]. Even after our return, we refused to brief not only the press, but also the Tibetan people of what transpired during the ‘negotiations’."
It is only twenty years later that we could get some details from the then head of the delegation. This secrecy clause imposed by the Chinese was not appreciated by many in Dharamsala.
Juchen Thubten Namgyal explained: “We discussed with three Chinese officials of the United Front Work Department. One of the objectives was to enquire about the letter sent by the Dalai Lama to Deng [Xiaoping in 1981].”
The Envoys first discussed the nine-point offer from the Communists to the Kuomintang regime in Taiwan. Namgyal recalled that many believed at that time that the ‘Taiwan’ formula, providing local autonomy, could be the basis for a solution to the Tibet issue.
This formula was a proof that Beijing did not want to impose a communist regime on the rebel island.
Namgyal elaborated: “At a time the Taiwanese people (themselves Chinese by race) were granted this by the Communist regime; we, as [non-Chinese] asked logically for more liberties for the people of Tibet.”
The Chinese answered: “Taiwan has to be liberated, you cannot argue by using the case of Taiwan. Tibet has already been liberated 33 years ago and decisions have already been made. It is because Taiwan has not been liberated, that we made this nine-point offer. It is not the case for Tibet.”
Though the ‘negotiations’ lasted more than a month, nothing came out of it.
At the end the Chinese asked: “Are you taking these positions because you are representatives of the Dalai Lama or as representatives of the Tibetan Government in exile? If you are saying all this as representatives of the Tibetan Government in exile, we have nothing to say to you?”
Clearly, the Chinese authorities wanted to stick to the 5-point plan for the Dalai Lama and did not want to discuss the fate or rights of the Tibetan people.
The Chinese have kept the same position since then.
In July 2008, I wrote in The Pioneer:


The Tibetans are back to square one.
After the recent encounter between the Dalai Lama’s Envoys and the Chinese officials, Dong Yunhu, the new director-general of the Information Office of the State Council, declared: "The Central Government will never discuss the future of Tibet with the Dalai Lama. What we can discuss with him is his future and that of some of his supporters."
This was after the last meeting held on July 2 in Beijing. Though termed as the 7th Round (the first Round was held in September 2002), the ‘dialogue’ between the 2 parties which started in 1978/79 is as good as dead."

Repeatedly for the past 30 years the Dalai Lama has stated that he was not bothered by his status, but was only interested in the welfare of the 6 million Tibetans on the Roof of the World. But the Chinese are still ready to speak of the Tibetan leader’s status only.

In 2008, Lodi Gyari, the Dalai Lama's Special Envoy had once more clarified: “Throughout our talks we have reiterated to our counterparts that the issue at hand is the welfare of the Tibetan people and is not about the personal status and affairs of His Holiness the Dalai Lama or that of the Tibetans in exile.”
The fact that the Chinese position has not moved an inch during the past three decades is rather disturbing for the Tibetans.
Basically, Beijing was quite happy with the status quo and this could have continued like this for decades, but the stakes are today different: the Dalai Lama is no more on the political scene.
This will bring several crucial questions which will be raised on this blog during the next few weeks.
Posted by Claude Arpi at 9:00 AM

Email ThisBlogThis!Share to TwitterShare to FacebookShare to Pinterest
Labels: China's Policy towards Tibet, Dalai Lama, The Negotiations that never were