The International Mistake of the Century? 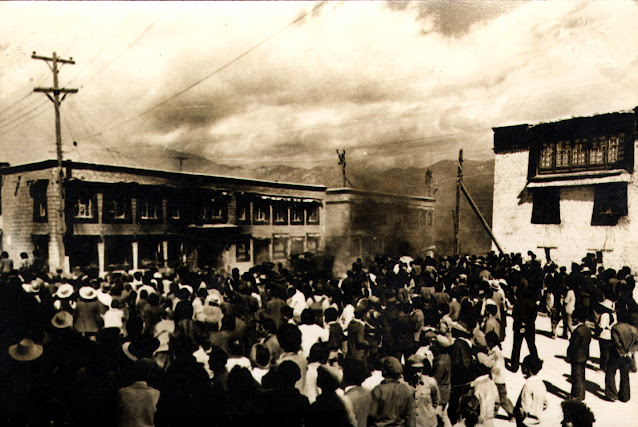 Everything is well which ends well. It is what many feel about for the situation in Ivory Coast where the outgoing President Laurent Gbagbo has finally been arrested.
After loosing the elections in November 2010 against his opponent Alassane Ouattara, he had refused to vacate his seat. This created a situation which soon degenerated in a bloodbath in the West African country.
Many applauded when on 30 March, the Security Council of the United Nations adopted a Resolution 1975 authorizing the use of force to get Gbagbo out of the way. The UN Resolution:
— urged Gbagbo to immediately step aside;
— stressed its full support given to UNOCI to use "all necessary means to carry out its mandate to protect civilians (…) including to prevent the use of heavy weapons";
— imposed targeted sanctions (freezing of assets, travel bans) against Laurent Gbagbo, his wife Simone Gbagbo, the Secretary General of the so-called "presidency" Mr. Désiré Tagro, the chairman of the Ivorian Popular Front Pascal Affi N’Guessan;
— recognized the jurisdiction of the International Criminal Court to try perpetrators of serious crimes in Côte d’Ivoire;
This makes more flagrant the double standards of the International community which is ready to intervene in Ivory Coast or in Libya and has always kept silent on Tibet.
A few years ago, Claudia Johnston, an independent Canadian researcher published a study titled Tibet: The International Mistake of The Century. Her conclusions were:


"The International Mistake of The Century" explores the primary reasons why there has been no solution, nor significant move towards a solution, for the crisis in Tibet. A primary reason is that the United Nations, and individual Member States, have been conducting their decisions based on the false assumption that Tibet is not a 'State', but 'an internal affair' of China. UN official records show this to be a mistake.

I speak of double standard because nobody has ever spoken or heard of Johnston's scholarly research. The same thing applies to the work done by a group of dedicated lawyers in Spain which had got the minimum coverage for the excellent work that have been doing on the Tibet issue.
It is difficult to understand why, when one million of Tibetans die out of the Chinese invasion, the international community remains quiet while the same 'community' is ready to pass resolutions and use force to dislodge small tyrants.
In fact, I understand why: in 1950, the great powers (with the exception of China) did not realize that the Tibetan plateau was so rich in minerals and hydropower potential.

FOR THE FIRST TIME A COURT OF JUSTICE RECOGNISES TIBET JURIDICALLY AS AN OCCUPIED STATE
PRESS RELEASE BY THE COMITÉ DE APOYO AL TIBET (CAT)
3rd April 2011
Regarding the lawsuit for genocide and other crimes committed from 1972 to 2004 (admitted on 10th January 2005 and currently under investigation  in “Summary phase"):

In its ruling of 30th March 2011, Court Nº2 of Spain’s Audiencia Nacional accepted the classification being extended to war crime as it considered the facts denounced “serious violations of the Geneva Conventions of 12th August 1949 in relation to Articles 608 and 611.5 of Spain’s Criminal Code”.
In its own name and also on behalf of the co-plaintiffs Fundación Casa del Tíbet and Thubten Wangchen, last September the CAT submitted a request to Court Nº 2 of the National High Court (Audiencia Nacional) investigating the case for genocide and other crimes committed in Tibet, requesting that the facts denounced and investigated to date be classified as a serious violation of, specifically, the Geneva Convention IV.
The allegations justifying this request are based on:
1)   Recognising Tibet as an occupied state since 1950 (as accredited in the initial lawsuit), which makes the mass transfer of Chinese population (the occupying state) to Tibet (the occupied state) illegal according to Article 49 of Geneva Convention IV.
2)   Invoking Article 23.4 of the Spanish Law of Judicial Procedure, as despite the application of the principle of universal justice having been restricted by demanding a national connection, this limitation can only be applied “without detriment to what is laid down in the international treaties and conventions signed by Spain”; therefore, according to Article 146 of said treaty ratified by Spain in 1952, serious violations of the Geneva Convention should be persecuted regardless of the nationality of the defendants.
The recent ruling of the Audiencia Nacional’s Court Nº 2 not only accepts the CAT’s arguments regarding the population transfer from an occupying state (China) to an occupied state (Tibet), but does so in the same terms as those the prosecutor used in his report, which the judge quotes, declaring that “the investigation be extended to war crimes foreseen in Geneva Convention IV, and in agreement with the plaintiffs request and congruent with the lawsuit lodged”. It is worth noting that neither the judge nor the prosecutor consider necessary the appearance in court of the four national and international experts proposed by the CAT to support their legal arguments, although they do mention the option of their submitting their data or reports in writing and do not dismiss the idea of their appearance in court “if a trial were held”.
Alan Cantos, director of the CAT, has declared: “It is especially gratifying to see that some judges and prosecutors are still evaluating the evidence and applying the law without giving in to other interests or pressures. Universal Justice should continue to be UNIVERSAL as it was conceived, and not “a la carte” by submissive governments and powerful states or businesses that use a double standard when applying International Law.”
Likewise, when asked to comment on the court ruling, Dr. José Elías Esteve Moltó, vice president of the CAT and the lawyer who drew up the lawsuits, declared: “This legal decision shows the interdependence of Human Rights, as it shows how the international crimes committed in Tibet have their root in the country’s military occupation and are perpetuated by the Tibetan people being systematically denied the right to self-determination recognised by the UN General Assembly in 1961”.
Regarding the lawsuit for crimes against humanity committed against the Tibetan people from 2006 to 2008 (admitted on 5th August 2008 and shelved by judge Pedráz in February 2010):
In an article in EUROPA PRESS the CAT recently reported on the Supreme Court’s allowing the plaintiffs the chance to appeal regarding the second lawsuit for crimes against humanity committed in Tibet. In its ruling of Friday 10th March, the Court permitted the three plaintiffs to lodge an appeal against the criteria of the Audiencia Nacional’s Criminal Court, which, in addition to confirming the initial closing of investigations by the judge Santiago Pedráz, had tried to prevent the plaintiffs from appealing said decision to the Supreme Court. The CAT’s legal team is currently preparing the appeal to be submitted to the Supreme Court in an attempt to prevent the definitive closing of the second lawsuit.
Comité de Apoyo al Tíbet (CAT)
Posted by Claude Arpi at 7:11 AM