A New Prime Minister for Tibet 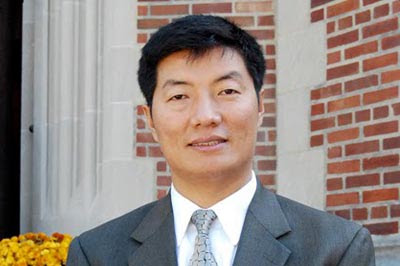 The Election Commission of the Central Tibetan Administration announced today the results of the Kalon Tripa's elections.
Dr Lobsang Sangay polled 27,051 votes (55 % of the total votes) while Tenzin Namgyal Tethong and Tashi Wangdi  got 18,405 and 3,173 votes respectively.
Dr Lobsang Sangay will be Kalon Tripa for the next five years.