Exercises on the Roof of the World 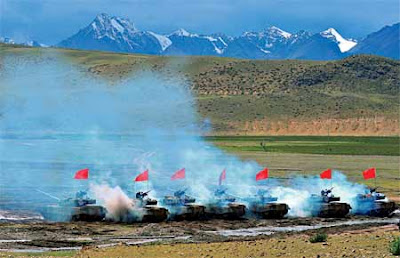 China is practicing hard in case of an eventual conflict. General VK Singh was right to speak of 'irritants'.
These exercises in Tibet can only be directed at India and this, when the Indian Prime Minister is soon to meet his Chinese counterpart.
Photos are impressive.


China holds first air-ground live ammunition drill in Tibet
By Liang Jun,
People's Daily Online
October 26, 2010
Near the foot of the snowcapped mountains on the Tibetan Plateau at an altitude of over 4,700 meters, the Tibet Military Command of the Chinese People's Liberation Army (PLA) conducted its first air-ground live ammunition drill recently, according to PLA Daily.Troops of air force, armor, artillery and electronic warfare divisions participated in the exercise. 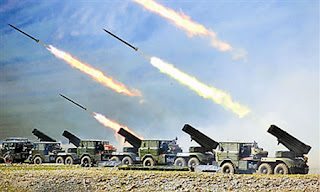 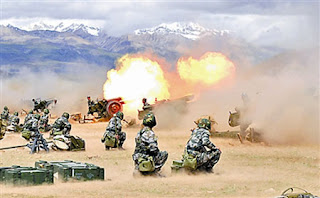 They overcame the effects on their physical and mental health caused by coldness and oxygen deficits and finished the first joint training and exercise. It will have a very significant role in exploring training patterns in mountainous and cold areas as well as improving combat capabilities.
Posted by Claude Arpi at 10:41 AM