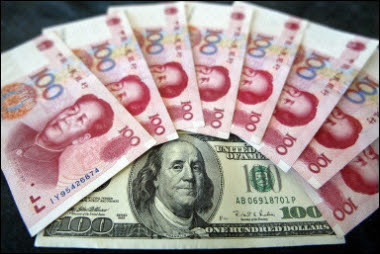 These two articles were published the same day (in Chinese) by Xinhua and China News Service. They show the dichotomy of Middle Kingdom's economy. The 'Chinese characteristics', dear to the leadership in Beijing enable the Party to reconcile  the fact that "China is not rich enough to shoulder the international responsibilities that Western governments want to impose" and at the same time has 5000 billionaires (in yuan). So, is China rich or poor?
From the outside, it seems that the wealth is not shared with everybody. This is a dangerous trend for the stability of the regime, especially when most of the 5000 lucky ones belong to the Party.


Wu Bangguo to Publish Article Stressing China Is a Developing Country
Wu Bangguo, a high-ranking Chinese official and chairman of the Standing Committee of the National People's Congress, will publish an article in the upcoming issue of Qiushi Journal, the core publication of the Central Committee of the Chinese Communist Party. The article, titled “Fully Understand the Characteristics of China's Development Stage,” will emphasize that China is still a developing country.
“As a matter of fact, China is still at the preliminary stage of socialism and will be for a long time. China remains the largest developing country in the world. This is our conclusion based on basic national conditions.”
This article, added to the current number of official pieces, implies that China is not rich enough to shoulder the international responsibilities that Western governments want to impose.
Source: Xinhua, September 30, 2010
http://news.xinhuanet.com/politics/2010-09/30/c_12622468.htm


Hurun Report: Chinese Billionaires Number More than 5,000
In a recent interview, Rupert Hoogewerf, the founder of China’s Hurun Report, a famous list of wealthy Chinese, estimated the number of Chinese billionaires to be over 5,000.
The calculation is based on official statistics that count 1,393 individuals as having personal assets of 1 billion yuan ($0.15 billion US). Hoogewerf believes that the those who are excluded from the official count generally number about twice those who are included, or around 3,000 people. Adding the two numbers together, the richest group may well be above 5,000.
Hoogewerf said that their wealth mainly comes from real estate, manufacturing, IT, medicine, and retail business. The average age of wealthy Chinese is only 51 years old.
Source: China News Service, September 30, 2010
http://www.chinanews.com.cn/cj/2010/09-30/2566310.shtml
Posted by Claude Arpi at 11:39 AM