Xi finally made it 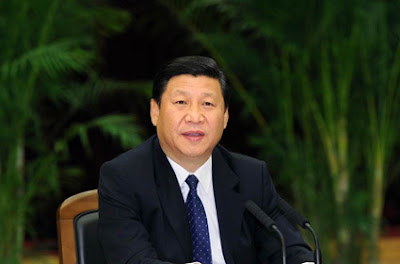 During the recent Plenum of the Central Committee of the CCP, Xi finally made it to the Central Military Commission. Hu Jintao would have not probably mind continuing for a few more years as PLA's boss, like his predecessor Jiang Zemin did, but the Party always decides.
Did you notice that in 2012, both France and China will have professional singers as First Ladies (if, of course, Sarkozy is reelected).
It could be an interesting duo.
I am wondering if Xi Jinping has kept the Rolex watch given by the Dalai Lama to his father Xi Zhongxun in the 1950's.
It is said that Xi Senior "was remembered for his friendship to his colleagues, his tolerance to diverse cultures and religions, his idealism of an open market socialist country and his integrity in his beliefs. He was one of the few upper level leaders who voted during the 1980s for open reform and was persecuted afterward for this bold move."
Will Xi Junior follow the same path?
Xi Senior was purged in the 1960's for having written a report on the Panchen Lama's 70000-character petition to Zhou Enlai. Mao did not appreciate the Panchen Lama's 'poisonous arrow'. 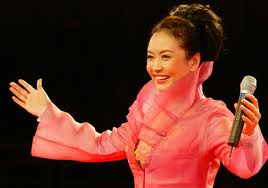 Xi Jinping appointed vice-chairman of Central Military Commission
(Source: Xinhua)   2010-10-19
BEIJING, Oct. 18 (Xinhua) -- Chinese Vice President Xi Jinping has been appointed vice-chairman of the Central Military Commission (CMC) of the Communist Party of China (CPC).
The Fifth Plenary Session of the 17th CPC Central Committee announced in a communique at the close of the four-day meeting Monday that the CMC was augmented to include Xi as a vice-chairman.
Xi is also member of the Standing Committee of the Political Bureau of the CPC Central Committee.
Born in 1953, Xi has served in a number of positions related to the armed forces and military reserve affairs during his previous tenures at national and local levels.
He was a military officer in active service when he worked as a secretary at the General Office of the Central Military Commission from 1979 to 1982.
He served as the first political commissar and first secretary of the Party committee of people's armed forces department of Zhengding County, Hebei Province, from 1983 to 1985 when he was the secretary of the county's Party committee.
Xi later served as the first secretary of the sub-military area commands' Party committees of Ningde and Fuzhou, both in Fujian Province, from 1988 to 1993.
From 1996 to 1999, he served as the first political commissar of the anti-aircraft artillery reserve division of Fujian provincial military area command, when he was deputy secretary of the CPC Fujian Provincial Committee.
In 1999, Xi became vice director of the commission for national defense mobilization of Nanjing Military Area Command and director of Fujian Provincial commission for national defense mobilization, when he was promoted to acting governor of Fujian Province.
After a transfer to Zhejiang Province in 2002, Xi was appointed director of Zhejiang Provincial commission for national defense mobilization.
When Xi was promoted to secretary of the CPC Zhejiang Provincial Committee, he was appointed the first secretary of the Party committee of Zhejiang provincial military area command.
Xi was first secretary of the Party committee of Shanghai Garrison when he was transferred to serve as Secretary of the CPC Shanghai Municipal Committee in 2007.
Guo Boxiong and Xu Caihou are the other two vice chairmen of the CPC Central Military Commission headed by President Hu Jintao.
Posted by Claude Arpi at 6:02 AM