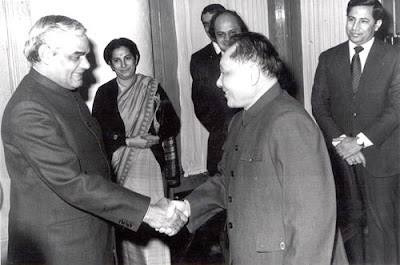 Why to attack Vietnam during Vajpayee's visit?

Yesterday, I wrote about the two sides of paramount leader Deng Xiaoping. Later, I came across this article published by Radio Free Asia which shows this not-too-well known aspect of Old Deng. It explains many things, particularly the failure of the negotiations between the Dalai Lama and the Communist leadership in Beijing in the early 1980's.

Email ThisBlogThis!Share to TwitterShare to FacebookShare to Pinterest
Labels: Deng Xiaoping, The Negotiations that never were