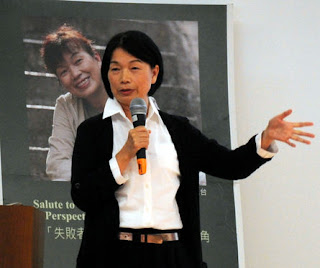 India is not the only country to be bullied by China.
With 8.9% of growth, Beijing believes it can impose its rule the world over.

Book Fair Fires Official for Approach to Chinese
October 22, 2009
By STEVEN ERLANGER
PARIS — The Frankfurt Book Fair, which struggled to find a balance between free speech and honoring China as its featured country, dismissed its project manager after yet another embarrassing refusal to let Chinese dissidents speak.
The fair, the world’s largest and most important, ended on Sunday with a traditional ceremony co-hosted by the German Foreign Ministry. But two Chinese dissident writers — the journalist Dai Qing and the poet Bei Ling — were not allowed to address the closing ceremony, despite what they said were invitations to do so.
Fair organizers later fired Peter Ripken, 67, who was the project manager for the trade show’s international center, blaming him for “persistent coordination problems in connection with this year’s guest of honor, China.”
Mr. Ripken said that it was the German Foreign Ministry, which has refused to comment, that did not want the dissidents to speak, and told the German news service Deutsche Welle: “The Foreign Ministry has stated explicitly that this fair is not there just for China, and I acted in accordance with this wish.” He said that the Chinese writers were never formally invited to address the closing ceremony.
The fair organizers also blamed Mr. Ripken for a similar embarrassment in mid-September, when a symposium on China ended in walkouts, apologies and confusion. The same two Chinese writers were invited, and were removed from the symposium by Mr. Ripken after Beijing protested. But after an uproar among German journalists and diplomats, the invitation was reinstated, but not to speak from the podium along with the official Chinese delegation.
When the dissidents spoke from the floor, the Chinese walked out, and returned only after an apology made to them by the fair’s director, Jürgen Boos.
Mr. Bei told Deutsche Welle that Mr. Ripken had told him that the Foreign Ministry opposed the dissidents’ participation in the closing ceremony, apparently believing that Beijing’s nerves had been sufficiently jangled by the fair itself.
More than 290,000 people visited the fair, down 9,000 from 2008.