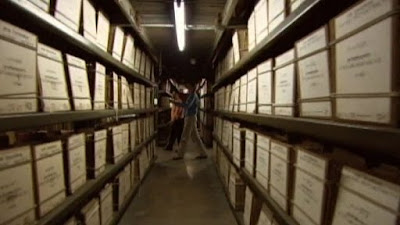 Indians are not entitled to know what has happened to their late Prime Minister. It would jeopardize the relations with Soviet Union, says the MEA. Very sad!


Communications from Moscow after Shastri's death confidential
PTI, New Delhi,
October 11, 2009
The External Affairs Ministry has refused to disclose the 45-year-old correspondence the Indian Mission in Moscow had with it over the death of former prime minister Lal Bahadur Shastri, saying it will "prejudicially affect the sovereignty and integrity" of the country and its international relations.
Three months after saying it does not have any document with regard to the death of Shastri in Tashkent in 1966 but the medical report of the attending doctor, the MEA has also adopted silence over whether any correspondence between India and erstwhile USSR on the issue exists.
Anuj Dhar, moderator of transparency website 'www.endthesecrecy.com', in his RTI application has sought correspondence between the MEA and Indian Embassy in Moscow and between foreign ministries of both the countries after the death of Shastri, if there was any, and asked to specify if there was no such correspondence.
Dhar also sought the medical report filed by Dr R N Chugh, Doctor-in-attendance to the PM, which is public domain as claimed by Shastri's grandson and BJP spokesperson Siddarth Nath Singh.
The Ministry did not say whether such correspondence exists and replied that all the information sought could not be "disclosed under Section 8(1)(a) of the RTI Act.
The section exempts disclosure of information which would prejudicially affect the sovereignty and integrity of the country, the security, strategic, scientific or economic interests of the State, relation with foreign State or lead to incitement of an offence.
The Ministry did not explain the reasons for seeking exemption which is mandatory as per the directives of Central Information Commission.
After the 1965 Indo-Pakistan war, Shastri had gone to Tashkent in erstwhile USSR in January 1966 for a summit meeting with the then Pakistan President Ayub Khan. He died under mysterious circumstances, hours after signing the joint declaration.
"The doctor's report is in public domain. I have a copy.
A doctor concluding it (death) 'may be' considered that he died due to... some word is used which means heart attack. You cannot be 'considering' the death of a prime minister, you need to be 100 per cent sure," Singh told PTI.
Dhar says death of a sitting Prime Minister abroad would have created a lot of flutter and the Indian Embassy in Moscow would have been into a lot of activity.
"There would have been a number of telephone calls and telegrams over the incident but MEA is not ready to disclose anything about it.
"They had earlier said that only document with the Embassy of Moscow is Dr R N Chug's report. Now they are saying they cannot part with these calls and telegram details which indicates that these records exist but were denied earlier," says Dhar.
Singh says disclosure could "shake some political organisation" if the country comes to know the truth as Shastri was even "more popular" than Nehru. He plans to take up the issue again with President Pratibha Patil.
"I do not understand how it will affect relationship with a country that does not exist. The era of cold war is over so why should one worry about it. I think the government is hiding the truth behind Shastri's death as they had done in many other cases," he said.
RTI applicant Dhar, who is running a campaign for declassification, feels that the disclosure of doctors' report would have sparked discussion about its veracity.
"The two-page report cannot fully answer the questions that have been raised since 1966 when Shastriji's family demanded a post mortem to rule out the suspicions of poisoning," he said.