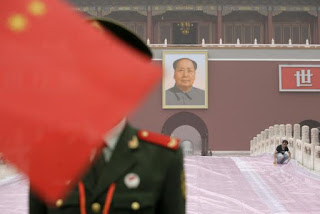 Executive Summary
The government of the People’s Republic of China (PRC) is a decade into a sweeping military modernization program that has fundamentally transformed its ability to fight high tech wars. The Chinese military, using increasingly networked forces capable of communicating across service arms and among all echelons of
command, is pushing beyond its traditional missions focused on Taiwan and toward a more regional defense posture. This modernization effort, known as informationization, is guided by the doctrine of fighting “Local War UnderInformationized Conditions,” which refers to the PLA’s ongoing effort to develop a fully networked architecture capable of coordinating military operations on land, in air, at sea, in space and across the electromagnetic spectrum.
This doctrinal focus is providing the impetus for the development of an advanced IW capability, the stated goal of which is to establish control of an adversary’s information flow and maintain dominance in the battlespace. Increasingly, Chinese military strategists have come to view information dominance as the precursor for overall success in a conflict. The growing importance of IW to China’s People’s Liberation Army (PLA) is also driving it to develop more comprehensive computer network exploitation (CNE) techniques to support strategic intelligence collection objectives and to lay the foundation for success in potential future conflicts.
One of the chief strategies driving the process of informatization in the PLA is the coordinated use of CNO, electronic warfare (EW), and kinetic strikes designed to strike an enemy’s networked information systems, creating “blind spots” that various PLA forces could exploit at predetermined times or as the tactical situation warranted.
Attacks on vital targets such as an adversary’s intelligence, surveillance, and reconnaissance (ISR) systems will be largely the responsibility of EW and counterspace forces with an array of increasingly sophisticated jamming systems and anti-satellite (ASAT) weapons. Attacks on an adversary’s data and networks will
likely be the responsibility of dedicated computer network attack and exploitation units.

Yes and the Iowa State University INFAS program is training the Cyber-warriors who will be the Jedi of defense against attacks. One problem - we are not producing American kids with enough math skills! So, we need to develope some science academies that are alternatives to public schools and instead are residential (boarding schools) for the smartest kids and we train them from early on to become whiz kids in math and science).