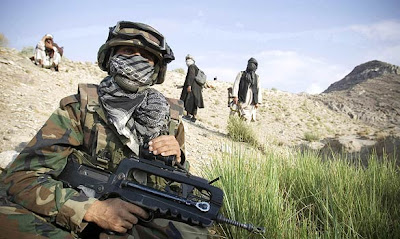 The Nobel Peace Prize Laureate has decided to send 30,000 extra troops to Afghanistan. He also asked France to provide some 1,500 more soldiers.  President Sarkozy is not convinced.

Have Obama's advisers read about the Soviet experience in Afghanistan? One can doubt.
The recently declassified documents published by the National Security Archives in the US are extremely educative. Perhaps the most interesting part is not that foreign troops have no chance to win a war in Afghanistan (a known fact), but that the 'Afghan adventure' precipitated the fall of the Soviet Empire.
Will a similar fate await today's lone superpower? Obama could well be a new Gorbachev.
His recent attitude in China tends to prove that he may not be able to keep the United States at the top of the world.

THE SOVIET EXPERIENCE IN AFGHANISTAN: RUSSIAN DOCUMENTS AND MEMOIRS
Edited by Svetlana Savranskaya
October 9, 2001
Recently declassified documents from archives in the former Soviet Union and memoirs of senior Soviet military and political leaders present the complex and tragic story of the ten years of the Soviet military involvement in Afghanistan.  Most observers agree that the last war of the Soviet Union created or aggravated the internal dynamics that eventually culminated in the dissolution of the country itself.  The documents presented here shed light on the most important moments in the history of the Soviet war in Afghanistan—the Afghan government’s requests for assistance, the Soviet Union’s initial refusal of troops, the reversal of this policy by a small group of the Politburo and the Soviet decision to invade; the expansion of the initial mission to include combat operations against the Afghan resistance; early criticism of the Soviet policy and of the People’s Democratic party of Afghanistan (PDPA) regime; and the decision to withdraw the troops.  Taken together, these materials suggest some lessons that mright be drawn from the Soviet experience of fighting a war in Afghanistan.
Posted by Claude Arpi at 8:56 AM