Killing the Chicken to warn the Monkeys 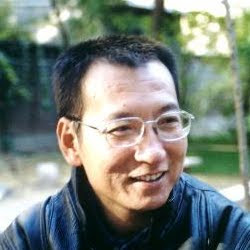 In 1981, the famous Chinese dissident Wei Jingsheng wrote to his family “it became very clear that I was the chicken killed as a warning to the monkeys".
He was referring to his writing on the Democracy Wall in Beijing in 1979 and his essay on the Fifth Modernization. Deng had spoken of the China’s Four Modernizations, Wei had added democracy.
Wei believed that for Deng Xiaoping the dissidents did not matter much; the old leader’s main worry was the Party officials and he wanted to make sure that nobody could be bitten by the democratic virus. In the process a few chickens like Wei were sacrificed. Deng made some examples ‘to warn the monkeys’.
Thirty years later, the situation has not changed much.

China Indicts Prominent Dissident
By SHARON LaFRANIERE
The New York Times
December 11, 2009
BEIJING — Liu Xiaobo, one of China’s best-known dissidents and a principal author of a pro-democracy manifesto that has attracted more than 10,000 signatures from Chinese supporters, was indicted Thursday on charges of trying to subvert the state, his lawyer said.
Mr. Liu was expected to be tried in four to six weeks, the lawyer, Shang Baojun, said Friday.
The authorities disclosed the decision to prosecute Mr. Liu — a step that almost invariably ends in imprisonment — exactly one year and a day after the manifesto, Charter 08, was published. Other Charter 08 signers said in interviews that the government was using Mr. Liu’s case to send a strong message to Chinese intellectuals that it would not tolerate organized, independent efforts to foster democracy.
“The government is trying to tell us to stop trying to push for human rights and democracy in China,” said Xu Youyu, a Charter 08 signer and a philosophy professor who recently retired from the Chinese Academy of Social Sciences. “Secondly, he has been the biggest threat inside of China, and they want to get rid of him.”
Mr. Liu’s supporters had hoped that Chinese leaders would be persuaded to release Mr. Liu, who has been detained for more than a year, when President Obama visited China last month. During the visit, United States officials gave Chinese leaders a list of “cases of concern” that included Mr. Liu and 11 other political and religious activists who are imprisoned or facing charges, according to Nicholas Bequelin, an Asia researcher for Human Rights Watch, which is based in New York.
Mr. Xu said: “I think the message to the outside world is, it doesn’t really matter to the government how this case is viewed by the international community. It can do whatever it wants.”
Many activists viewed Charter 08 as the most important pro-democracy effort in China since the 1989 Tiananmen protests. Although censors swiftly deleted the document from Internet pages and chat rooms, more than 10,000 people managed to sign it. It stated that Chinese citizens should be able to elect their own government, that power should be divided among different branches of government and that the military should come under government, not party, control.
Many of the initial signers were interrogated, but only Mr. Liu was arrested, two days before the manifesto was published. He was confined for more than six months to a windowless room in Beijing, then charged by the police with subversion and trying to overthrow the government.
Charter 08 signers have tried to show their solidarity by issuing letters of protest over his case. The most recent one, signed by 165 people, states, “If Liu Xiaobo is found ‘guilty’ that means each one of us is guilty, and we have to shoulder the punishment together with Liu Xiaobo.”
Ran Yunfei, a well-known blogger in Sichuan Province who signed the manifesto and the most recent letter, said the government wanted to silence the movement. “But this is the historic trend of democratization, and it cannot be stopped by anyone,” he said in an interview.
Mr. Liu spent two years in prison after the 1989 pro-democracy protests and three years in a labor camp starting in 1996 for challenging single-party rule and advocating negotiations with the Dalai Lama over Tibet. He was prepared to return to prison over Charter 08, Mr. Bequelin said.
Chinese defendants in subversion cases are typically sentenced to three to eight years in prison, he said. They are almost never acquitted.
Mr. Bequelin said Mr. Liu’s fate depended partly on the reaction of the international community to the indictment. “Whatever they have been doing, it has not been enough,” he said.
Posted by Claude Arpi at 2:06 PM