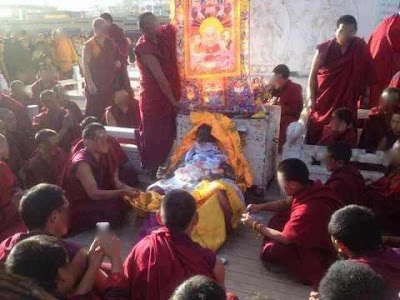 According to the Tibetan Centre for Human Rights and Democracy in Dharamsala, several thousands Tibetans demonstrated  in  Rebkong County of Malho Tibetan Autonomous Prefecture in Qinghai Province (formerly Amdo).
Who could have envisaged this only a year ago?
Not the China's watchers, for sure.
President Xi Jinping has a tough road ahead.
Will he be a new Hu Yaobang and bring some appeasement to these areas which have for so long suffered of the Great Han Chauvinism?
Let us hope. 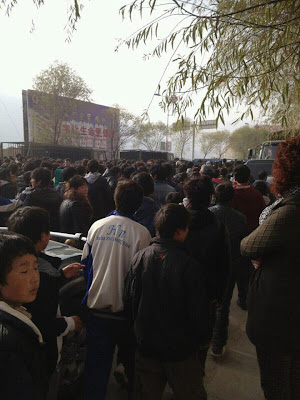 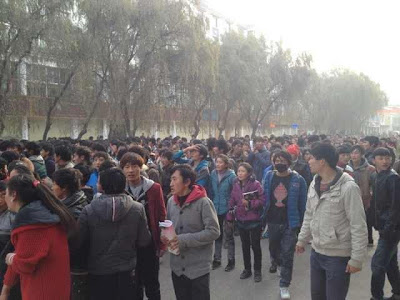 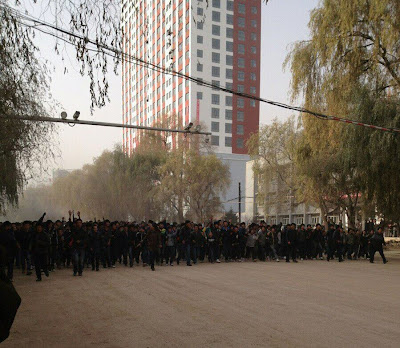 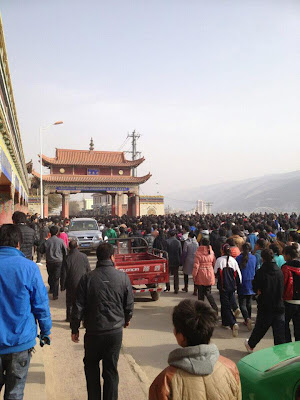 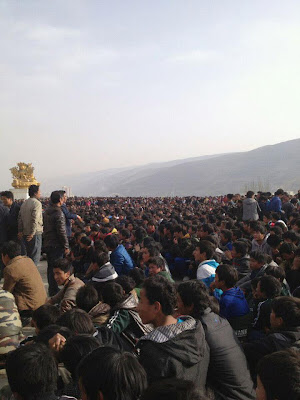 Thousands of Tibetan schoolchildren hold demonstration; pull down Chinese flags after three burning protests in Rebkong
Thousands of Tibetan school children staged a protest march early today in Rebkong (Ch: Tongren) County where three Tibetans burned themselves alive in the past five days in Malho (Ch: Huangnan) Tibetan Autonomous Prefecture in Qinghai Province, in the Tibetan province of Amdo.
This is the second protest reported from Rebkong County after yesterday’s protest in which about 700 schoolchildren pulled down the five-starred Chinese flags hoisted on top of their school building in Dowa Township. Chinese flags on Dowa Township government office were also pulled down.
According to information received by TCHRD, about 5,000 students from different schools in Malho Prefecture and Rebkong County organized a demonstration at around 5 am (local time) today reciting prayers in honour of the Dalai Lama and shouting slogans for ‘equality of nationalities’, ‘free Tibet’, and ‘return of Dalai Lama to Tibet’.
Students participating in the demonstration hail from four major counties of Thunding, Chentsa (Ch: Jiancha), Tsekhog (Ch: Zeku) and Yulgan (Ch: Henan) in Malho Prefecture, according to sources.
The demonstrators walked across Rongwo town before assembling at Dolma Square in front of Rongwo Monastery. At the square, they kept on reciting prayers and shouting slogans even as more local Tibetans joined the crowd.
Sources told TCHRD that the demonstration at Dolma Square is gaining strength with more joining in. The streets in and around Rongwo are filled with school children causing intermittent halts in traffic movement.
There are no reports of official clampdown on the demonstration but People’s Armed Police are stationed at various road checkpoints and at the government offices in the County.
Yesterday, on the morning of 8 November, about 700 schoolchildren pulled down Chinese flags from a school building and township government office in Dowa Township. Moments after the protest, seven military trucks came from Rebkong County but local Tibetans and school children stopped the trucks from moving to Dowa Township. Faced with a crowd of Tibetan protesters, the military trucks backed off returning to Rebkong.
In the past five days, three Tibetans have set themselves ablaze in Rebkong County. On 8 November, Kalsang Jinpa, 18, a nomad burned himself to death in protest near Rongwo Monastery. Jinpa had been a monk at Rongwo Monastery.  According to sources with contacts in the region, Jinpa died calling for the return of the Dalai Lama to Tibet. The day before, on 7 November, Tamding Tso, 23, mother of a six-year-old boy set herself on fire and died calling for the return of the Dalai Lama to Tibet. Tamding Tso belonged to Dro Rongwo Village in Dowa Township. Earlier on 4 November, Dorjee Lhundup, a farmer in his mid-20s and father of a two-year-old girl and a four-year-old son died of self-immolation protest calling for the return of the Dalai Lama to Tibet.
Posted by Claude Arpi at 2:23 PM