More on the Diversion 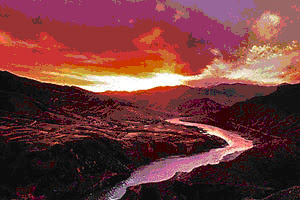 More details are coming out on the new diversion plan for the Yarlong Tsangpo/Brahmaputra.
It seems that these plans are similar the ones earlier expounded by Li Ling and Gao Kai in Li Lings' book Tibet’s Water Will Save China.
Interestingly, Wang Guangqian, a scientist of the Chinese Academy of Sciences Engineering has the backing of Li Ruihuan, a former member of the Standing Committee of the CCP's Politburo and former Chairman of the Chinese People’s Political Consultative Conference.
Many in the PLA as well as the mega dam companies are also be backing the project (a 35 billion dollars project is worth backing!??).
One of the issues is that the two first legs of the 'diversion' mega project are running into serious technical and human difficulties.
On June 1, The New York Times reported:


A chronic drought is ravaging farmland.The Gobi Desert is inching south. The Yellow River, the so-called birthplace of Chinese civilization, is so polluted it can no longer supply drinking water. The rapid growth of megacities — 22 million people in Beijing and 12 million in Tianjin alone — has drained underground aquifers that took millenniums to fill. Not atypically, the Chinese government has a grand and expensive solution: Divert at least six trillion gallons of water each year hundreds of miles from the other great Chinese river, the Yangtze, to slake the thirst of the north China plain and its 440 million people.

The project is facing several problems: the construction has been seriously delayed (very unusual phenomenon in China). The cost have overshot the estimates and last, but not the least, waters are reaching their destination polluted. The New York Times wrote:


Overseers of the eastern route, which is being built alongside an ancient waterway for barges called the Grand Canal, have found that the drinking water to be brought to Tianjin from the Yangtze is so polluted that 426 sewage treatment plants have to be built; water pollution control on the route takes up 44 percent of the $5 billion investment, according to Xinhua, the official news agency. The source water from the Han River on the middle route is cleaner. But the main channel will cross 205 rivers and streams in the industrial heartland of China before reaching Beijing."When water comes to Beijing, there’s the danger of the water not being safe to drink,” said Dai Qing, an environmental advocate who has written critically about the Three Gorges Dam.

A video on The New York Times is telling. Just watch it.
The problems may be different for the Great Western Diversion (or even the 'Small' Western Diversion), but the delay of the Eastern and Central parts is certainly an issue to consider for the 'deciders'.
Another issue is the cost. According to the chinadialogue's article: "Wang Guangqian’s team is understood to be working with the South-North Water Transfer office to organize a feasibility study of their proposal. Li Ling, author of Tibet’s Water Will Save China, has long been following these proposals. He said that the Institute of Advanced Technology at the Chinese Academy of Sciences is using supercomputers and data modelling to simulate the Major Western Route and evaluate its feasibility."
In 2006, the Chinese government pretended that 'a few mad men' were thinking of this pharaonic project, but if these few 'mad men' (supported by a former Politburo's Standing Committee member) are able to use the super computers of the Chinese Academy of Sciences for their calculations, they may not be that mad.
In the meantime, Foreign Minister S M Krishna said the Indian Government "has sought a report on the matter from its mission in Beijing.We are trying to get more details both from the government and our mission and then depending upon the report that we get, we will be able to make an assessment and take appropriate diplomatic steps."
More comical, The Times of India reported that an "Indian officials said they were looking at the situation closely even though there was no evidence yet to suggest any major diversion by China of Brahmaputra."
How can there be evidences for a project supposed to start in 50 years?
All what Wang Guangqian said that the project should be started much earlier than originally planned and feasibility work should be done now. The only evidences are in the super computers of the Chinese Academy of Science.