Fighting it out in cyberspace 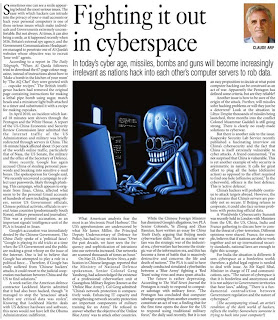 This article has been published in The Pioneer (yesterday's edition).

In today’s cyber age, missiles, bombs and guns will become increasingly irrelevant as nations hack into each other’s computer servers to rob data.