Some comments on the Karmapa issue 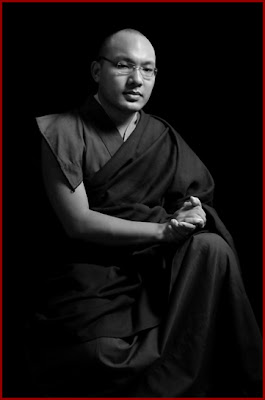 China denies Karmapa spy reports
Global Times
January 31 2011]
By Jia Cheng
A Chinese official Sunday denied Indian media reports that Ugyen Trinley Dorje, the 17th Karmapa of the Karma Kagyu sect, could be part of a Chinese plan to control monasteries along the Sino-Indian border.
Xu Zhitao, an official at the United Front Work Department of the CPC Central Committee, told the Global Times Sunday that "the speculation by India's media, regarding the matter of the Karmapa as a Chinese agent or spy, shows that India is keeping its mistrustful attitude toward China."
Additionally, thousands of devotees thronged Gyuto Monastery near Dharamshala on Sunday to show solidarity with the Karmapa, according to the Times of India.
One of the Karmapa's German followers said, "We stand by Karmapa. He is no Chinese spy."
The Times of India had reported that Indian intelligence agencies reportedly said the Karmapa may be a Chinese "plant," after Indian police found a large number of foreign currencies, including Chinese yuan, at his monastery Friday. The currency recovered belongs to about 26 countries, including Japan, Vietnam, Thailand, South Korea, Germany and the US.
The Karmapa was questioned on Sunday for the second time in connection with nearly $1.5 million worth of unaccounted foreign currency in his monastery. The questioning was ended by the Karmapa's claims that the money was given by devotees, said a report on indiablooms.com.
The news has pushed Indian media to link the terms "agent" and "spy" to China.
OneIndia News also reported that "The foreign currency seized in the raid is Chinese yuan, linking the Karmapa's apparent clandestine relationship with China," and said the connection between the Karmapa and China is "sinister."
Xu said, "The 17th Karmapa Living Buddha is the first reincarnated Living Buddha confirmed and approved by the Central Government of the People's Republic of China after the peaceful liberation of Tibet in 1951."
The reincarnation of holy men is a unique form of succession in Tibetan Buddhism, which has long been recognized and respected.
"Karmapa left China in 1999 for the purpose of religious behaviors, just as he claimed," Xu added.
Meanwhile, the Karmapa's office also dismissed on Saturday the alleged Chinese links, saying in a statement, "The cash in question under the current investigation by police is offerings received for charitable purposes from local and international disciples from many different countries wishing to support His Holiness Karmapa's various charitable activities."
This is not the first time that India's media has linked "spies" with China. Earlier this month, three Chinese citizens were arrested in India on suspicion of money laundering and spying on border security. But the Chinese foreign ministry said they were actually tourists who had mistakenly crossed the border from Nepal.
Posted by Claude Arpi at 6:05 PM