I do not envy the job of the CSO: 100 Years of Signals 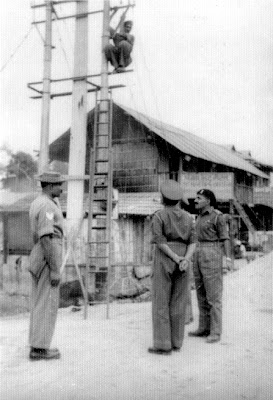 At a time when The National Military Strategy of the United States of America (2011) believes that: "assured access to the global commons and cyberspace constitutes a core aspect of US [military strategy]", it is worth looking back at the world history of communications.
The advent of the telegraph has been a major evolutionary step in communication which greatly changes the perspectives and possibilities of the Defence Forces.
Let us not forget that it was only in 1868 that the first telegraph routes were built by the Army Signals, then under the responsibility of the Sappers and Miners.
However, on 15 February 1911, the Corps of Signals was formed as a separate arm. Since then, the world of communication has tremendously changed and for the past 100 years, the Corps of Signals has followed this evolution keeping in mind its motto — Teevra Chaukas (Swift and Secure).
On the occasion of the 100 Years of the Corps of Signals and the 40 anniversary of the War for the Liberation of Bangladesh, we are publishing excerpts of the memoirs of Maj. Gen. K.K. Tewari (A Soldier’s Voyage of Self Discovery), who commanded the Signals on the Eastern front in 1971. The author makes an interesting description of the set-up on the Eastern theater before the 1971 War.