Route to Heaven or Hell? 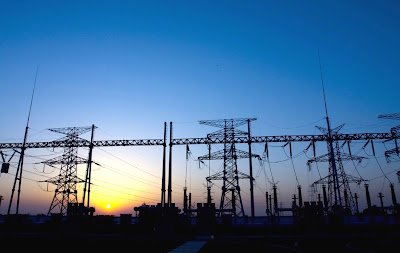 It sounds as if Beijing is planning to send electricity from the mainland to Tibet, which is the region of the world with the highest hydropower potential.
Is it not strange?
More than 2 billions dollars for supplying electricity to the Tibetan plateau which will soon produce gigawattas of electricity.
Strange indeed!
The same equipment can probably use 'in reverse' and power will then be sent from Tibet to the mainland.
More logical, Dr. Watson!

'Power Route to Heaven' to operate by 2011
China Tibet Online
2011-02-18
Jolan Zhao
The Qinghai-Tibet AC/DC Power Networking Project  will be completed by the end of 2011, local media news reported.
The power grid interconnection project is one of China's 23 key projects of the western development strategy, which started in 2010.
According to Wen Weibing, deputy director-general of this power project, three sections are being constructed before operation: 750 KV  electricity transmission and conversion station along the Xining-Mt. Riyue-Wulan-Golmud line, 400KV. D.C. electricity transmission from Golmud of Qinghai to Lhasa of Tibet and 220 KV. electricity ring network in Lhasa.
Due to the complex highland natural conditions in Tibet, the power networking project requires sophisticated technology and take prudent measures to battle the high altitude, large frozen soil area, fragile biological environment and harsh working conditions.
It is reported that 16.2 billion yuan and 60,000 workers have been involved in  accomplishing this project. By December 2010, it has already witnessed remarkable progress.
The Qinghai-Tibet AC/DC Power Networking Project will end the history of single  power grid operation, and tremendously improve the power supply in Tibet.
Posted by Claude Arpi at 7:50 AM