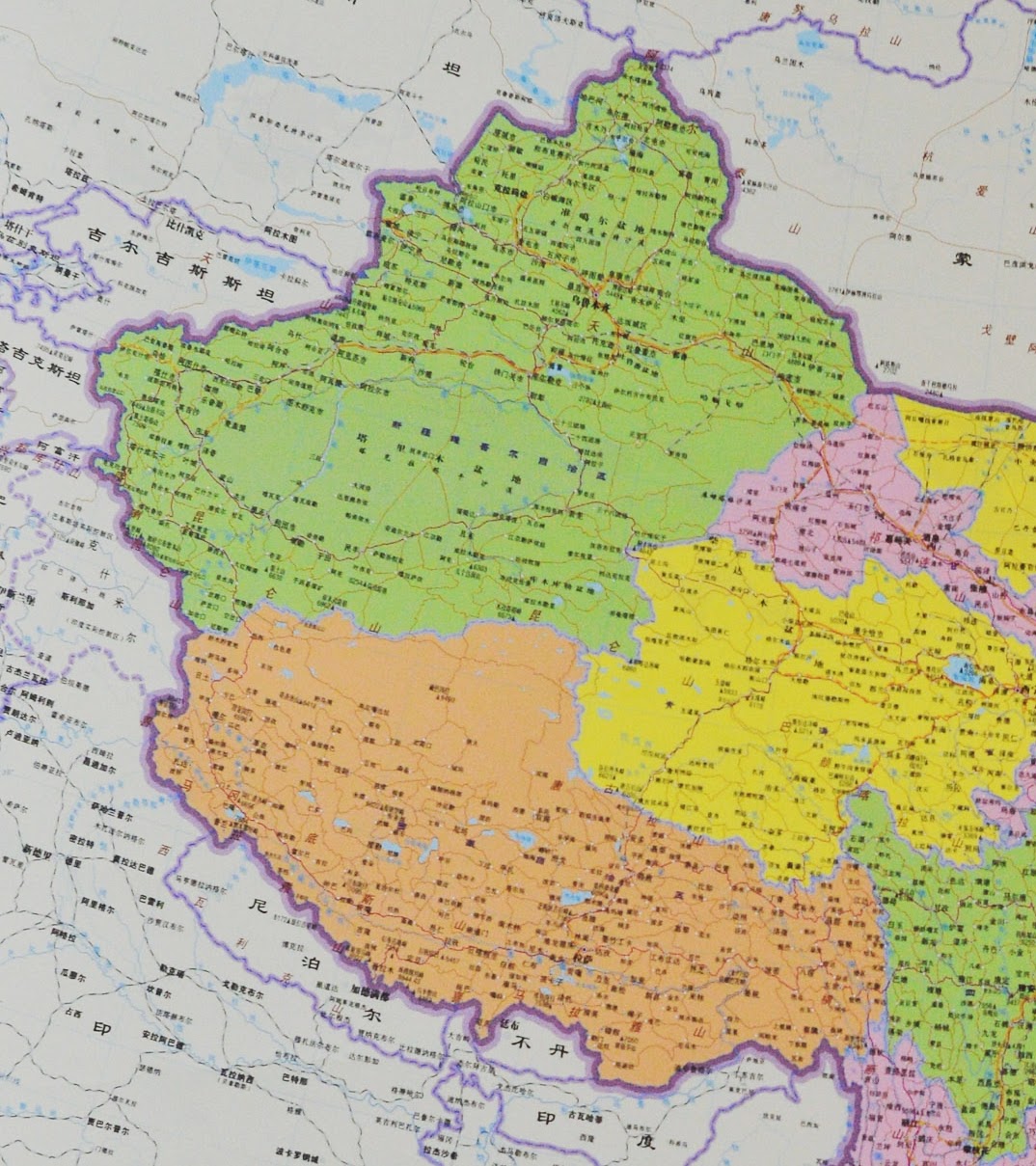 On November 14, 1954, Nehru wrote a note entitled 'Implications of China Visit'; it was an internal note for the Ministry of External Affairs (MEA).
The Indian Prime Minister describes in detail his visit to Beijing (in October 1954):


During my visit to China, I had a number of talks with the Chinese leaders. I had long talks with Premier Chou En-lai separately. I also had joint talks with Chairman Mao Tse-tung and his principal colleagues, viz., Vice Chairman Chu Teh, Chairman of the Standing Committee of the Peoples' Congress, Liu Shaochi, Premier Chou En-lai, Vice Chairman of the Standing Committee, Sung Ching-ling (Madame Sun Yat-sen), Vice Premier Chen Yen and the Chinese Ambassador in India. On our side in these joint talks, we had our Secretary General, N.R. Pillai, and our Ambassador in Peking, N. Raghavan. We both had interpreters with us.

Of current interest are Nehru's remarks about the maps of China published by Beijing showing several parts of India's territory as belonging to China. Nehru writes:


…I referred to Chinese maps which still showed portions of Burma and even of India as if they were within Chinese territory. So far as India was concerned, I added, we were not much concerned about this matter because our boundaries were quite clear and were not a matter for argument. But many people took advantage of these old maps and argued that China had an aggressive intent, or else why continue to use these maps. In Burma also this caused apprehension.
Premier Chou [Zhou Enlai] replied that these maps were old ones and China had not done any surveying to draw new maps. Their boundaries even with Mongolia and the Soviet Union were still not clearly demarcated and there were discrepancies. I [Nehru] pointed out that this might be so. So far as India was concerned, I repeated, there was no doubt about our boundaries and I was not worried about them. But I wondered how China would feel if a part of Tibet had been shown as part of India in our maps.

Last week, this came back to my mind when Beijing published its first official vertical national map incorporating the vast areas of South China Sea.
The South China Morning Post (SMCP) commented that the new map gave "equal weight given to both land and sea, in [Beijing's] latest move emphasising its claims of sovereignty over the disputed waters."
Earlier maps showed the islands in the South China Sea on a smaller scale, in a separate box-out in a bottom corner of the map.
For a few days, most commentators concentrated on the South China Sea due to the prominence given to the South China Sea on the new map, but on Saturday, the Indian MEA finally reacted.
Why? Because they discovered that the new Chinese map shows Arunachal Pradesh as part of China.
The Indian press commented: "The MEA dismissed the new map issued by Chinese authorities this week by saying cartographic depiction did not change the reality that Arunachal was part of India."
The MEA spokesman said: "The fact that Arunachal Pradesh in integral and inalienable part of India has been conveyed to Chinese authority at several occasions including at the very highest level."
What is most shocking is the fact that the spokesperson forgot to mention the Central Sector (Uttarakhand and Himachal) were large chunks of Indian territory (such as Barahoti and Nilang) appear on the Chinese map and not a word for the Aksai Chin and areas around the Panggong tso in Ladakh too.
The MEA has nothing to say about these vast areas of the Indian territory?
Amazing and sad!
Let us not forget that China’s Survey and Mapping Administration has approved the map published by Hunan Map Press, which in its announcement said the map was of 'great significance in safeguarding the nation’s water sovereignty and territorial integrity'.

Here is a Chinese map of Ngari region (Central Sector).
Why is Delhi so quiet?
We will probably be told "Don't worry, China and India are friends". Like in 1954?

Sixty 60 years ago too, Beijing had 'no problem' with India. China's problem was with American Imperialism, so it liked to say.
While President Xi Jinping vowed that no violations of territorial integrity will be tolerated, he added that no nation (read the US) should be allowed to monopolise global affairs.
Xi was speaking on the occasion of  the 'celebrations' of the infamous Panchsheel. Xi however made it clear: "Sovereignty is the reliable safeguard and fundamental element of national interest. Sovereignty and territorial integrity should not be infringed upon. This is the hard principle that should not be cast aside at any time".
And then, he started indirectly bashing the United States: "All nations should be given equal footing in the global security framework, and share equal rights."
Su Hao, a professor with China Foreign Affairs University told SCMP: "The message is that China is not the source of the problem, and it is some external force violating principles of international relations and making chaos in the region."
One more 'detail', but which is vital for India, on the new Chinese map, the size of the Chumbi Valley located between Sikkim and Bhutan, seems really bloated to me.
Does China plans to grab more territory from Bhutan?