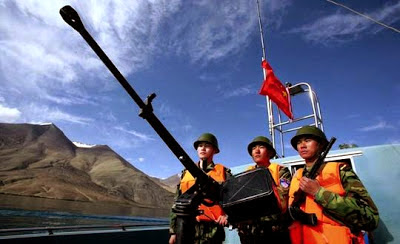 The Hindustan Times reported today: “On June 24, four Chinese high-speed interceptor boats were spotted moving from Sirijap I posts around 8.25 am to Sirijap VIII, VI and V detachments on northern banks of the [Panggong] lake. Twenty minutes later, Indian troops on the four American - made boats moved from Thukang base and intercepted Chinese vessels. The two sides first were locked in a face-off and then conducted a so-called banner drill to remind the other side of the Line.”
Is this lake-intrusion related to the visit of Deng Xiaogang to Ngari and General Wang Jianping’s (see yesterday’s posting) to Lhasa?
Deng, the Tibetan Autonomous Region's security tsar has been touring border areas of Western Tibet for days and weeks accompanied by Maj. Gen. Gao Wanhai, the Commander of the Public Security Bureau at the Border Defence General Headquarters.
On June 24, when the intrusion occurred, Deng was in Ali, the capital of Gar Country of Ngari Prefecture. A few days earlier, he was in Rutok, in the vicinity of the Lake.
Just a coincidence?
According to South Block sources, on June 24, the Chinese People’s Liberation Army (PLA) boats came 5.5 kilometres into the Indian territorial waters on the Pangong Lake (tso).
Some parts of the lake are under Chinese control in the Tibetan Autonomous Region (TAR), while others are under Ladakh (J&K State).
The incursion lasted over two hours, involving four high-speed Chinese interceptor boats that were pushed back by Indian troops, wit their US-built interceptor vessels.
The Hindustan Times says that the picturesque lake, 134 km long and at a height of 4,350 metres above sea level, has seen 12 face-offs between Indian and Chinese troops this year alone: “In 2013, there were no less than 18 face-offs between Indian and Chinese troops in Panggong Tso due to serious difference in perception on the LAC and also due to massive Chinese infrastructure build-up close to the line,” a government official told the Indian newspaper.

Moreover, let us not forget that General Wang Jianping, the Commander of the People’s Armed Police (PAPF) visited Lhasa on June 26.
He inspected the TAR’s People’s Armed Police training base, a Traffic police detachment, Tibet’s Forest Armed Police Corps, the 117 Police Division, a detachment of Ngari Police.
According to The Tibet Daily, he wanted to get a detailed understanding of the situation.
For the purpose, he called on officers and men of the People’s Armed Police.
The Chinese newspapers reported that Wang Jianping acknowledged the success achieved by the Armed Police's Tibet Corps and the Armed Police Forces in every work and asked all the armed police officers and men to understand the serious and complicated situation that they are facing at present. He told them to strengthen the police force for war preparation and continue the good job of building up (the police forces).
He said a good chess player takes the initiative.
He asked the Force to ensure the completion of every task, giving first priority to the tasks that need to be dealt with urgently, providing a strong support for Tibet’s continuous stability, long term stability and comprehensive stability.
‘Stability’ has been the motto of each and every leader coming to Tibet in the recent months.
While on the Potala Palace Square, Wang Jianping “cordially greeted and expressed sympathy to the officers and men on duty, encouraged everybody to stand guard for the Party and the people and to be on alert.”
Walking to the Potala Palace Square’s Police Station, Wang Jianping said that the police should understand in detail the work [in Tibet]; for example, the duty of the Police Station, the range of service, the promotion the urban grid management.
The Police has to strongly protect the stability of vast areas, protect people of every ethnic minority, as well as Chinese tourists and visitors from abroad. Wang spoke of the important measures taken by the Tibet Communist Party’s Standing Committee and the TAR government’s to implement the Central Government’s policies for governing Tibet.
He mentioned the unprecedented measures to strengthen [the Party] and the innovative social management introduced. He spoke of the "effective steps which promote China’s administrative system and the modernization of the administrative capability as well as the need to seriously gain experience to continuously improve the quality of [police] work in order to become a strong pillar for Tibet’s developmental breakthrough and long term peace and stability.”
Behind this Communist jargon, published by The Tibet Daily, lies the firm resolve to control Tibet (and particularly the TAR) in an always firmer hand.
This is not good omen for Tibet; the Middle Path promoted by the Tibetans in exile seems far, far away.
It remains to be seen if the visit of General Wang and Deng Xiaogang’s tour of the border areas in Western Tibet, is linked to the new aggressiveness on the Panggong tso. It is probably the case in view of the high lever delegation accompanying Deng Xiaogang in Ngari.
A few pictures of Panggong tso from the Tibet's side: 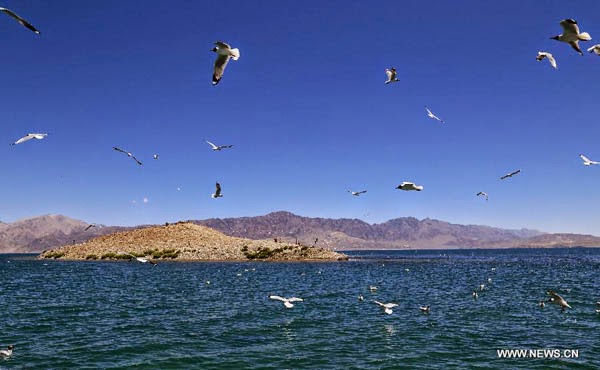 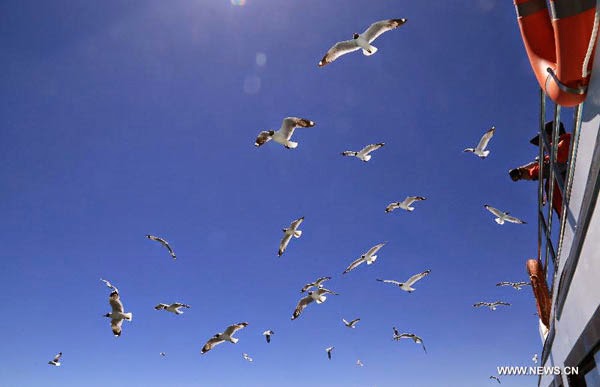 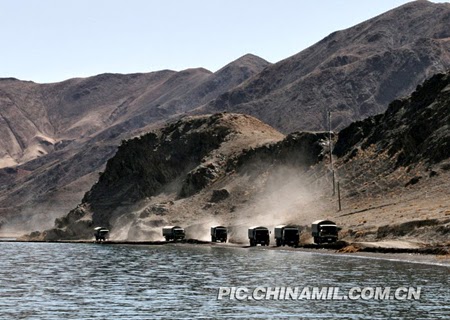 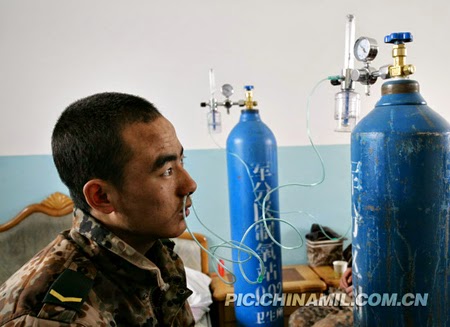 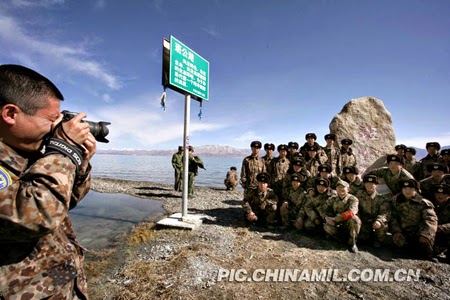