Tibet received the visit of an important guest, General Wang Jianping, the Commander of the People's Armed Police Forces (PAPF).
Who are the PAPF?
According to the latest Chinese White Paper on Defence:


In peacetime, the PAPF's main tasks include performing guard duties, dealing with emergencies, combating terrorism and participating in and supporting national economic development. In wartime, it is tasked with assisting the PLA in defensive operations. Based on the national information infrastructure, the PAPF has built a three-level comprehensive information network from PAPF general headquarters down to squadrons. It develops task-oriented weaponry and equipment and conducts scenario-based training so as to improve its guard-duty, emergency-response and counter-terrorism capabilities. The PAPF is composed of the internal security force and other specialized forces. The internal security force is composed of contingents at the level of province (autonomous region or municipality directly under the central government) and mobile divisions. Specialized PAPF forces include those guarding gold mines, forests, hydroelectric projects and transportation facilities. The border public security, firefighting and security guard forces are also components of the PAPF."

The PAPF is over-all responsible for the 'security' of the Middle Kingdom, and incidentally for extinguishing Tibetan 'immolators' (fire-fighting). The border guards (in the case of Tibet, the borders with India) are also under the PAPF.
And let us not forget that the PAPF's budget is larger than the PLA's.
See my earlier posting on this, the Defence White Paper on Tibet.

General Wang Jianping is an old Tibet-hand.
Han by nationality, he is a native of Hebei province. He was born in 1953, joined the Army in 1969. In 1997, he was promoted to major general and lieutenant general in 2007.
He served as PAPF's deputy commander for one year. before becoming Commander of the Chinese People's Armed Police Force in 2009.
General Wang replaced General Wu Shuangzhan, 64, who retired after having served a record ten years as head of the paramilitary force. At that time, Wang and about two dozen officers were promoted in what the Chinese media described "as one of the largest-ever reshuffles since the PAP was set up in 1983.”
General Wang was one of Hu’s favorite. He was elevated twice in 2009 — from PAP chief of staff to Vice-Commander, and then Commander.
Importantly, he served as Commander of the Tibet Autonomous Region's (TAR) PAPF from 1996 to 2000. He knows Tibet well and particularly the Ngari region.

The TAR's entire Standing Committee (minus Deng Xiaogang still roaming in Western Tibet) was in attendance to receive General Wang.
But rest assure, Deng was soon back in Lhasa to report to the General about his long 'inspection tour' in the Indian borders of Western Tibet. (see my posting Why is Deng watching the Seaguls).
While in Lhasa, General Wang inspected the troops on the square in front of the Potala Palace! The choicest place for a parade, for the Chinese leadership.
In the meantime, military exercises continue on the Tibetan plateau.
Chinamil.com reported that "an anti-aircraft artillery detachment of an air-defense brigade under the Chengdu Military Area Command (MAC) fired  targets in the air on June 19, 2014. The brigade took its troops to an unfamiliar [sic] area to conduct live-ammunition firing training in mid-June, 2014."
A few pictures: 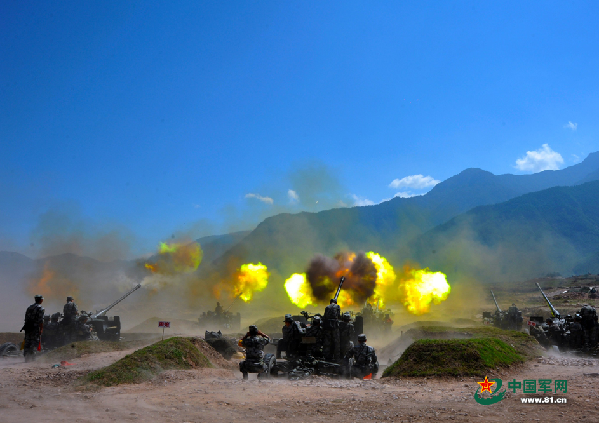 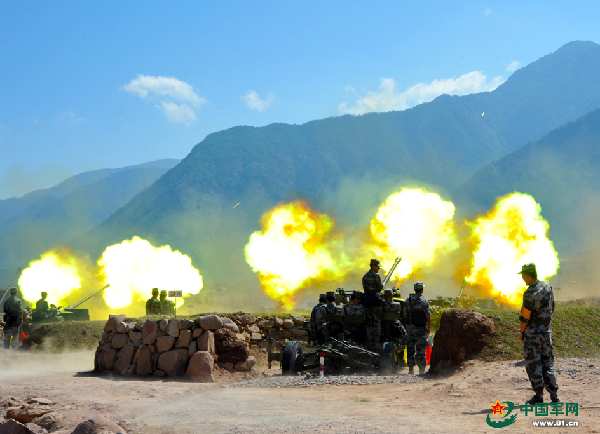 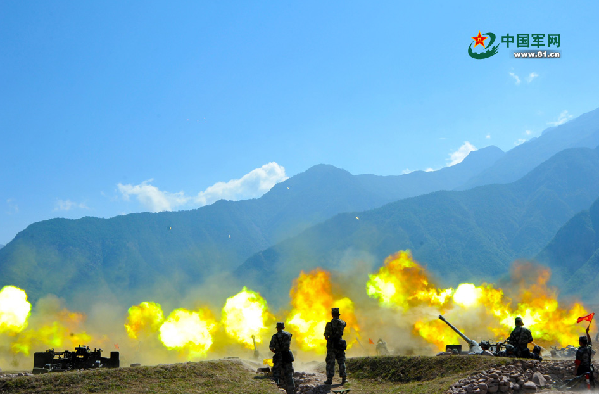 Further, according to The People's Daily: "On June 17, an air force division of Chinese People's Liberation Army (PLA) conducted actual combat exercise at a military airport on the snow-covered plateau to improve combat capability of the troops." 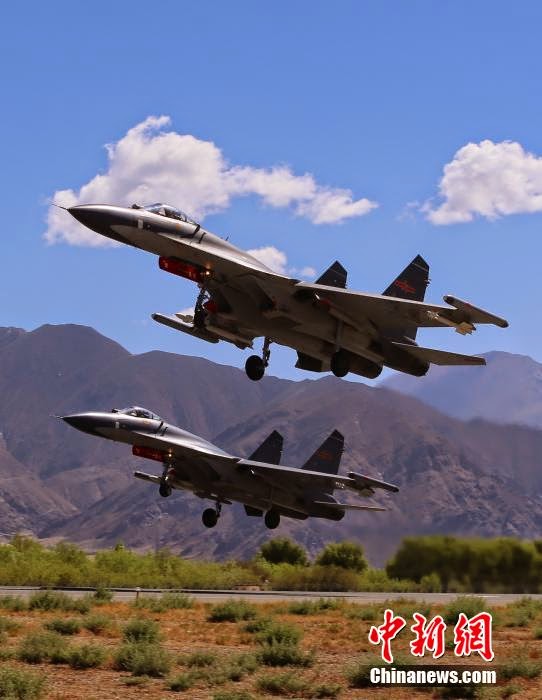 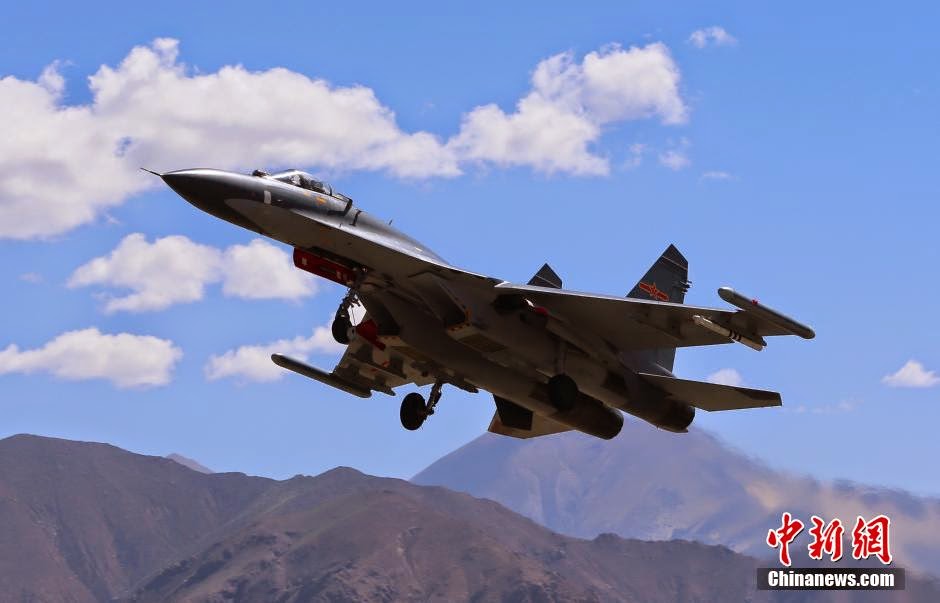 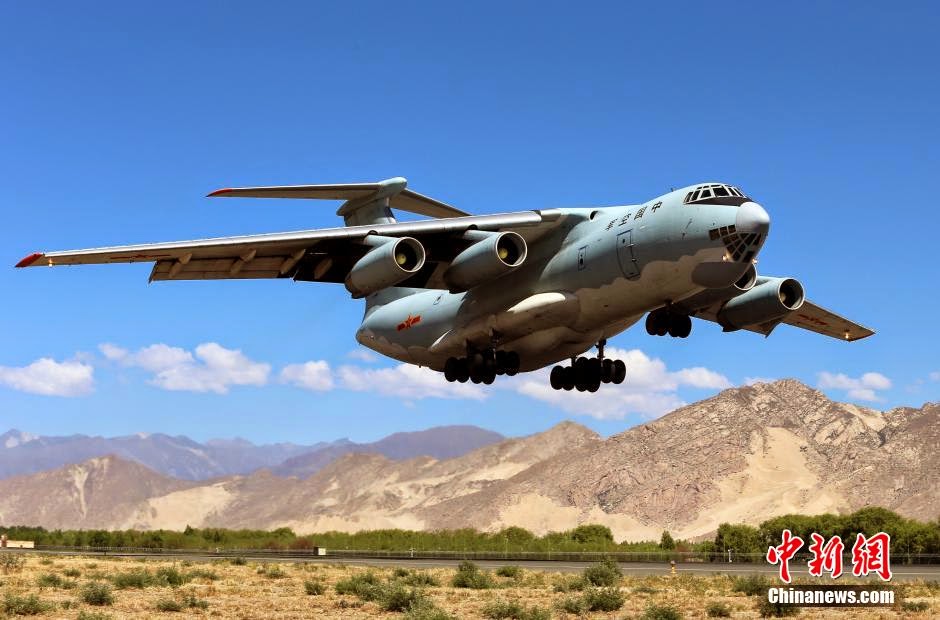 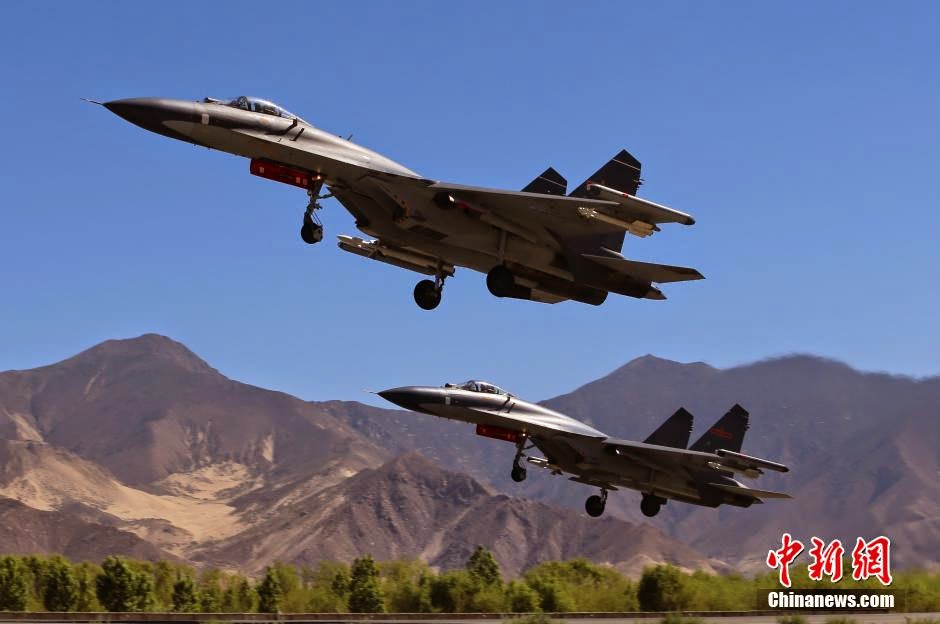 What is going on Tibet?
This morning, The South China Morning Post annouced: "Two major generals in the PLA with connections to Sichuan province have been detained as part of a corruption investigation, two sources with knowledge of the matter said. The detention of the senior officers is thought to be part of a wider inquiry into alleged graft in the military. Both men were taken into custody last month, the sources said. One of those detained, Ye Wanyong, is retired, having formerly served as a commissar in the Sichuan military region."
Maj. Gen. Ye Wanyong spent some 37 years in Tibet before transferring to Sichuan in 2006. He served in Nyingtri, Lokha and Lhasa where he was posted as a Deputy Political Commissar.
Are the corruption charges related to the time when Ye was posted in Tibet?
We may never know.
Posted by Claude Arpi at 6:36 AM