A Strike Corps for Arunachal 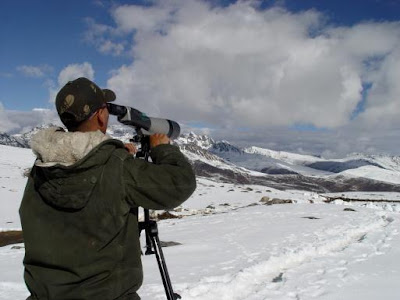 Some years ago, when George Fernandes, the then Defence Minister dared saying that China is India's No 1 enemy (and not Pakistan), he was told to keep quiet by his own NDA government.
The mindset in the Indian establishment has radically changed since then, mainly thanks to the tremendous progress made by the Chinese PLA on the infrastructure development in Tibet.
The creation of a strike Corps to strengthen Indian defences is therefore a welcome development.
The Times of India recently reported that the Chinese soldiers damaged a wall erected by India north of Tawang (Arunachal Pradesh). The incident was termed "as the most important one along the Sino-Indian border this summer".
Apparently the Chinese soldiers came across to a place where India has a 200 metres long wind-breaker wall and damaged it. The wall, said to be a few feet tall is an old structure.
Indian troops eventually repaired the wall, and a complaint was lodged with the local Chinese military commander.
This is a relatively minor incident, but it can only repeat itself and escalate, if India does not show its is prepared for any eventuality.
The creation of a strike Corps will go a long way to cool down the ardours of the People's Liberation Army.
As already mentioned on this blog, General Chen Bingde, Chief of General Staff of the PLA (and a senior member of the Central Military Commission) did not accompany Vice-President Xi Jinping to Bayi in Nyingtri Prefecture, north of Arunachal. He headed for Ngari (Western Tibet) with some other members of the delegation from Beijing.
'Bayi' is a People’s Liberation Army town. Bayi means 'Eight-one" or 'August 1'. It refers to the anniversary of the Nanchang Uprising, considered to be the founding date of the People's Liberation Army.
The town of Bayi was established soon after the invasion of Tibet by the 18th Army (part of the Second Field Army based in Sichuan) in the early 1950s. It is today one of the two main PLA bases in Tibet.
Ngari in Western Tibet (North of Ladakh) comes under Xinjiang Military District, itself under Lanzhou Military Region.


New strike corps for China border
Ajai Shukla
New Delhi August 24, 2011,
In 2009, New Delhi acted decisively in sanctioning two new army divisions, about 35,000 troops, to strengthen Indian defences in Arunachal, which China claims as a part of Tibet. It can now be revealed that New Delhi has also sanctioned a new mountain strike corps,  of an additional 40,000 soldiers, to be permanently located in bases in northeast India. The new corps is to retaliate against any major Chinese ingress into India by launching an offensive into Tibet.
For decades after India’s humiliation at the hands of China in 1962, New Delhi shrank from a robust defence posture on the Sino-Indian Line of Actual Control (LAC), fearing  it might provoke China. In the aftermath of 1962, through the 1960s and 1970s, the Indian Army stayed away from the border, remaining behind a self-imposed ‘Limit of Patrolling (LoP)’. In the 1980s, the army returned to the LAC, but remained entirely defensive in outlook. The sanctioning of a strike corps, therefore, signals a dramatic new assertiveness in New Delhi.
Business Standard has been aware of this development since 2009, but has refrained from reporting on it after requests from top Ministry of Defence (MoD) officials. Now, with the outlines of this development emerging in the media, Business Standard no longer feels bound by confidentiality.
The new mountain strike corps will control two divisions, trained and equipped for an attack into Tibet. If China’s People’s Liberation Army (PLA) captures any Indian territory, by quickly concentrating an attacking force over Tibet’s impressive road network, the Indian Army would not be forced into bloody, Kargil-style counterattacks to recapture that territory.
Instead, the new strike corps would launch its own riposte, advancing into Tibet and capturing a vulnerable chunk of Chinese territory, e.g. the Chumbi Valley that projects into Sikkim and Bhutan. Several such objectives would be identified in advance and detailed preparations made for the offensives. The new strike corps will have its own mountain artillery, combat engineers, anti-aircraft guns and radio equipment. It would also be supported by Indian Air Force (IAF) fighters, operating from newly renovated bases in northeastern India. On July 26, the then IAF chief confirmed that Sukhoi-30 fighters had already been posted to air bases at Tezpur and Chhabua.
On June 25, he told NDTV that Jorhat, Guwahati, Mohanbari, Bagdogra and Hashimara were also being developed as air bases. The IAF is also modernising eight ALGs (Advanced Landing Grounds), essential for quickly building up and resupplying a strike corps. These bases would also be crucial for airborne operations, especially heli-lifting forces to key objectives behind the enemy frontlines.
The proposal to raise two additional divisions for the defence of Arunachal Pradesh, as well as a strike corps, dates back to 2007. It began as a decision of the China Study Group, a secretive government body that considers all strategic issues relating to China. Thereafter, the army’s Directorate General of Military Operations (DGMO) prepared a cabinet note. The decision to raise the additional divisions was taken by the Cabinet Committee on Security (CCS) on May 14, 2009.
This was the last major decision taken by the UPA government before the elections of 2009. It was rushed through because top UPA leaders felt if the UPA were not re-elected, the new government would begin the decision-making process afresh, losing another two years. To manage the expenses, it was decided the two defensive mountain divisions would first be raised during the 11th army plan (2007-2012). Next, the strike corps, including its two mountain divisions, would be raised during the 12th Defence Plan (2012-2017). The cost of raising a new Indian Army mountain division is estimated to be Rs 700 crore.
The 4,057-km LAC consists of three sectors. In the western sector in Ladakh, which India’s 14 Corps defends, the PLA already controls most of the area that China claims. The central sector, at the UP-Tibet border, which India’s 6 Mountain Division defends, is relatively insignificant. The most contentious is the eastern sector, which includes Sikkim and Arunachal Pradesh, where China claims 90,000 sq km of territory that India occupies. It is here, driven by fear of Chinese aggression, that India is strengthening its capabilities by raising new formations.
A mountain strike corps will provide India with strategic capabilities that were badly missed when Mao Zedong marched the PLA into Tibet in 1950. While considering its responses, the Indian government asked the army chief of that time, General (later Field Marshal) K M Cariappa, what resources he had to intervene on behalf of Tibet. Cariappa could spare just one battalion (800 soldiers). And, so, New Delhi watched as Tibet was subjugated and the China border advanced all the way to the Himalayas.
Posted by Claude Arpi at 7:38 AM

China has no business in Tibet or in Turkestan. It is the most dangerous country today on account of its unrealistic ambitions. It gets away by bullying nations it thinks it can punish. It is time nations around it begin to defy its evil intentions.

Chinese are no supermen.