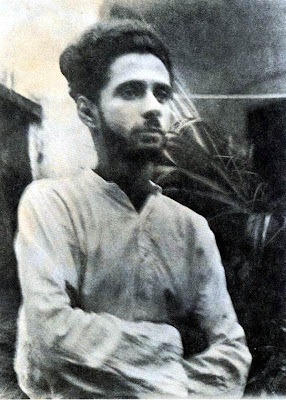 In an article published in The Hindu soon after his death on June 26, K.D. Sethna (known as Amal Kiran) was thus described: "According to many he was the foremost mystic poet of our generation, next only to Sri Aurobindo. Future will say whether he was the last of a great tradition or the forerunner of “those who shall be the creators of the poetry of the future”, as Sri Aurobindo anticipates in his Future Poetry."
But Amal Kiran who left his body at the age of 106 was also a great political thinker.
As the Editor of Mother India, a weekly then published in Mumbai in the 1940's (and later in Pondicherry), he wrote some of the most prophetic pieces on the international situation.
I reproduce here the Editorial of Mother India of November 25, 1950.
This could have been written a few weeks ago, except of course, for the actors who are no more.