When a Border Deal was Possible! 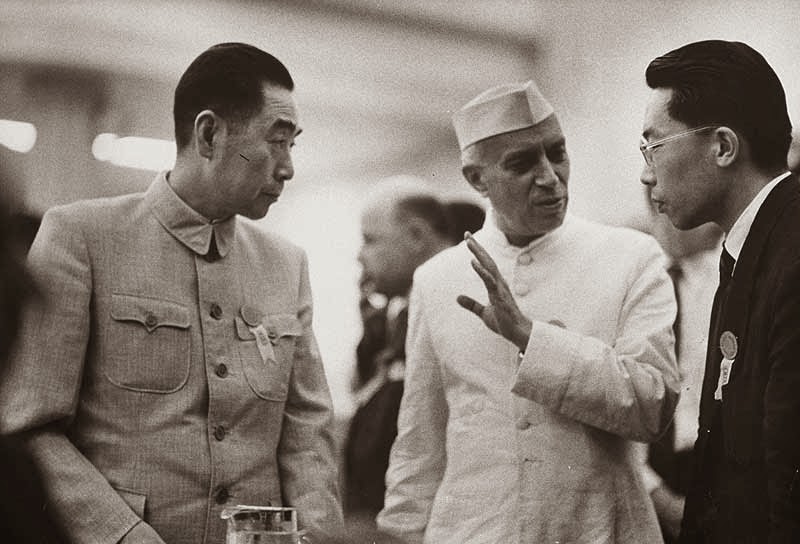 Shyam Saran, the former Foreign Secretary (and future National Security Advisor?) wrote an excellent article in The Business Standard yesterday.
Saran speaks of a 'lost opportunity' to solve the Sino-Indian border issue in the early 1980s.
He writes: "In 1983, when I was serving in our embassy in Beijing, there were a series of informal and confidential exchanges on the possibility of resolving the border issue. ...The answer was to point to Deng's package proposal, i.e. to formalise the status quo. Our counter was that something more than the status quo would be necessary given the grievous blow to Indian psyche that the 1962 war had delivered. There was some indication that if Gandhi would be ready to visit, then some additional territory in the western sector, occupied as a result of the 1962 operations, may be conceded. Unfortunately, the Indian side did not follow up on this and the opportunity was lost."


The Eight Rounds
Most of the Indian officials who were closely connected with the process of border talks between 1981 and 1988 cluster the eight rounds into two groups. Though the specific division varies, they all agree that the first four dealt with ‘basic principles’ and the last four with ‘the situation on the ground’.

The first round.
The first round of talks began in December 1981 with the Chinese offering the so-called package proposal, a suggestion Deng Xiaoping had put forth via the two visiting Indian journalists. Pared to the bone, this proposal entailed freezing the status quo on the ground, with minor concessions by both sides. Its seriousness can be questioned because, when pressed by the Indian side, the Chinese refused any cartographic examination.
In fact, according to a senior Indian official closely connected with this round, the Chinese did not appear interested in turning it into anything more than a propaganda exercise. When the Indian side appeared less than enthusiastic about the package proposal, the Chinese suggested that the border issue be frozen and progress be made on other matters such as scientific and cultural exchanges. Foreign Minister Rao rejected the Deng package proposal, contending that it equated the aggressor with the victim, denied the legality of the McMahon Line, and in no way assuaged India's 1962 humiliation. Furthermore, it was felt that the package would legitimize Chinese gains made through the use of force.
Additionally, there was a historical problem associated with this proposal as, in many ways, it was a reprise of the one made by Zhou Enlai in 1960. It had been rejected then because of Chinese claims to significant portions of land claimed by India. To accept the proposal in 1978 would have meant further territorial concessions. India's minimal expectation was that the Chinese would concede that they were occupying a modicum of Indian, or at least disputed territory. From a negotiating standpoint, this position could hardly be deemed particularly helpful, but it needs to be borne in mind that many in the Ministry of External Affairs had strong memories of the humiliating defeat inflicted on India by China in 1962 and this had strongly colored their perceptions.
In fact, in the words of an Indian diplomat who has been associated with the border talks, there are the so-called ‘settlers’ (of the dispute) and ‘non-settlers’ in the Ministry of External Affairs.

The second and third rounds
The first round ended without accomplishing much beyond agreeing to meet again. By the second round, which was held in New Delhi, Chinese ardor had cooled considerably and little transpired then or in the third round. India's position was that it would not discuss the legality of the case as the legal positions of the two sides had been fairly well documented in the Officials' Report of 1960. The one tangible concession that the Indian side was willing to make was that it would seek some common ground without abandoning its legal position...

But the real chance to sort out the border issue occurred earlier, in April 1960, when the Chinese Premier, Zhou Enlai visited Delhi. Since then, the scar of 1962 has greatly complicated the issue for the Indian public opinion as well as for the Indian political class.

I am posting here a description of the 1960 talks between Nehru and Zhou Enlai. Using the recently declassified P.N. Haksar Papers at the The Nehru Memorial Museum & Library, Lorenz Lüthi, an Associate Professor in History of International Relations at McGill University in Montreal wrote about the Sino-Indian Relations, 1954-1962.It is a good analysis.

The rest is history.
One point has to be noted: Nehru told Zhou that "after the Indian Supreme Court had recently made a land mark decision on unrelated border issues with Pakistan, any agreement on boundary changes had to pass through the process of a constitutional change in India’s parliament," this legal point is still probably valid today.
It makes the possibility to find a solution all the more distant.
Shyam Saran's article also proves that the Chinese are masters at moving the posts when it is in their interest to do.
Posted by Claude Arpi at 7:11 AM