China: Dalai Lama's incarnation to be produced only within the country 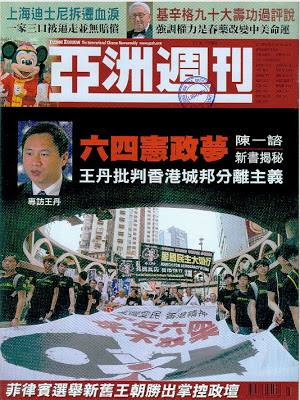 Since 2007, the Chinese Communist regime has been deeply interested in religion, particularly in the 'reincarnation' process.
In September 2011, the Dalai Lama decided to counter Beijing and speak about his own reincarnation.
He said:  “Moreover [the Chinese leaders] say they are waiting for my death and will recognize a Fifteenth Dalai Lama of their choice. It is clear from their recent rules and regulations and subsequent declarations that they have a detailed strategy to deceive Tibetans, followers of the Tibetan Buddhist tradition and the world community. Therefore, as I have a responsibility to protect the Dharma and sentient beings and counter such detrimental schemes, I make the following declaration. ”
He explained the general phenomenon of reincarnation which could take place either through voluntary choice of the concerned person or at least on the strength of his or her karma, merit and prayers. The Tibetan leader clearly says that the person who reincarnates has the sole legitimate authority over where and how he or she takes rebirth and how that reincarnation is to be recognized. For him, no one else can force the person concerned, or manipulate him or her.
The Tibetan leader added that the Chinese interference in the spiritual process is brazen meddling which contradicts their own political ideology and reveals their double standards.
The Dalai Lama’s conclusion was: “I shall leave clear written instructions about this. Bear in mind that, apart from the reincarnation recognized through such legitimate methods, no recognition or acceptance should be given to a candidate chosen for political ends by anyone, including those in the People’s Republic of China.”
This will probably not stop Communist China to continue to interfere in this purely religious matter. The Communist leadership today, like yesterday, is aware of the important factor religion has played and still plays on the Roof of the World: whoever controls the ‘lamas’ will be able to control the country.
This creates an unsolvable problem for the leadership of the Communist Party in Beijing, particularly when most of the ‘respected’ rinpoches have fled China and today live abroad.
Recently an article in the Asia Week published in Hong Kong, brought inklings on the Party's thoughts on the 'reincarnation' of the Dalai Lama.
The Tibetan blogger Tsering Woeser commented the interview of Prof. Jin Wei of the Central Communist Party School published by the Hong Kong weekly and linked it to an invitation to the Dalai Lama to visit Hong Kong.
The professor (who strangely resembles Woeser) seems very bothered by the possibility of having 2 Dalai Lamas (one in exile and one in China).
In the interview, she uses 'we' (meaning the leadership?).
One can understand Beijing, the legitimacy of their 'liberation' of Tibet may be postponed for several decades if the Dalai Lama takes birth in India.
Strangely, Prof. Jin admits that the 'Golden Urn' process of selection can be manipulated by Beijing.
If Beijing is serious about approaching the Dalai Lama, why can't they do it discreetly from a Chinese Embassy abroad during one the Tibetan leader's numerous trips outside India?
Why Hong Kong where all sorts of people/organizations would be too happy to 'receive' the Tibetan leader for their own glory or  political interests.
It is not the first time that shadowy figures like  Philip Li Koi-hop or Xiao Wunan, both based in Hong Kong try to use the Dalai Lama for their own publicity/business.
In any case, Tsering Woeser's analysis is fascinating. Worth reading...

What Do They Mean When They Say “We Must Strive to See that the Reincarnation of the Dalai Lama is Produced Only Within the Country”?