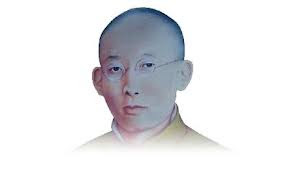 Recently, I wrote an article on the great scholar Gedun Choepell (or Choepel) for Seminar magazine.
Though the Amdo thinker always advocated changes in the Tibetan society, he was a fierce nationalist. I wrote in my essay:


In 1949, despite appearances to the contrary, Tibet was changing; the Kashag had decided to send a delegation to visit the neighbouring countries. Suddenly many in Lhasa understood the necessity of a written history showing that Tibet had been an independent nation for two thousand years. Gedun was freed and invited to write a new history of Tibet. But by this time he was a broken man and had started to drink heavily. His closest disciples considered his drinking and smoking habits to be the conscious suicide of a yogi. This could be debated, but it is clear that he was a desperate man.

The fact that he was asked to write a history of Tibet by the Kashag (Tibetan Cabinet) is a proof of his sincere nationalism; Gedun knew that Tibet had to fight to regain its past glory.
In the last years of his life, Gedun often used to go to the parade ground in Lhasa and watch the training of the Tibetan army. He admired the Great Kings of Tibet who once ruled over China and were able to keep Tibet united. He resented the 'political' divisions between the three provinces of Tibet. One day, he jokingly said:


For more than thousand years, the Dharma has impregnated the spirit of the Tibetans and what can we do now? One ironic solution would be to take the Jowo (the main statue of Buddha in the Central Cathedral of Lhasa) the symbolic nostril of all the Tibetan Buddhist tradition in Tibet and to install in the middle of the Tibetan territory, between Kham, Amdo and Central Tibet, in order to unify Tibet with the religion.

He knew that if the Tibetan society was unable to reform itself from inside, outside forces would come and do it. He was also aware that the blow would come from China. He told some of his disciples:


The Chinese remember what has happened thousand years ago, and they always think to get rid of the barbarians [from Tibet].
The Kuomintang is projecting to built a road which will penetrate inside Tibet, pretending that way to solve 'the Tibetan problem' in a time frame of three hundred years. The Chinese think in long term, and they are our mortal enemy. The Communist Chinese are going to come. Take care of your language, written as well as spoken.

Just one month after the Communists entered Lhasa (September 1951), he passed away.
The sad irony of the story is that Communist regime in Lhasa is now planning to open a museum in memory of the Tibetan scholar.
China Tibet Online reported: "A museum in commemoration of Gedun Chophel, a Tibetan humanism pioneer and scholar, is expected to be completed in Lhasa in July, 2013."
The Chinese website commented: "With a strong Tibetan flavor, the Gedun Chophel Museum is part of the Lhasa old town's protection project, covering an area of 1,269 square meters and consisting of three stories."
According to the Communist media: "[Gedun Chophel] pursued truth, upheld humanist spirit, turned his conception of history from Buddhist theology to humanism, and made important contribution to Tibetan modern academic and intellectual history."
A list of the achievements of the scholar from Amdo is also given: "He participated in the survey and the catalog of the remains of the palm-leaf manuscripts in Tibet, the interpretation of ancient Tibetan literature in Dunhuang, the exploration of Tibetan philology, the English translation of Tibetan ancient books and other groundbreaking academic activities. He also wrote and translated a lot of books, and produced a great number of paintings. All these promoted the later development of Tibetology."
It is not strange that to 'memorize Gedun Chophel'，the government of Tibet Autonomous Region decided to build a museum in his name?
Poor Gedun Choepell, wherever he is today, he must be horrified, or perhaps, he is just laughing at the ways Chinese propaganda is able to use anything for its benefit.
Gedun dreamed of uniting the Three Provinces, now he is uniting the Communists and the exiled Tibetan youth in his cult.

Footnotes:
1. ‘A constitutional fiction’, in Lord Curzon’s words.
2. The largest monastery of Amdo.
3. In eastern Tibet ‘Alak’ corresponds to ‘Rinpoche’ or ‘Precious’. It is a title used by reincarnated lamas.
4. Though nobody knew of Leonardo da Vinci in Labrang.
5. Located in Swat Valley in today’s North West Province of Pakistan.
6. The Mirror.
7. Ragpa, one of the Pandatshang brothers was himself a great scholar, but because of his connections with the KMT government in Nanjing, he was later declared persona non-grata and expelled from India.
8. Today, western Arunachal Pradesh.
9. National Archives of India, Reports regarding Gedun Chompel La, alleged to be a communist and an agent of Soviet Russia and Ceishe Cholak of Tibet, nos. 8(50)-NEF, 1948 (Secret), NEF, 1948.
10. Good for the Tibetan government who had failed to understand the changed times.
Posted by Claude Arpi at 8:14 AM