Debates in the Middle Kingdom? 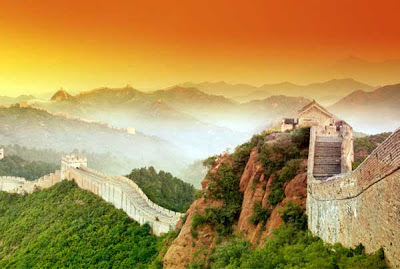 I usually like what Francesco Sisci, an Italian journalist working in China for the daily Il Sole 24 Ore, writes.
His latest piece in Asia Times is fascinating and opens new horizons on Chinese history and refusal of the present Communist regime to debate their history.
It reminds me that a few years ago, a leading Chinese historian had taken a different stand than the usual official line on China’s historical sovereignty over Tibet.
Professor Ge Jianxiong, Director of the Institute of Chinese Historical Geography at Fudan University in Shanghai stated in an article in The China Review: “It would be a defiance of history to claim that Tibet has always been a part of China since the Tang Dynasty (7th to 10th century).”
While going through China’s historical record, he noted: “At least [Tibet] was not administered by the Tang Dynasty.”
His point is that otherwise: “there would have been no need for the Tang emperor of the day to offer Princess Wen Cheng in a ‘marriage of state’ to the Tibetan king, Songtsen Gampo.”
He however reiterated that Tibet’s takeover occurred during the Qing Dynasty; it was the starting point for Chinese ‘sovereignty’ over the Himalayan region.
Interestingly Ge pointed out that before the foundation of the Republic of China in 1912, the idea of China or Middle Kingdom (Chinese, Zhongguo) wasn’t clearly conceptualised. Even during the late Manchu dynasty the term ‘China’ would on occasion be used to refer to the “Qin State, including all the territory that fell within the boundaries of the Qing empire; though at times, it would refer only to the ‘18 interior provinces’. Manchuria, Inner Mongolia, Tibet and Xinjiang were not included.”
Prof. Ge goes a step further: “If China really wishes to rise peacefully and be on a solid footing to face the future, we must understand the sum of our history and learn from our experiences.”
The fact that his article was published in China Review proves that everybody does not toe the Party line in China today.
Another point should be mentioned: the Yuans, the Mongol successors of the Khans, never administered Tibet directly. The situation of Tibet was similar to that of some territories occupied by the Mongols, especially in Russia, which were self-ruled. Maps published in 1914 by the Chinese government do not show Tibet as a part of the Chinese Empire during the Yuan Dynasty.
On the other hand, after the fall of the Yuans, the intense religious ties that Mongol Khans maintained with the Tibetans continued right up to the advent of the communists and the Stalinist repression.
The new manuscripts referred to in Sisci's article should open up new vistas and debates on the relations between China and Tibet.
Sisci writes: "It is as if we were just seeing a sweet face and from that we guessed it belonged to a girl, but then the frame expands and we see the body of a person who is clearly a boy".
It is worth digging and expanding.

Francesco Sisci is a columnist for the Italian daily Il Sole 24 Ore. His e-mail is fsisci@gmail.com (Copyright 2013 Francesco Sisci.)
Posted by Claude Arpi at 7:34 AM