Pray that we have the sense to read China

My article Pray that we have the sense to read China appeared in the Edit Page of The Pioneer today.
Here is the link...

The Pioneer
June 20, 2013
in Edit Page
Perhaps Saint Antony can deliver us from the dilemma: How do we tackle an increasingly belligerent Beijing without ruffling its oh-so-sensitive feathers? As we debate, our neighbour adds more strength to its air power

In Europe, there is a belief that if you have lost something, whether it is a material object or a dear one who can’t be traced, or even if you face too many hurdles in a particular project, the best way to solve your predicament is to pray to Saint Antony, who is venerated for his many miracles and his capacity to redeem any lost situation.
India seems to have lost its capacity to stand up to China; most defence deals are missing (not even in action) in the dust of babudom; further, the country has misplaced its capacity to innovate. Can Saint Antony intervene?
Why should there be such an urgency to pray to the saint of Padova?
While India is struggling to modernise its armed forces, China has never been so innovative (helped by ‘borrowing’ from others, in President Barack Obama’s opinion); the Middle Kingdom is fast-moving in all domains, but particularly in ‘defence preparedness’, forcefully advocated by President Xi Jinping. And when Beijing can’t innovate, it acquires.
On June 6, the Chinese edition of The Global Times reported that a Chinese delegation was in Moscow to discuss with Russian arms export officials the purchase of the latest Sukhoi SU-35 fighter jet. A day earlier, the Russians had given the Chinese delegation, a grand demonstration of the multipurpose jet’s capacities. The Global Times said: “The primary mission of the visit was to determine and assess the technical capabilities of the new multifunctional fighter jet.” While both sides refused to reveal the number of jets in the deal, a Russian official hinted that it would be a “very sizable” number. Interestingly, Russian Government officials have also confirmed that this would be a ‘supply contract’ and no manufacturing license would be given to China. The Russian media said that the political decision had already been made, the two parties were just negotiating the payment schedules which should not be too much of a problem. 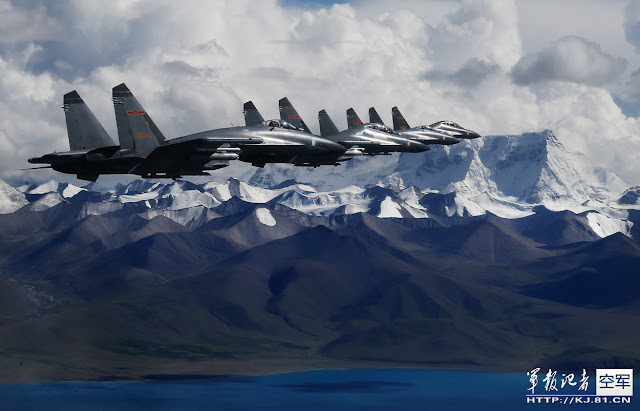 As the pressure on India keeps increasing, news agencies announced that France will start delivering its first Rafales to India by 2016. If true, this is good news for New Delhi and Paris. The financial daily, Les Echos, quoted French Defence Minister Jean-Yves Le Drian as saying that Dassault will stop production of Rafale for 18 months — from 2013 for an export contract (Read: For the IAF).
Let me explain. France has a Defence Planning Law called ‘Loi de Programmation Militaire’. it is a five-year plan which takes care of the country’s military requirements. The French Budget said that in 2016, the Directorate General of Armament and the Ministry of Defence have planned to acquire only four Rafales (leaving 11 for India). Dassault Aviations, the manufacturer of the Rafale, has an order with the French Air Force for 180 Rafales, out of which 119 have already been delivered. The factory produces some 11 planes in a year, though there is an agreement that if Dassault gets an export order, the delivery of Rafales to the French Air Force may be stopped to enable the delivery chain to work for the export.
If one considers that it takes three-and-half years to produce a Rafale, and the delivery of the first of the 18 planes to be built in France is scheduled for 2016, one can deduct that the production of the ‘Indian’ Rafales will have to start latest by the end of this year. Can Mr Le Drian manage a miracle à la Saint Antony and accelerate the negotiation process between the Ministry of Defence and Dassault Aviation when he visits India in July? It is a one-billion Euro question!
Under the proposed deal, Dassault is to supply 18 Rafales in ‘fly-away’ (off-the-shelves) condition; then the Government of India undertaking Hindustan Aeronautics Limited will manufacture the remaining 108 planes in Bangalore (or elsewhere in India). But from the start, Dassault had some doubt about the ‘indigenous’ capacities of HAL. Hence, separate contracts for the 18 and the 108 have apparently been proposed by Dassault. This may not be acceptable to the Indian Government which is aware that a ‘middle path’ solution needs to be found. During a Press conference at the Aero Show 2013 in February in Bangalore, Air Chief Marshal NAK Browne spoke of a possibility: HAL would outsource parts of the ‘assembly’ of the plane to Indian private companies, but would keep the overall monitoring of the project. But is this agreeable to South Block babus?
Last week, Mr Eric Trappier the chairman of Dassault, said in an interview: “We are actively working on the Indian contract...  But it does not mean just selling planes; we have also to conclude an agreement for license production... The discussions are about ‘who does what’, ‘who is responsible for what’.” 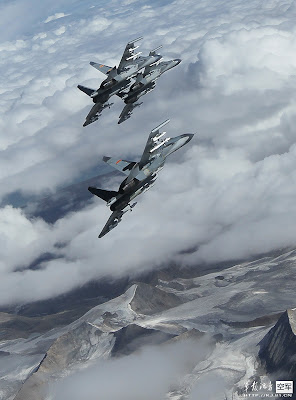 It is not that the Russian contract for the SU-35 to China is without hurdles. Russia wants to protect its intellectual property rights over the 117S engine of its fighter jet, especially after Beijing is suspected to have borrowed engine technology from the Su-27SK to produce its J-11 jet. This time, China appears to have made concessions and dropped the technology transfer, while Russia may agree to sell China 24 Su-35s, rather than 48, the threshold for an ‘economical’ transfer. The Russian Federation will probably demand further guarantees from China; a Russian Ministry of Defense official told Kommersant, a business publication: “Moscow is not only aiming to ensure its presence on the Chinese market but also attempting to prevent the potential copycat production of Russian aircraft for subsequent sales to third parties with predatory pricing.” Even China’s friends do not always trust the PLA! But for Moscow as well as Beijing, the Su-35 contract demonstrates the new strategic co-operation reaffirmed during President Xi’s visit to Russia in March. The new Chinese Defence Minister told his Russian counterpart that bilateral defence co-operation was a key part of Sino-Russian relations.
What should truly worry New Delhi and add to the urgency of signing the Rafale deal are the repeated Chinese air exercises on the Qinghai-Tibet Plateau. Last year, news agencies reported that China tested its multi-role J-10 fighter jets for the first time at high altitude. According to Chinese media, in March 2012, the People’s Liberation Army Air Force conducted a first of its kind ground attack training on the Tibetan plateau. The PLA Daily published some photos showing the ground crew of J-10 regiment fuelling the fighters and loading ammunition at an altitude of 3,500-meter-high with temperatures below -20 C. The Chinese jets could attack targets with conventional as well as laser-guided bombs, it says.
In two or three years’ time, Sukhoi 35, far superior to the J-10, will probably be seen in the Himalayan sky. Will India then be able to match China with a few Rafales? If it is New Delhi’s desire, it should move now. The French prayers to Saint Antony may not be enough to seal the Rafale deal; Indian gods will probably have to be called in for the finalisation of the contract.
Posted by Claude Arpi at 5:55 AM