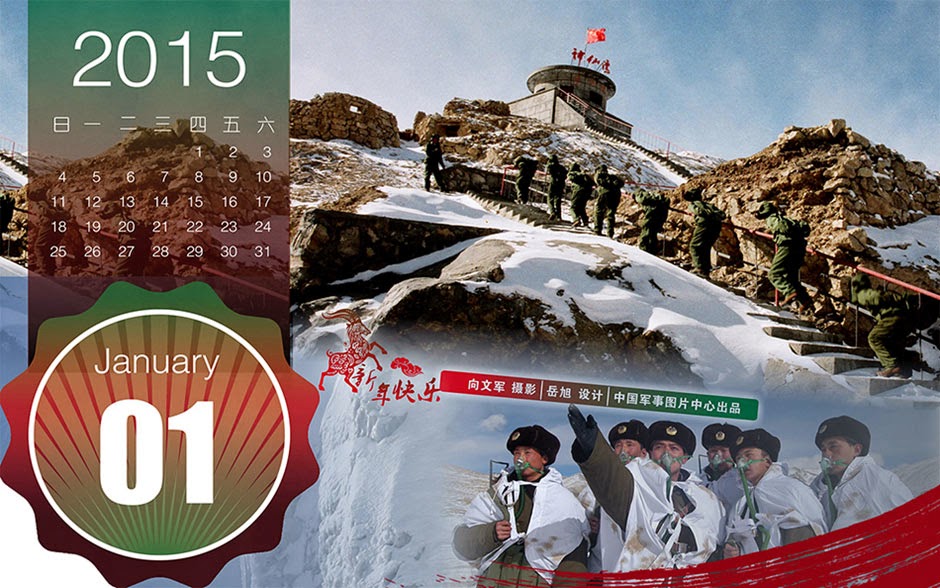 As Prime Minster Narendra Modi was on his way to Arunachal Pradesh, Beijing was at it once again, calling Arunachal a ‘disputed’ area.
Hua Chunying, China's Foreign Ministry spokeswoman said in a statement: “the act of the Indian side is not conducive to properly resolving and controlling disputes between the two sides, nor in conformity with the general situation of growth of bilateral relations.”
Has China ever thought of asking the people of Arunachal Pradesh on which side they would like to be?
No, in any case, China does not believe in democracy.
Xinhua further reported: “Modi visited a disputed zone in the eastern part of China-India borders to attend activities marking the founding of the so-called ‘Arunachal Pradesh’, a state that Indian authorities illegally and unilaterally declared in 1987.”
In an earlier posting, I mention: “Contrary to what China says today, the McMahon Line is very much legal: it was signed by the Prime Minister of Tibet (Lochen Shatra) and India’s Foreign Secretary (Sir Henry McMahon) in March 1914. As importantly, during the last two millennia, the Chinese have never set a foot in Arunachal Pradesh (formerly NEFA), except for one short visit in one particular location in 1910.”
Ms Hua’s affirmations does not make Arunachal a ‘disputed’ area, even though she said: “The Chinese government has never recognized the so-called 'Arunachal Pradesh’," adding “China's stance on the disputed area on the eastern part of the China-India border is consistent and clear. …it's an universally recognized fact that huge disputes exist on the eastern section of China-India borders.”
A ‘universal fact’ only recognized in China!
It is however true that the Middle Kingdom has always been under the impression that China and the Universe is the same thing!
Today, Beijing dares to affirm: “The so-called ‘Arunachal Pradesh’ was established largely on the three areas of China's Tibet -- Monyul, Loyul and Lower Tsayul currently under Indian illegal occupation. These three areas, located between the illegal ‘Mcmahon Line’ and the traditional customary boundary between China and India, have always been Chinese territory. In 1914, the colonialists secretly contrived the illegal ‘Mcmahon Line’ in an attempt to incorporate into India the above-mentioned three areas of Chinese territory. None of the successive Chinese governments have ever recognized this line. In February 1987, Indian authorities declared the founding of the so-called ‘Arunachal Pradesh’.”
These misplaced declarations are certainly not conducive to properly resolving disputes between the two sides ...nor it is in conformity with the growth of bilateral relations.
But does Beijing realize that?
Probably not!
Ms Hua may “demand the Indian side to pay attention to the strong concern of the Chinese side," but it is a fact No Chinese ever stepped in Arunachal (then NEFA) before 1962, nor had China claimed, what they today call a ‘disputed’ territory, before 1959 when the first incidents occurred in NEFA and Ladakh.
By the way, have you seen the new PLA calendar released in the occasion of the Chinese New Year?
On the first page, the Indian border in Ladakh figures prominently.
Is it an ominous sign for the Goat Year?
The top picture was taken at Shenxiawan, a few kilometers north of the Karakoram Pass (and Daulat Beg Oldi).
Here are a few photos of Shenxianwan in Summer. 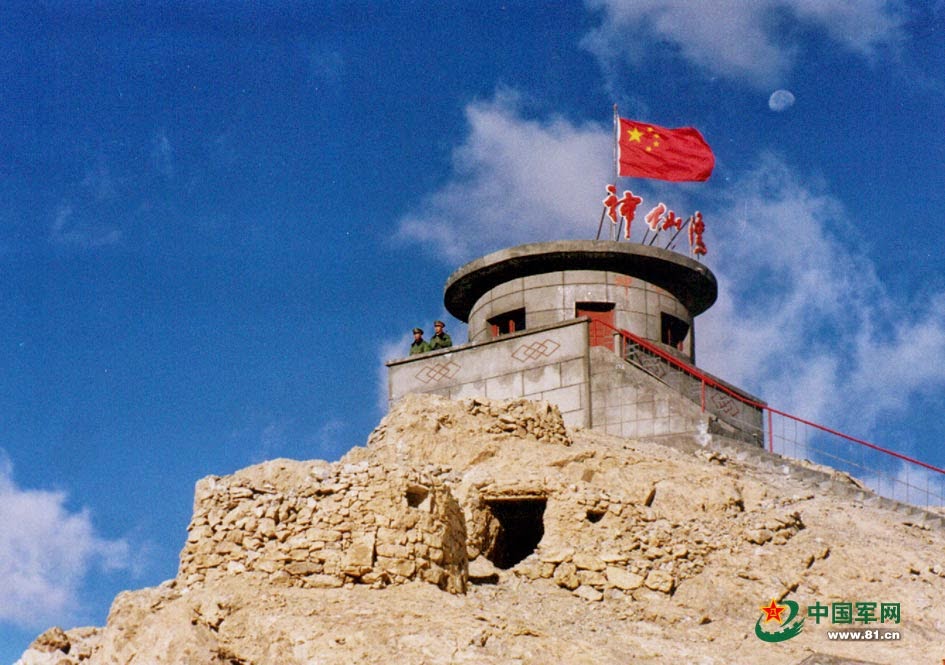 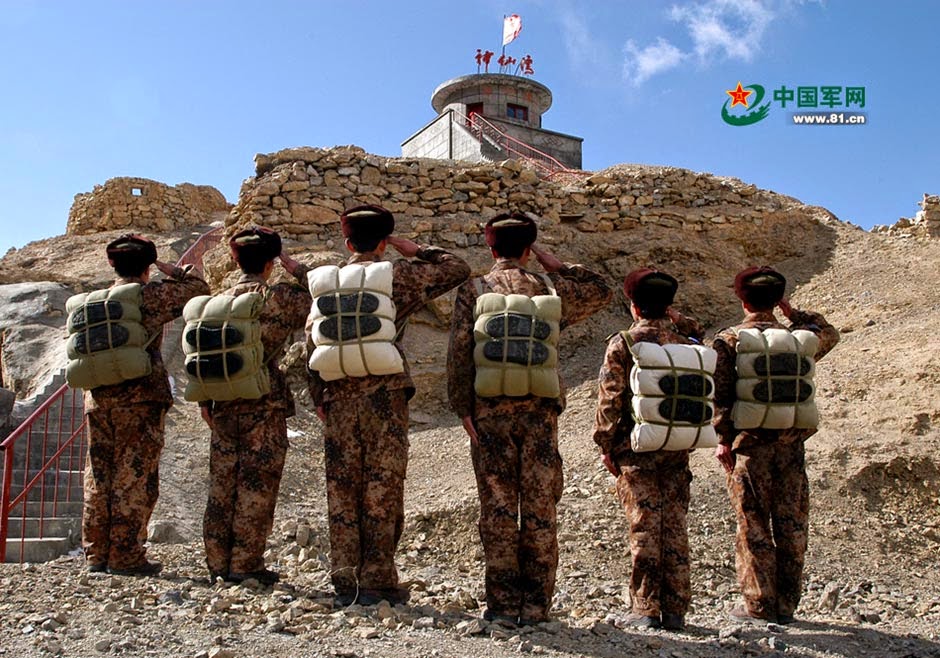 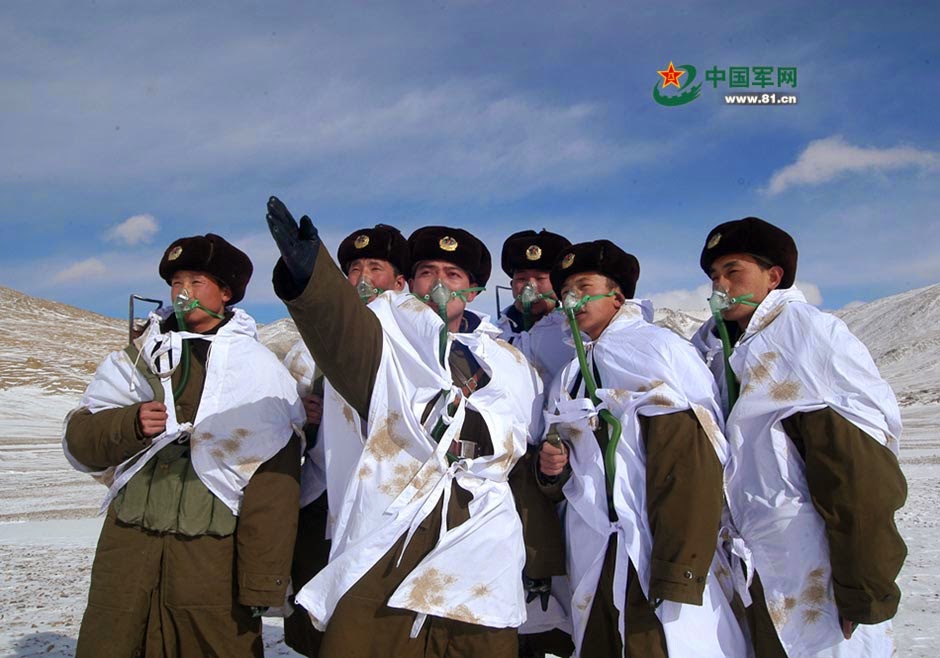 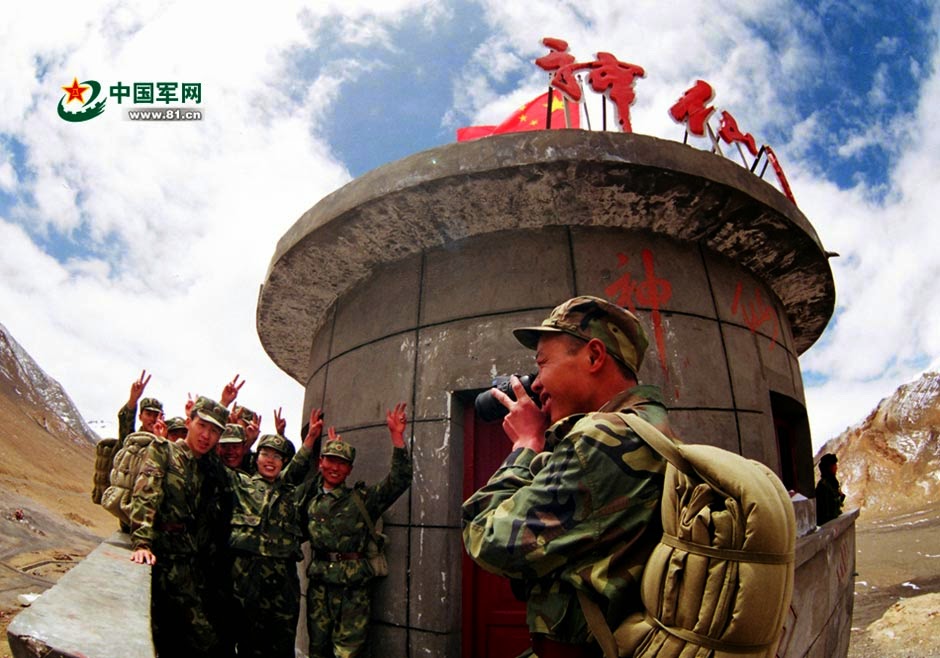