Can Modi Make it in India? 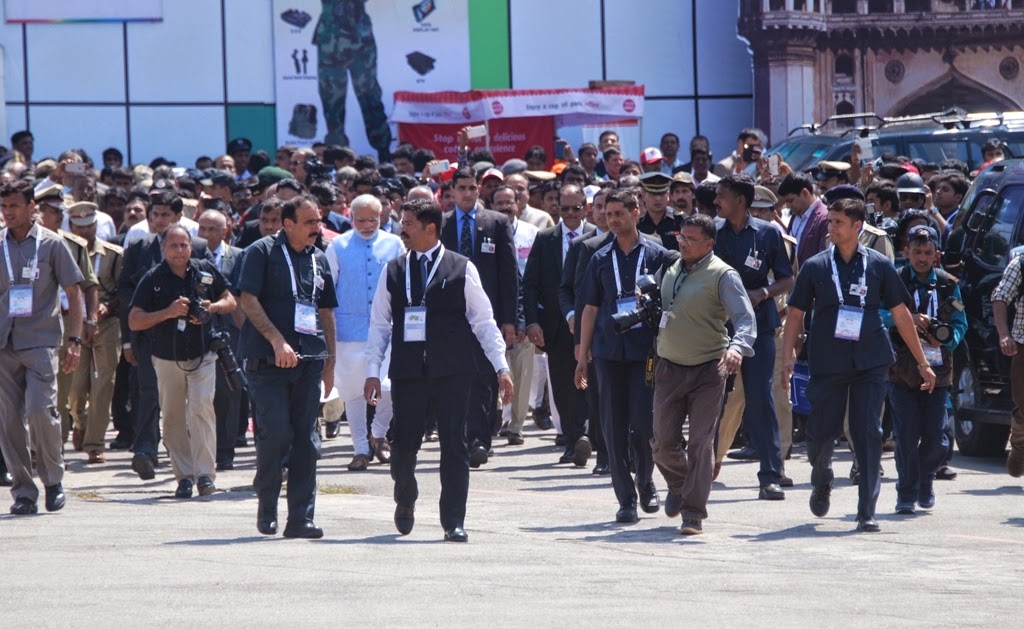 My article on the Aero India 2015 in Rediff.com

'It appears that Prime Minister Modi has to undo 50 years of State monopoly in the defence sector during which public undertakings like HAL or DRDO monopolised defence production and development with disastrous consequences.'
'It is high time the Indian private sector brings its dynamism into play and gives Mr Modi a boost to realise his Make in India dream,' reports Claude Arpi from Aero India 2015.

As Aero India 2015, organised on the theme 'Make in India', concluded at Yelahanka Airport in Bengaluru, it is perhaps time to take a fresh look at India's development and problems in aerospace, defence, civil aviation and defence manufacturing.
The 2015 show was a big one: More than 700 companies participated; big players like Israel, Russia, France and the United States came to Bengaluru with impressive armadas of equipment and staff.
A telling incident: As I was walking through the stands, a French exhibitor said how impressed he was by India. "Do you know in France, we have only a couple of publications devoted to aviation/defence. I am surprised to see so many here," he said.
I tried to enumerate a few and reached nearly ten. Later I enquired with a retired air marshal of the Indian Air Force, he smiled and told me: "You are wrong, we have 37 publications."
During the air show, some of them published a daily update of several pages, edited at night between Bengaluru and Delhi and printed in the IT City for free distribution the next morning at 9 am.
It does show the extraordinary vitality of the defence sector in India. It is true that the theme of the 2015 edition of the air show -- 'Make in India' -- was particularly exciting for the professionals.

Click here to continue reading...
Posted by Claude Arpi at 6:57 AM